Get Ready for the World’s First-Ever Pan-African Pride 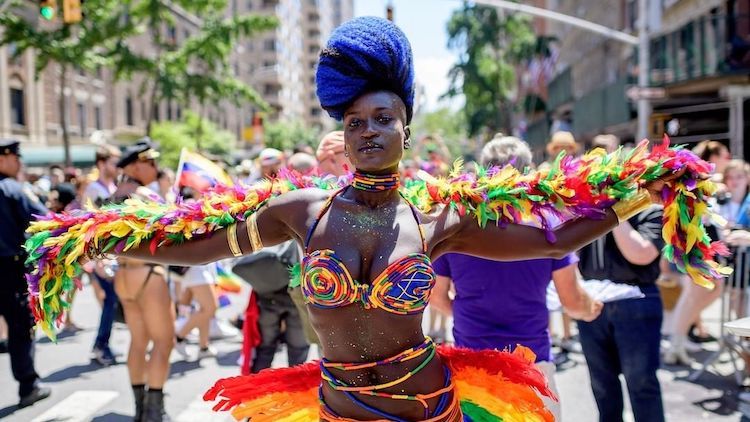 Pride Afrique, a live three-day event taking place August 14 through 16, will be broadcast in four languages and tell “three dimensional stories of African queer persons at home and in the diaspora,” according to the Star Observer.

“The global media has been flooded with narratives of a completely homophobic and hopeless Africa,” David Nnanna Ikpo, Nigerian lawyer, novelist, and event organizer tells the Star Observer in an exclusive interview. “We are never in the news or in discussions until there is a Hollywood script of dusty, poverty stricken, hungry Africa where queer men are only ever lynched. Queer women, children, professionals, healers, artists, parents are invisible and erased.”

Ikpo explains that Pride Afrique is not meant to fight these “destructive narratives” directly, but instead provide a global platform for marginalized African queer voices. Pride Afrique will provide this platform via story-weaving sessions featuring themes of the “intergenerationality of same-sex love, gender transgression, queer parenting, [and] inter-faith queer revolutions” in a celebration of affirmation and empowerment.

It would be impossible to ignore the history of enslavement and colonialism, and Ikpo does not shy away from the subjects. Instead, he sees “content creation and storytelling” as essential parts of African “emancipation, most especially for us who need to nourish ourselves and our children with stories of love, of laughter or triumph and defiance.”

In the end, though, Ikpo sees Pride Afrique as an essential tool to sharing these often-overlooked stories with a larger audience.

“And because these stories do not get the spotlight, they do not travel far,” he explains. “So now we are coming together, calling on all queer stories, we are building our own light, and weaving the rainbow kente in the glare of the sun.”

Pride Afrique will be a live two-hour daily event begining 1:00 p.m. EDT August 14 through 16, and can be accessed through Pride Afrique’s website. It will be streamed in English, Arabic, French, and Portuguese.