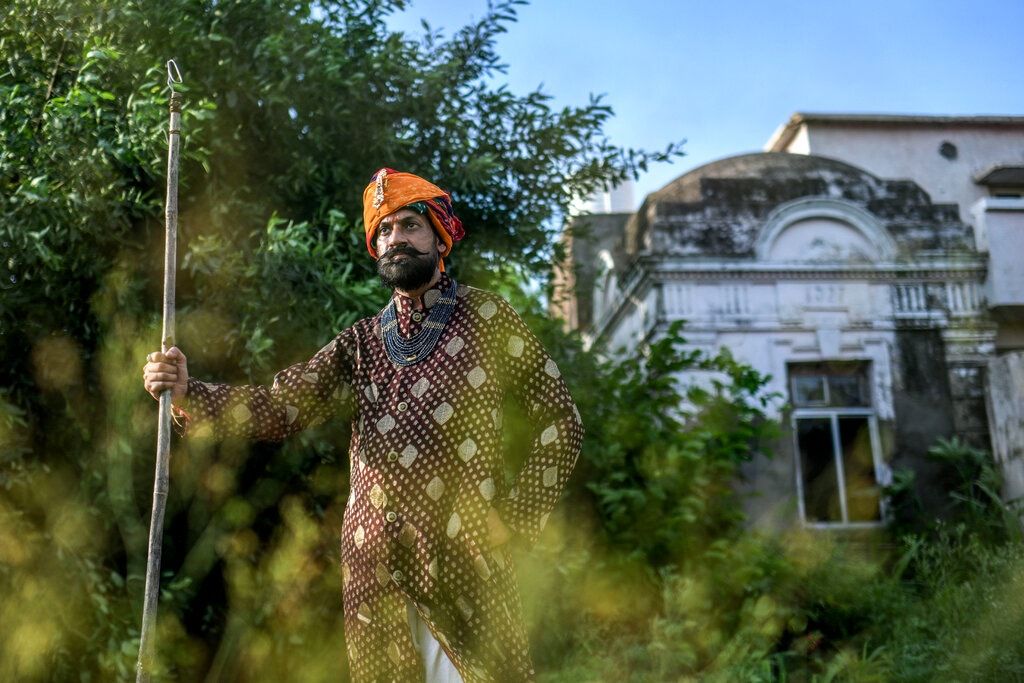 Born into a royal family that once ruled the kingdom of Rajpipla in India, he was raised in the family’s palaces and mansions and was being groomed to take over a dynasty that goes back 600 years.

But then he gave an interview that prompted his mother to disown him and set off protests in his hometown, where he was burned in effigy.

Since coming out as gay in that 2006 interview, Prince Manvendra Singh Gohil has faced a torrent of bullying and threats, and was disinherited by his family for a period.

But he has also earned global accolades for his L.G.B.T.Q. advocacy, becoming one of the few gay-rights activists in the world with such royal ties.

As part of his efforts, Prince Manvendra, 55, has appeared on “The Oprah Winfrey Show” three times, swapped life stories with Kris Jenner on “Keeping Up With the Kardashians” and is working to establish a shelter for L.G.B.T.Q. people on his property in the Indian state of Gujarat. He is also working with several aid agencies to prevent the spread of H.I.V. among gay men.

Prince Manvendra and his husband, deAndre Richardson, have spent the last few months in lockdown getting the shelter ready. They envision a safe space where those who have been disowned by their families can get back on their feet and learn job skills.

“I know how important it is to have a safe space after coming out,” the prince said.

Although India abolished the princely order in 1971, the honorary titles are still commonly used for royal descendants, and traditional responsibilities are still carried out.

Prince Manvendra at the Amsterdam Gay Pride festival in 2018.Credit…Shutterstock

When the prince shared that he was gay in that front-page newspaper interview 14 years ago, it created a storm of mostly negative publicity. It was shocking for a member of an Indian royal family, especially one from the rigidly conservative Rajput warrior clan that once ruled over large parts of northern and central India, to come out so publicly. Being gay was a criminal offense in India under the archaic British law in effect at the time. The law was struck down in 2018.

The fallout from his announcement was brutal, beginning with protests in his hometown, Rajpipla, where he was burned in effigy. His mother took out a newspaper advertisement to announce she was disowning him.

The government offered him security after he received several death threats, but he turned down the offer and refused to back down. “I decided that I would continue fighting because I have truth on my side,” he said.

Prince Manvendra was born in 1965 to Raghubir Singh Gohil, the current honorary maharajah of Rajpipla, and Rukmani Devi Gohil, the daughter of the former maharajah of Jaisalmer.

By that time, the era of fabulously rich Indian maharajahs had already waned. His great-grandfather’s ostentatious display of wealth, with stables of racehorses and garages filled with Rolls-Royces (nearly a dozen), was no longer welcome in a newly independent India where socialism, austerity and self-sufficiency were the new mantras.

Although Prince Manvendra’s family no longer ruled a kingdom, the old ways still largely prevailed. He spent most of his childhood in his family’s seven-bedroom mansion in Mumbai, staffed by servants who had worked for the family for generations. He barely saw his parents and was raised primarily by the same nanny who had raised his mother.

“Until I was 9 or 10, I thought my nanny was my mother,” he said. “I didn’t realize that the glamorous woman who appeared once in a while was actually my mother.”

The lack of parental love still wounds him. “Why do parents give birth to children if they don’t want to take care of them?” he said.

His childhood was excruciatingly lonely. His only friends were the birds and other animals he rescued as a young child. “I grew up with literally no friends, because I knew I couldn’t invite anyone home,” he said, because he was allowed to socialize only with children from a similar background.

He earned a college degree in commerce and accounting and went on to complete law school, although he has never practiced law.

In 1991, he married Chandrika Kumari, a princess from the royal family of Jhabua, a match entered into voluntarily, he emphasized.

“I was attracted to men but I thought it was just a passing phase,” he said. “I had never been allowed to spend time alone with a girl, and sex before marriage was out of the question.”

Being gay was not a possibility that ever crossed his mind, he said, because he knew nothing about it.

“Once we got married, it became clear to me that I wasn’t interested in women sexually,” he said. “We were very good friends, we got along very well, but there was no sexual attraction.”

The couple called it quits 15 months later, a split that caused an uproar in royal circles. After the divorce, he said, he was wracked with guilt and confused about his sexuality. He moved back to Mumbai, a 26-year-old divorced virgin, and started exploring his sexuality for the first time.

“I started reading books and magazines. I saw an article about Ashok Row Kavi and his gay magazine Bombay Dost. I decided to get in touch with him and ask him if I could possibly be gay,” he recalled.

Mr. Kavi is a father of India’s gay-rights movement. In 1977, he came out publicly and went on to found Bombay Dost, India’s first gay magazine, in 1990. He founded the Humsafar Trust, the first group to provide health services and advocacy for gay men, in 1994.

Mr. Kavi introduced Prince Manvendra to other people in the community and trained him as a counselor. He remembers the young prince as a painfully shy introvert, who was slowly starting to become comfortable with his identity. He said the prince quietly funded the first telephone help line for gay people in India.

In 2000, with Mr. Kavi’s encouragement, the prince started the Lakshya Trust in Gujarat to help the gay community there.

The work was fulfilling, but as a closeted gay man, the prince said, it became increasingly difficult to do the advocacy work needed for Lakshya. And there was growing pressure to remarry.

After he suffered a nervous breakdown in 2002, his psychiatrist convinced him the first step in his recovery was to come out to his parents.

It was the beginning of a long and bitter ordeal. “My parents were in an absolute state of denial,” Prince Manvendra said. “They declared that science must have a cure for my condition, a surgery perhaps or shock therapy to cure my ‘disease.’”

But every doctor his parents consulted told them the same thing — homosexuality was not a disease or a mental disorder. His parents finally gave up on medical science and decided to try religion instead. For three years, they took him to dozens of religious leaders around the country.

“Ashok told me to cooperate with them completely,” the prince said. “To let them be satisfied that they’d tried their best.”

There were financial consequences to his coming out. He says that he was removed from several family businesses and that his mother threatened to persuade the government to cancel funding for the Lakshya Trust.

“I finally reached a point in my life where I couldn’t take it anymore,” he said. “I decided to tell the whole world.”

Over the past 14 years, the once-shy royal has grown accustomed to the spotlight and become a vocal activist for the gay rights movement. Apart from his work with the Lakshya Trust, he is a founding member of the Asia Pacific Coalition on Male Sexual Health and is an ambassador consultant of the AIDS Healthcare Foundation.

“He was living a very troubled life, under a lot of pressure,” said Chirantana Bhatt, a close friend. “But now it’s a life of pride, in the true sense.”

He has also found love. In 2013, he married Mr. Richardson, an American he met online in 2009, in the United States. The couple live on an estate in Gujarat given to the prince by his father. His modest brick house there is a far cry from the opulent palace of his ancestors, but he says he could not be happier.

His father, the maharajah, acknowledged in an interview that it was difficult for the family to come to terms with his son’s sexuality and the constant media attention on the family.

“But it’s his decision,” the maharajah said.

His relationship with his mother remains frosty, but other members of the family have been supportive, he says. His grandmother, on her deathbed, expressed her happiness that he had found a partner to share his life with.

Prince Manvendra is cautiously optimistic about the future. He is not sure if he will become the next honorary maharajah of Rajpipla. “I have left it to my family members,” he said. “I would prefer to keep working for my cause because the role of maharajah comes with a lot of responsibilities and duties that would divert me from my activism.”

Prince Manvendra in front of the remains of his royal palace on the banks of Narmada in Gujarat.Credit…Atul Loke for The New York Times
READ ORIGINAL ARTICLE

PrevPreviousSA may be top 15, but we’re one of the countries with the highest recovery rate and lowest mortality rate.
NextBBC swamped with complaints for showing two girls kissing on teen drama The Next StepNext