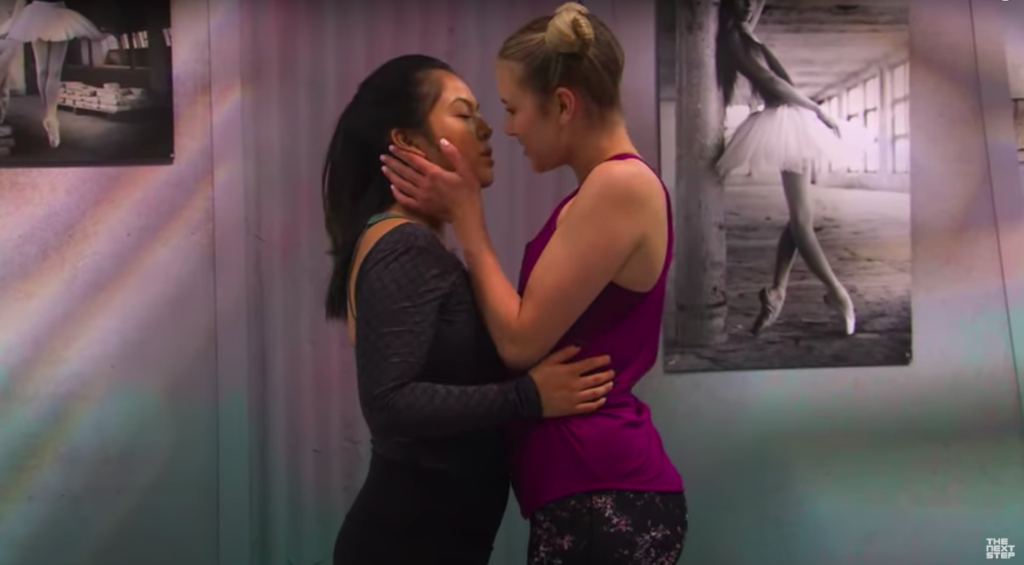 The BBC has been swamped with complaints for an episode of The Next Step that showed two teenage girls kissing.

The same-sex kiss – the first kiss of two teenage girls falling in love with each other – was aired on CBBC last month and watched by thousands of viewers.

The Next Step is a Canadian drama following a professional dance studio. In the episode featuring the kiss, friends Jude (Molly Sanders) and Cleo (Dani Verago) perform a duet together – and it becomes clear that their feelings for each other are not purely platonic.

Many viewers have praised CBBC for showing queer youth, but according to The Metro “more than 100” others wrote in to complain.

On its complaints website, the BBC said that the decision to include the kiss “was taken very carefully and with much consideration”.

Rejecting complaints that showing the kiss was “inappropriate for the audience age”, the broadcaster said that “CBBC regularly portrays heterosexual young people dating, falling in love, and kissing, and it is an important way of showing children what respectful, kind and loving relationships look like”.

Showing the kiss came about after CBBC and Boatrocker, the production company who make the show, “acknowledged that the series could and should do more to reflect the lives of LGBTQ+ young people”.

“This is an important part of our mission to make sure that every child feels like they belong, that they are safe, and that they can be who they want to be,” the BBC continued.

“We believe that the storyline, and the kiss, was handled with sensitivity and without sensationalism, following as it did the portrayal of Jude and Cleo’s developing relationship.

“Same-sex relationships have already featured in other CBBC shows such as Jamie Johnson, 4 O Clock Club, Dixie and Marrying Mum and Dad, and (contrary to what was reported in the press about The Next Step) the first same-sex kiss on CBBC was in fact in Byker Grove, many years ago.”

Stonewall’s head of policy and research, Eloise Stonborough, praised The Next Step episode in a statement to The Metro as “an exciting moment for LGBT+ representation”.

“It’s important for everyone to be able to see themselves in mainstream media and to know they have a place in society,” she said.

“When lesbian, gay, bi and trans people aren’t reflected in what they watch, young LGBT+ people can get the impression that there is something is different or wrong about them.

“Representation can help young LGBT+ people understand themselves by relating to lesbian, gay, bi and trans characters, and improves understanding of what it means to be lesbian, gay, bi or trans, which helps everyone to be more accepting.”