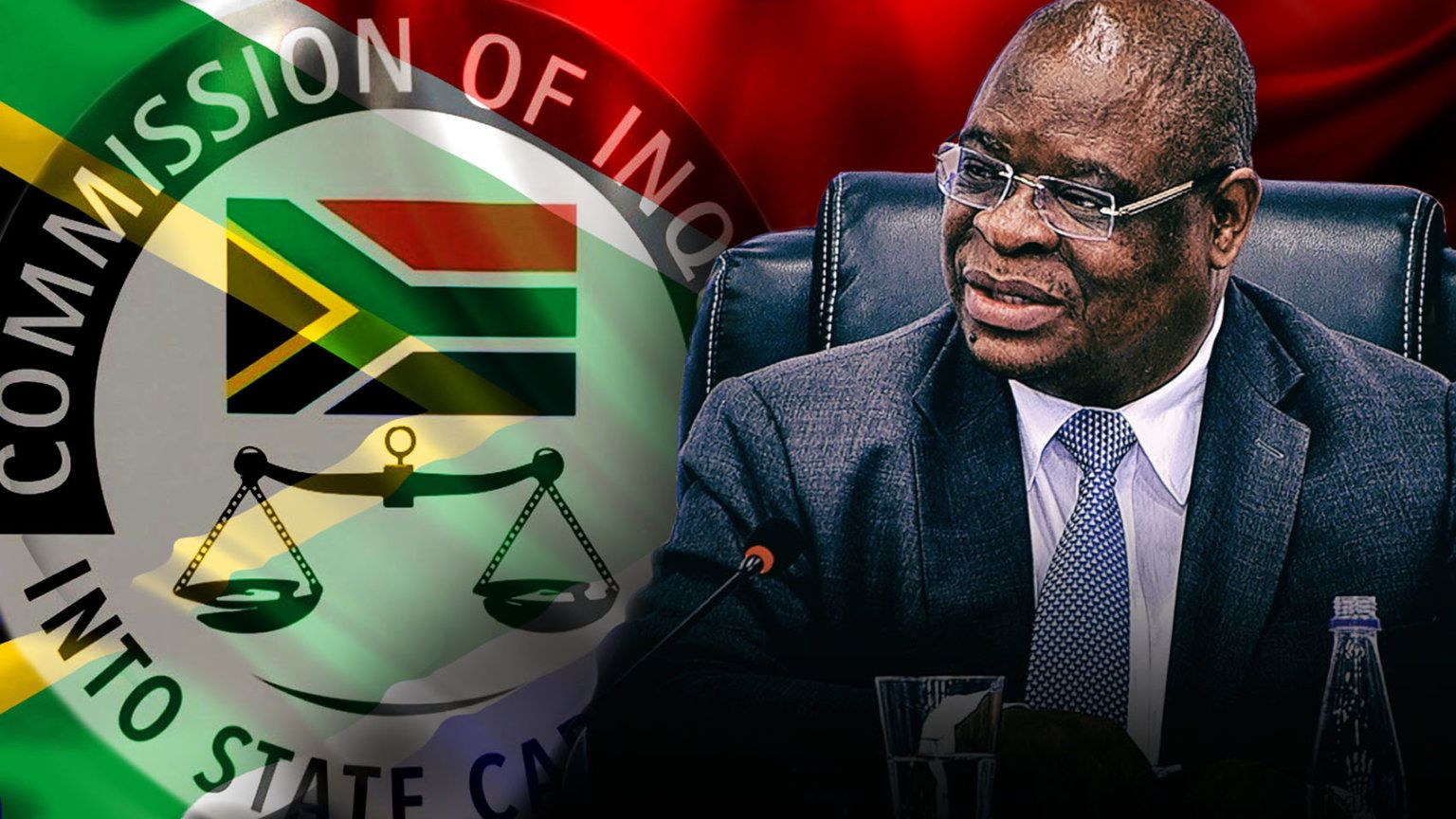 More than R1 billion. That’s the cost of various commissions of inquiry in recent years, most of them investigating corruption.

The granddaddy of them all is the Zondo Commission of Inquiry into state capture, which has been allocated an additional R130 million to complete its work by March 2021. This is on top of the roughly R700 million spent so far on the inquiry since its formation in early 2018.

Number of corrupt officials in jail: 0.

To be fair, Zondo has not completed its work and arrests will surely follow. In June this year, Deputy Chief Justice Raymond Zondo asked the Hawks to account for the lack of progress made in recovering the R2.4 billion paid by Passenger Rail Agency of SA (Prasa) to Swifambo Rail easing for locomotives that could not be used because they were too tall for the rail tracks.

Zondo has summoned the Hawks to account for the lack of progress on this, and other, cases.

South Africans are rightly outraged at the regular outpouring of corrupt tales from Zondo and other commissions of inquiry, and the fact that few have been held to account.

Moneyweb reports there were eight arrests related to the looting at VBS Bank, and four executives from Tubular Construction and Eskom were arrested late last year in relation to claims of corruption around contracts awarded for the building of the Kusile Power Station.

That’s about it. A dozen arrests, but no convictions as yet. And a few people lost their jobs.

Is this a decent return on investment on the roughly R1 billion spent on commissions of inquiry over the last few years? Let’s take a look.

Why the cost of Zondo has escalated

We have only a rough idea how the Zondo Commission budget was spent, thanks to answers provided by the ruling party in September last year to questions posed by the DA. Some R244.5 million was spent in the year the commission was set up (2018/19) and R111 million the following year. The big-ticket costs were legal fees (R53 million), investigative tools (R35 million), investigators (R86 million) and “other goods and services” (R95 million).

We don’t have more recent figures, which have obviously ballooned over the last financial year.

In July 2019, President Cyril Ramaphosa set up a special tribunal under the Special Investigations Unit (SIU) to recover an estimated R14.7 billion in looted funds.

Let’s take a look at some of the other commissions of inquiry and assess their overall benefit to the country.

2012 was a low point for the SA Police Services, when 34 mineworkers were shot and 78 wounded during a violent strike at Lonmin’s Marikana platinum mine in North West province. A Commission of Inquiry was set up in 2012 and sat through till 2015. It was chaired by retired Judge Ian Farlam, and in 2015 issued its findings, which included recommendations of a further inquiry into the fitness of senior police officials to hold office, and referred the killings and assaults to the Director of Public Prosecutions for further investigation.

The cost of the inquiry was R153 million. Police say they acted in self-defence, but issued no apology to the families of the slain miners. There has, however, been a noticeable change in police behaviour in handling violent protests as a result of the Marikana massacre.

Open Secrets reports that the Seriti Commission in Inquiry into the arms deal, which ran for four years, cost taxpayers more than R130 million. It is reckoned that the arms deal cost South Africa R65 billion, and Judge Willie Seriti, who chaired the inquiry, was accused by more than 40 civil society organisations of conducting a whitewash of corrupt dealmaking by senior political figures in collaboration with international arms companies. Corruption Watch and Open Secrets accused Seriti of failing in his duty to act impartially, failing to hold accountable those accused of corruption and ignoring key evidence. In August 2019 the North Gauteng High Court set aside the findings of the Seriti Commission for its “manifest failure” to hold those responsible for the arms deal to account.

The Commission of Inquiry into the PIC was set up in 2019 to investigate any impropriety surrounding investment decisions made by the Public Investment Corporation (PIC). The cost of the commission came to R54.5 million – small change compared to Zondo. The PIC manages more than R2 trillion in funds, predominantly on behalf of public sector workers.

The Commission found multiple irregularities relating to loans and share swaps made to the Sekunjalo Group, and recommended a forensic review of all process involved in transactions with Sekunjalo. Further irregularities were found in the PIC’s R1 billion investment in a Mozambican pal oil plant called S&S Refinery, and a R9.4 billion equity and loan funding transaction to Steinhoff International Holdings. A reading of the final report shows numerous violations of internal policies and irregular funding to business deals, some of them clearly “deals for pals.” The PIC was also heavily invested in the VBS Bank, which was found to have looted municipalities around the country.

As a result of the Inquiry into the PIC, there were some positive outcomes. Dan Matjila resigned as CEO of the PIC in November 2018 while fighting claims of impropriety which are now under an internal investigation. Executive head of listed investments, Fidelis Madavo, and assistant portfolio manager Victor Seanie, were fired over the last year. This followed an internal investigation into a R4.3 billion investment by the PIC into AYO Technology Solutions. Daily Maverick reports that in April 2018, PIC’s executive head of risk management, Paul Magula‚ was fired after being found guilty of poor performance, while executive head for legal counsel‚ governance and compliance, Ernest Nesane‚ resigned.

Retired Judge Robert Nugent chaired the Commission of Inquiry into tax administration and governance at the SA Revenue Service, at a total cost of R8.8 million. Nugent rounded on former tax commissioner Tom Moyane who had seized control of Sars and “dismantled the elements of governance one by one.”

The findings are scathing, and point to a pattern of governance failures and weakening revenue collection under his watch. President Ramaphosa fired Moyane in 2018 as a result of the Nugent findings.

A 2014 benchmarking exercise by the International Monetary Fund found that Sars was world class in 15 of 27 categories, and only one rung below good international practice in one of the remaining 12 categories. It was a place of higher calling for many skilled professionals eager to build a new democratic SA, says Nugent’s report.

But by March 2018 it was a shadow of the organisation lauded by the IMF. It reeked of intrigue, fear, suspicion and mistrust. Moyane installed CCTV cameras to surveille his staff, some of whom covered the lenses for fear of ending up in disciplinary hearing for a misdemeanor.

The modernisation programme that had been a decade in the making, replacing the largely paper-based system that preceded it with state-of-the-art computer systems, was summarily stopped when Moyane took over the helm, “with not so much as a word to the person who had been instrumental in creating it.” US-based consulting firm Bain & Co had a destructive hand in dismantling working installations without consulting staff. Bain subsequently repaid R217 million to Sars.

The Mokgoro Board of Inquiry into the fitness of advocates Nomgcobo Jiba and Lawrence Mrwebi to occupy the top positions in the National Prosecuting Authority cost the country R3.6 million. Jiba was accused of being politically captured by former President Jacob Zuma.

Overall, we think this is a rather poor dividend on the more than R1 billion spent over recent years on various commissions of inquiry.