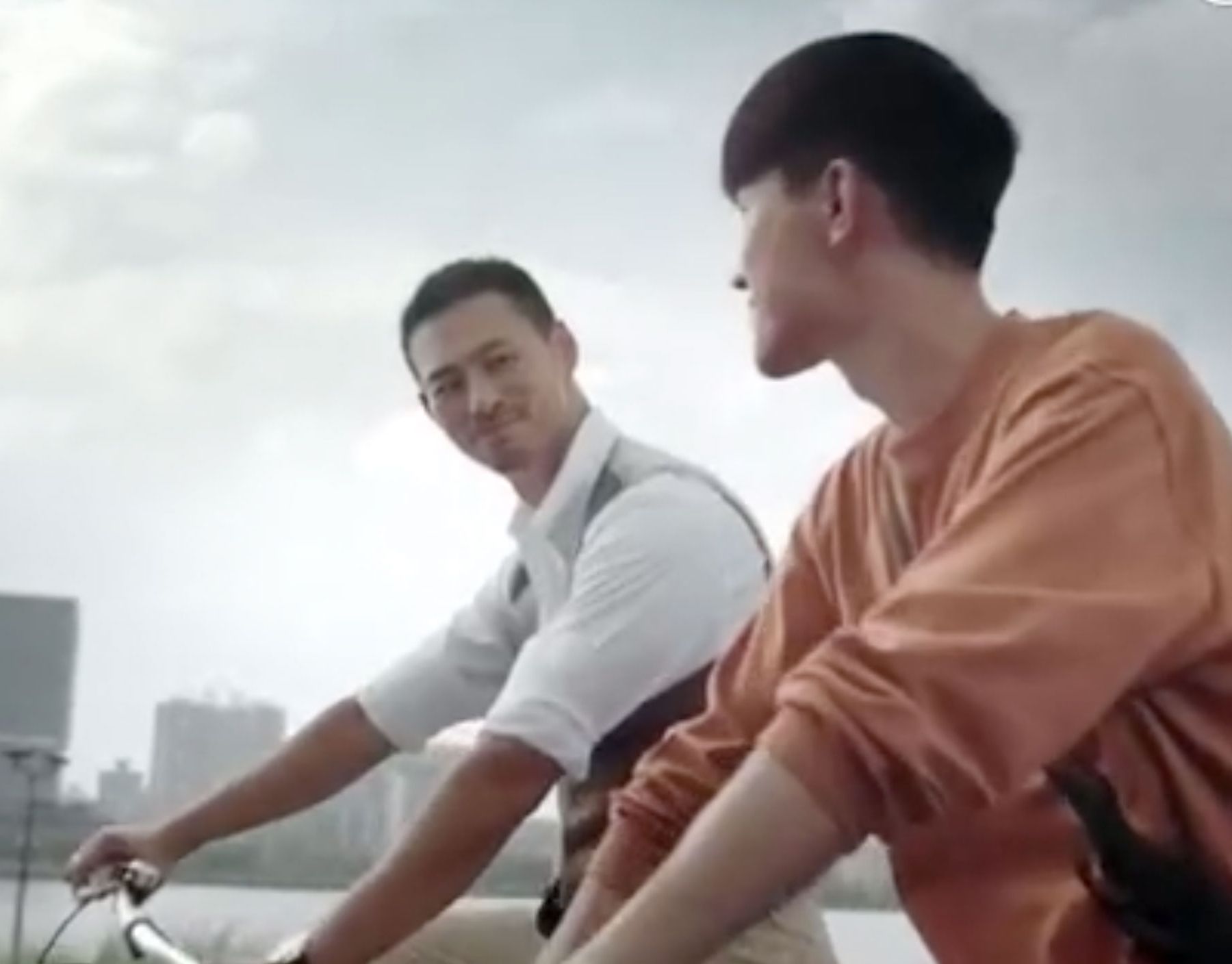 A Chinese advertisement for Cartier has reignited discussion about the country’s taboo around LGBTQ rights.

The French luxury jeweler released a minute-long ad Monday to promote its wares — including its iconic Trinity ring — ahead of China’s Qixi Festival on August 25, the country’s answer to Valentine’s Day. The ad features couples in romantic settings and groups of people in cars and at beach bonfires wearing the signature tri-color bands. It ends with the message, “How far would you go for love?”

There are no subtitles or narration in the video. But a printed version of the ad posted on the jeweler’s official page on the Chinese e-commerce website Tmall features descriptive text under an image of two men who were shown cycling together in the video. The text reads: “Father and son are also friends — happily sharing life’s journey.”

That caption raised many eyebrows on the Chinese social media platform Weibo, where the original version of the ad posted by Cartier’s verified account had more than 1,200 comments and nearly 5,000 “likes” as of Wednesday afternoon.
While the ad does feature groups of friends or couples — and even a few images of two women hanging out together — many people disputed the depiction of the relationship between the two men in the ad. They pointed out that the men appear to share a “romantic vibe.”
“Viewers simply can’t believe the [older] man is the ‘father’ based on the casting and performance,” wrote one user on Weibo, China’s equivalent of Twitter.
Another Weibo user wrote that they were “fine with two men wearing rings as a couple, but not so much with a father and son.”
“Trying so hard to conceal something has made something ordinary so weird,” the person added.
Cartier did not immediately respond to a request for comment.
Homosexuality is not illegal in China and, in 2001, the authorities removed it from an official list of mental disorders. But experts and activists say LGBTQ people in China still face persistent discrimination and prejudices from the government and public.
Since 2016, Chinese censors have banned portrayals of what they see as “abnormal sexual behaviors,” including gay relationships, in TV and online shows. Most businesses, domestic and foreign, have long stayed away from the subject to avoid running afoul of government restrictions.
Even so, the topic has been broached in media before. In January, for example, a commercial for Tmall made favorable waves online for what many people perceived as a creative approach to featuring a gay couple. Tmall parent company Alibaba did not acknowledge the ad’s gay subtext, intended or otherwise, in a statement to CNN Business at the time.
Gay rights advocates say they feel both “upset and resigned” about the latest Cartier episode, keenly aware of the increasingly tightened regulatory environment that companies face in China.
“Some may believe [Cartier] is just trying to make some ‘pink dollars,’ but I’m inclined to be more positive in thinking that they are supporting gay rights in a way … by raising our visibility through this kind of ads,” said Yanzi Peng, director of China Rainbow Media Awards. “Of course supporting gay rights will also bring these companies economic benefits — it is a win-win scenario.”
“Businesses should be more courageous and take another step forward,” he added.
READ ORIGINAL ARTICLE