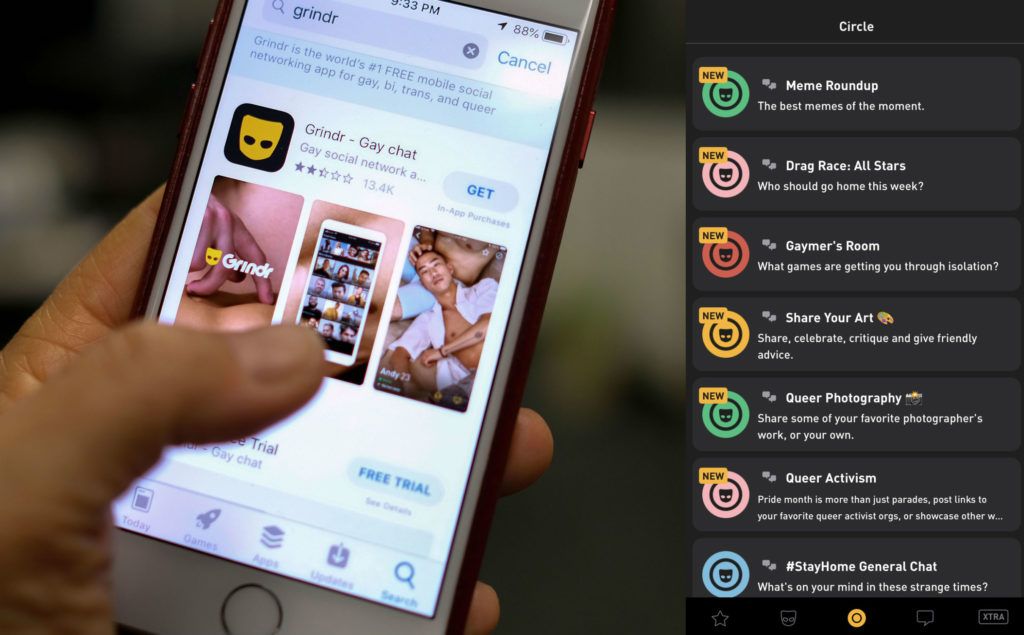 A new Grindr Circles feature allows users to share art and critique each other’s work but, to the surprise of no one, the “art” is mostly nudes.

Over the last few months, the LGBT+ dating app has rolled out a new “Circle” feature which lets small, randomly allocated groups of users discuss topics from RuPaul’s Drag Race to queer activism to art.

Grindr did not make any official announcements about the new feature, which seems to have been first introduced in April, so users have been left to fend for themselves and figure out how it works.

It seems that the first person to click on a topic becomes the admin of the group, which then automatically adds randomly selected users to join.

The “share your art” Circle invites Grindr users to “share, celebrate, critique and give friendly advice” on each other’s work but, unsurprisingly, most masterpieces are in the medium of unsolicited d**k pics.

The new feature has left gays in a state of confusion, disappointment and in some cases appreciation.

One anonymous Grindr user told The Art Newspaper that no one can really dictate what is and isn’t art.

They said: “I love the idea of art-sharing among my fellow gays. I’ve had some genuinely lovely conversations with people about it.

“It adds a certain frisson when these lovely, engaging conversations are interspersed with photographs of c**ks and a**eholes. After all, who can truly say what is or isn’t art?”.

Another said: “To the lesser informed, parallels between Grindr and the art world might seem scant, but any size queen or rugged bear knows that the experience of using the app is not unlike attending a gallery opening — you’re usually drunk, being sized up in every direction, you speak to lecherous guys and come away feeling hollow and debased.”

However one pure soul named Tommy took to Twitter to express his disappointment.

He wrote: “Tried out one of those Grindr ‘circle’ group chat things called ‘share your art’ so I sent a few pictures of my knitting.

“Moments later, everyone else started posting nudes. I just wanted people to share their art with me.”