Don’t think it’s the end of the nanny state 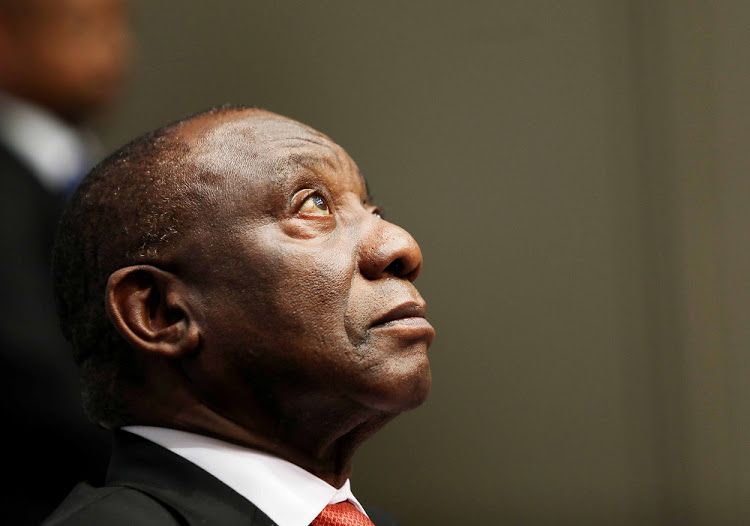 In SA, the bitterness stems from the fact that even though the entire country was shut down to thwart Covid-19, this didn’t even slow down the hyenas in the governing party from corruptly seizing Covid-19 tender money.

If you think President Cyril Ramaphosa’s decision to lift the ban on cigarettes and alcohol from Tuesday means an abrupt end of the nanny state, you’re likely to be sorely disappointed.

This, at least, is the impression you get by reading the legal papers filed by government leaders, notably co-operative governance & traditional affairs minister Nkosazana Dlamini Zuma, in various court actions across the country. (As the prohibition is lifted, some of these lawsuits will fall away, but not all.)

It is Dlamini Zuma’s casual admission in the case involving the wine farms — “I did not invite public comments prior to the [prohibition, but] I am advised and submit that there is no general obligation to consult in respect of executive action” — that is revealing.

In other words, “We’re deciding what’s best for you, and it’s not up for discussion”.

It’s a sentiment captured by News24’s Pieter du Toit, whose on-the-spot analysis of Ramaphosa’s speech on Saturday night is fantastic. “SA’s five months of democratic centralism on steroids will largely come to an end on Monday morning,” he writes.

Du Toit recounts how the lockdown gradually lost legitimacy, in inverse proportion to the number of petty regulations implemented. For example, Ramaphosa and Dlamini Zuma didn’t take questions from journalists, but rather “decreed changes to South Africans’ lives without explaining what the scientific advice and empirical evidence were behind the regulations”.

It is a real decline

Partly due to the government’s abysmal communication, South Africans are widely sceptical of anything it says at this point. Some don’t even believe that SA’s Covid-19 experience is actually improving, and instead think Ramaphosa was leant on by business to ease the lockdown.

But as Ferial Haffajee writes in an excellent analysis in the Daily Maverick, there is reason to believe we’re over the peak.

She quotes Dr Ridhwaan Suliman, of the Council for Scientific & Industrial Research (CSIR), who argues that the seven-day rolling averages of infections, down from 12,000 cases to 5,000 per day, shows “it is a real decline”.

Suliman says that though SA is conducting fewer tests, the positivity rate (new cases as a percentage of new tests) is dropping, while it’s now taking 64 days for infections to double, rather than the 14 days it was taking in June.

How much of these two figures is due to design, and how much to other factors — like luck or geography — is of course being widely debated.

But if SA is finally getting to grips with the virus, does this not suggest the virulent criticism directed at Ramaphosa is not just ungenerous, but entirely misplaced?

Not really, argues former FM editor Barney Mthombothi in a blistering column in this week’s Sunday Times, which details how the lockdown unravelled largely thanks to the government’s own mishandling of it.

Initially, he writes, South Africans were comforted that Ramaphosa “seemed to know what he was doing — he inspired confidence”.

Fast-forward to the present, and people feel “exposed, vulnerable and defenceless, as more and more of them get infected, bury their loved ones, and lose their jobs in a faltering economy that seems to be plumbing new depths”.

Maybe this is what everyone across the world is bound to feel about their political leaders, when confronted by their impotence in the face of the virus. Americans, for one, are counting the cost of 173,128 deaths — a tally for which their venal and vain president must surely take some responsibility.

But in SA, the particular bitterness stems from the fact that even though the entire country was shut down to thwart Covid-19, this didn’t even slow down the hyenas in the governing party from corruptly seizing Covid-19 tender money.

Mthombothi writes that the virus has shown that Ramaphosa isn’t so much a putative knight in shining armour as he is the head of a bunch of scavengers.

“He made the promises, his feet should be held to the fire. After more than two years in office, Ramaphosa has not only abjectly failed to deliver on his promises, but people have been shocked to discover that the corruption is continuing almost unabated,” he says.

It’s a sombre reminder that for many South Africans, the predominant memory of these times won’t be how fantastically well Ramaphosa began the lockdown. Rather, as Du Toit says, it will be: “Government’s failure to communicate clearly, its lack of nuance and planning, its constricting and immovable policy directives, and its regulatory intransigence.”

It’s reassuring that SA might be able to glimpse light at the end of the Covid-19 tunnel. But for all the good moments that some of our leaders had, it’s revealing that none of them were able to capitalise on the “opportunity” for renewal they all told us this virus presented.

PrevPreviousLGBT+ activists and nationalists face off
NextHeat rises, as Dlamini Zuma hits out at ‘unqualified’ BassonNext