With history as guide, it’s not hard to imagine Ramaphosa being recalled 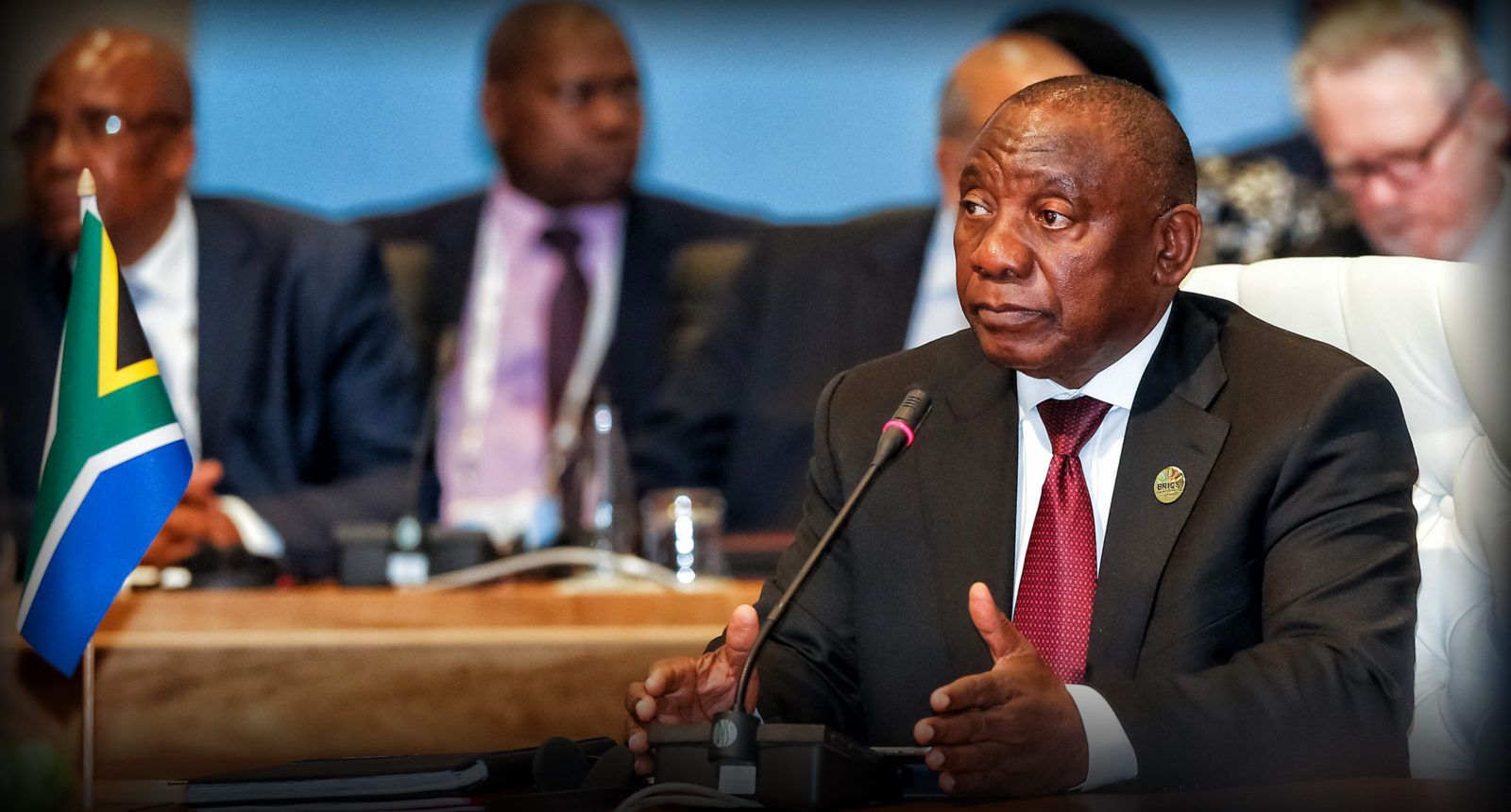 The radical economic transformation faction in the ANC holds secret talks with leaders of the Economic Freedom Fighters. They strike a bargain. Get rid of Ramaphosa and the constitutionalists, and stop all investigations and commissions into State Capture and corruption.

By most accounts, Cyril Ramaphosa’s presidency is floundering. Reports mount, and data is produced to convince us that Ramaphosa is losing public trust and that he has ceded power to the more radical elements in the ruling alliance – especially to Ace Magashule and his minions.

There may well be some truth in all of these reports. The clearest picture is that the ANC is a runaway train that is rapidly running out of track. This may explain Ramaphosa’s obsession with unity in the ANC, at the expense of being seen as a weak leader. Nonetheless, if any of these reports are to be believed, we may want to reflect, as an inception point, on that fateful night of the long knives, after midnight on 20 September 2008, and imagine the horrors that may come. It’s not a difficult scenario to imagine.

Let us go back to 2008. Between midnight and 1am on Saturday 20 September that year a text message was sent to ANC leaders and state officials. The message was short, and to the point: “The [ANC] NEC has decided to recall Mbeki as president of the country.” There followed a flood of text messages to and from factions in the ANC, and between office-bearers and journalists. In his recollection of Thabo Mbeki’s removal, Frank Chikane described these messages as “the angry voices of the night”.

Now imagine the following hypothetical, but not entirely impossible, scenario. The radical economic transformation (RET) faction in the ANC holds secret talks with leaders of the Economic Freedom Fighters (EFF). They’re old comrades, and on the surface seem to share ideological solidarities and a mutual fear of deeper investigations into their murky pasts. They strike a bargain. Get rid of Ramaphosa and the constitutionalists, and stop all investigations and commissions into State Capture and corruption. They will meet again further down the road, but for now, they rely on their ace in the hole….

Stay with me. Einstein supposedly said “imagination is more important than knowledge”. So, in this imaginary, Ramaphosa is recalled, David Mabuza becomes a placeholder, with Nkosazana Dlamini Zuma as deputy president. There is a major Cabinet reshuffle. The objective is to shake the constitutionalists out of the Cabinet and hold on to the more pliant ministers. It is the prerogative of any “new” president to create her or his own Cabinet, except this time Luthuli House has a list of patsies and pals standing by for deployment.

No sooner has Ramaphosa left the Union Buildings, then Pravin Gordhan is relieved of his post. Gordhan is arguably the biggest threat to the RET-EFF. This was the first on the list of demands by the EFF in the (imaginary) bargain struck with Magashule, his RET faction, nullities like Carl Niehaus, and inscrutables like Supra Mahumapelo. The main political objective, in the short term, is to get the portfolios where radical economic interventions can be made.

In quick time, therefore, a quisling is identified and appointed to the Finance Ministry, and another is deployed to Public Enterprises. The new Treasury candidate is not as woeful a character as Des van Rooyen, but a quisling, no less, and formally obeisant to the ANC’s secretary-general. With the way paved, and with Finance and Public Enterprises dealt with, other strategic portfolios like Mineral Resources and Energy, Public Works and Infrastructure, Small Business Development, and Trade and Industry are filled with fellow travellers.

The Calculus of Trust: Diminished public confidence in the president’s performance

Land Affairs becomes a first-order priority. It is improbable that it will be unshackled from Agriculture and Rural Development, since once the land is “returned to its rightful owners”, the returnees will want money for farming or building homesteads. But these are afterthoughts, in the sense that giving back the land is what matters most. There can be no argument against that. With these portfolios in hand, the state can be steered towards the objectives of the RET-EFF. There is, then, the little problem of corruption and State Capture.

Commissions of inquiry and their discontents

The second priority, after clearing a path to political takeover, is to stop, or shut down all commissions of inquiry, and shrink the mandate of the National Prosecuting Authority (NPA). Here, they will probably make a case that the Zondo Commission is costing too much money – an issue that has already gained attention – and because no evidence has been found to prosecute anyone, there has been no wrongdoing, except for the Bosasa case. It’s not inconceivable that they will make the relatively easy claim that the NPA under Shamila Batohi has taken way too long, and spent a lot of money without any prosecutions. Again, superior logic has it that because no evidence has been found, nobody is guilty of corruption. Who can argue with that?

In reality, very many people want to see high-level politicians implicated in State Capture to be in orange jumpsuits, and the rule of law and the principle of accountability reinstated. And those implicated would, naturally, prefer it if there was no more digging in the backyards and forecourts where the bodies are buried.

We’re now at the point in the scenario where Ramaphosa and Gordhan are gone. Patsies are in place, and quislings are in control of key portfolios. All commissions of inquiry have been stopped, but now the RET-EFF have to give themselves the glow of legitimacy. To achieve this they will require a fresh mandate. We can, therefore, expect people like Magashule and Malema to fly kites about election reform, all with the eye (probably) on the medium term, when they can fully claim power in an election.

Without making direct comparisons, here, now, it is useful to bear in mind that two of the worst villains of the last century, Adolf Hitler and Benito Mussolini, were quite willing to participate in electoral politics, and quite impressively gave the public appearance of submitting to democracy. Both would, however, manipulate the law to gain power, and go on to lead their respective countries, with quite disastrous outcomes.

With legitimacy, derived from an election in which the ANC either brings Malema and his followers back to the mothership, or where they enter into a coalition, they will have the power to change the mandate of the South African Reserve Bank, and make a case for printing money. Magashule will get his quantitative easing, never mind that the country has not reached the necessary threshold for this, or that it can have the very real effect of letting inflation run away.

In this scenario – which I am singularly unqualified to draw, and have always tried to avoid – there is no stopping the ruling alliance from implementing any policy, or doing whatever it takes to shore up their power – without any political or juridical obstacles in the way, and devil take the hindmost. That is when it may be too late for tears.