USA: Parsons drop star-studded trailer for all-gay remake of Broadway smash The Boys In The Band 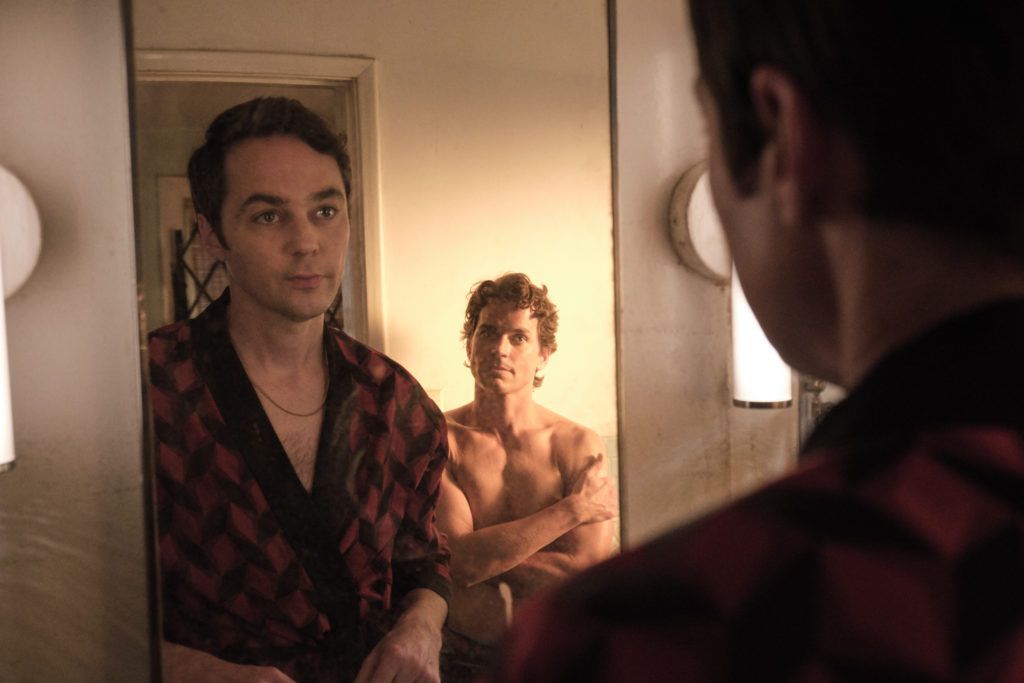 A trailer for The Boys in the Band, Ryan Murphy’s Netflix adaptation of the acclaimed gay play, has finally landed.

The star-studded production is based on the revival of a groundbreaking 1968 play, which features a group of gay men at a birthday party in New York City.

The Boys in the Band draws on the same all-gay, all-star cast that led the Tony-winning 2018 Broadway revival, including Jim Parsons, Zachary Quinto, Matt Bomer, Andrew Rannells and Charlie Carver.

Aside from the move to theatre to location, the trailer released on Wednesday (September 2) gives the impression that much of the play will be preserved in Netflix’s take, which is the latest project to come out of the streaming giant’s fruitful tie-up with prolific TV creator Ryan Murphy.

A synopsis from Netflix states: “More than fifty years after Mart Crowley’s play became an unexpected smash hit for putting gay men’s lives centre stage with honesty and humour, The Boys in the Band returns to the screen in a new adaptation that reunites acclaimed director Joe Mantello with the all-star cast of the Tony-winning, 2018 Broadway production.

“In 1968 New York City – when being gay was still considered to be best kept behind closed doors – a group of friends gather for a raucous birthday party hosted by Michael (Jim Parsons), a screenwriter who spends and drinks too much, in honour of the sharp-dressed and sharp-tongued Harold (Zachary Quinto).”

It continues: “Other partygoers include Donald (Matt Bomer), Michael’s former flame, now mired in self-analysis; Larry (Andrew Rannells), a randy commercial artist living with Hank (Tuc Watkins), a school teacher who has just left his wife; Bernard (Michael Benjamin Washington), a librarian tiptoeing around fraught codes of friendship alongside Emory (Robin de Jesús), a decorator who never holds back; and a guileless hustler (Charlie Carver), hired to be Harold’s gift for the night.

“What begins as an evening of drinks and laughs gets upended when Alan (Brian Hutchison), Michael’s straight-laced college roommate, shows up unexpectedly and each man is challenged to confront long-buried truths that threaten the foundation of the group’s tight bond.”

Ryan Murphy confirms The Boys in the Band release date for Netflix.

Murphy, who has already released Hollywood, Ratched and the second season of The Politician on the streaming platform so far this year, wrote: “Let’s hear it for THE BOYS. September 30. Netflix.”

One YouTube commenter wrote: Man, I was so jealous when this was playing in Broadway and I could not watch it – I live in Europe – that I literally screamed when I read the news about it being a movie with the same cast and everything! Thank you Ryan Murphy, keep creating magic!!”

Another added: “I had really wanted to see these guys in it on Broadway, so glad they made it a film!”

Others responded with jokes about the record-high levels of queer talent on display, with one quipping: “Disney: Avengers Infinity War is the most ambitious crossover of all time. Ryan Murphy: Hold my gays.”

Others noted that that the project “is literally a mix of every single gay actor Ryan Murphy has worked with” – which isn’t even that far from the truth, given Murphy has previously cast Zachary Quinto and Matt Bomer in American Horror Story, Jim Parsons in Hollywood, Charlie Carver in Ratched, and Andrew Rannells in his upcoming adaptation of The Prom.

PrevPreviousGay Pages Summer 2016: History of The Rainbow Flag
NextLooking: Keith Bain remembers a time when what you saw was what you got.Next