Looking: Keith Bain remembers a time when what you saw was what you got. 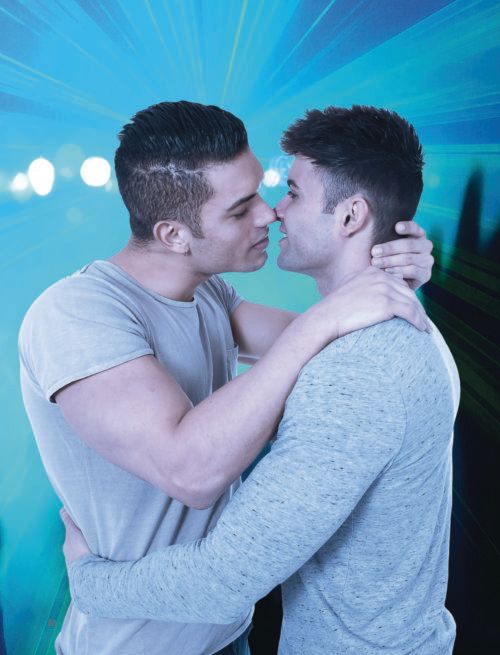 It was that magical post-coming out time when all the world was my oyster and every man I looked at had some sort of potential. For the first time, in fact, it was actually okay to look. It was fine to fantasize, to flirt, to kiss, to do all those things that in the closeted world had remained locked up like dirty, festering secrets.

As it happened, that night I wasn’t looking for anything in particular. I was bumping and grinding and twirling under the flashing lights, dodging laser beams and worshipping the DJ, wrapped up in the frenzy of a good time, rushing deeply, going with the flow. My friends and I downed tequilas, sipped Red Bulls and hugged total strangers. The Summer of Love had raged all winter long and spring was in the air.

At some point I became aware that I wasn’t dancing quite so much in my own little intoxicated universe, but exchanging glances, then stares, then smiles, then some very intimate space with a total hunk who wanted to look at me as much as I was looking at him.

Then, unexpectedly, I felt his muscular arms wrap around me, the prickle of his stubble against my cheek. A surge of warm excitement coursed through me like hot mercury filling my veins, fireworks exploding inside my chest. I could taste the sweat on his upper lip, feel his hips grinding into mine. His body rippled with muscles and he was taut and hard, like there was steel beneath his skin, and in his arms I felt safer than I’d ever felt before. The crowd around us seemed to disappear as we melted into one another, held together by some urgent force, kissing just the way I imagined Hollywood heroes are supposed to kiss. Time stood still, I’m sure.
“He’s lovely,” my friends assured me when the music finally ended and the club’s lights chased us onto the sidewalk. “Go with him.”
Away from the strobes, beneath the moonlight, he was even more handsome, more rugged, more real. He drove a big, macho 4X4 and I trembled as I watched his large hands change gears. As we sped across Jo’burg’s northern suburbs from the club to my house, we talked about everything and nothing. Conversation flowed and I liked that he seemed so uncomplicated and uncensored and spoke directly and honestly, saying things like “I can’t wait to shag you.”

Hours later, our physical intimacy transformed into a different sort of closeness.

Now that the highs of the dance floor, the MDMA, the lust, and the orgasms were past us, things turned serious. As we lay entangled and still sweating, my steely Adonis dropped his guard and let more of himself float to the surface. He was, he said, only ‘kind of’ separated from his long-term boyfriend. They’d had a tiff. A silly quarrel over nonsense. They loved one another but it was complicated, he said. It didn’t bother me. Although I was listening to him talk about his fragile relationship with another man, in that moment he had chosen to be there with me. He lay with his head buried in my chest, tears welling in his eyes, and I held him as tightly as I could for as long as he would allow.

As short-lived as our time together was, at least our connection had been real, the result of chemical explosions, human biology and an inexplicable force of nature. When I think about the anonymity and casualness of hook-ups today, it saddens me a bit. Not because I’m conservative or priggish, but because I love that surprise of spontaneous double-takes when you see someone staring back at you and realise you’re both looking because of the same reason.

I’m a horrible idealist, I know. I miss those days when I’d find myself unexpectedly dancing in close, dangerous proximity with a stranger whose flesh prickled at that first accidental touch. It didn’t always mean that you were bumping into the man of your dreams or the guy you were destined to spend the rest of your life with, but at least the connection was built on something you could feel and touch, taste and smell, rather than an avatar concocted by someone crafting an online profile.

Because when I scan those websites and study all the handsome faces, perfect bodies, and carefully composed personal descriptions designed to lure us into some or other virtual connection, there’s really only one question on my mind. I want to know if, when I look at him, he will also see me.