A number of years ago we spent a memorable three days at Leadwood Lodge and have longed to return ever since. Five years later, our wish was granted and we returned to this, one of our favourite game lodges. It was even more special this time, as there were only four guests, including ourselves. We again had a magical breakaway.

After a twenty-year quest for enchanting places, the Sabi Sands Game Reserve casts a giant shadow over the rest, and Leadwood Lodge must be the most romantic of them all. The Sabi Sands has over the years become my favourite destination. Perhaps it is the incredible natural beauty, or perhaps it is the animal sightings we’ve enjoyed over the years, but whatever it is, from the minute I arrive, a sense of peace and happiness steals over me. What better place to get in touch with this magical piece of Africa, than at Leadwood Lodge?

André ‘Mac’ MacDonald was our ranger and we were thrilled to see him again. His knowledge and naughty sense of humour never failed to impress or elicit a few laughs. His easy-going nature, wealth of knowledge and experience formed a lasting impression on our previous trip. How time flies, Mac and his wife, Kerry, now have two boys! Mac is also a very fine artist and his pencil and charcoal drawings depict his favourite animals, mainly lion and leopard, in fantastic detail. So accurate are his drawings, that any of the rangers in the Sands will be able to recognise the individual animal.

After dinner, I didn’t feel like going to bed and sat outside (slathered in Peaceful Sleep) and was treated to a gorgeous flickering display of fireflies. The little insects, so much part of my childhood summers, have all but disappeared and I felt blessed to see them again, and in relatively large numbers.

Being one of the closest lodges to the Sand River caused Room 2 where we stayed to be washed away during the floods about three years ago. Sounds of the river and the animals that gather there day and night mingled with a determined frog chorus that remained centre stage all evening. As the night wore on, different species took over and gradually the sounds changed. Just sitting, listening to these enchanting sounds late into the night is an auditory experience I found most enjoyable. As my ears became attuned, I could hear the far-off roar of lion mixed with the roll of distant thunder, the calls of various night birds, the scream of bush babies and the bark of a startled baboon. Was it surprised by a leopard while sleeping, or did it have a bad dream?
On our first game drive, we saw some of Africa’s most endangered animals. Rhino, cheetah and a pack of wild dog, which we followed as they scampered through the lush vegetation in search of prey. The dogs never fail to impress me with their gorgeously mottled coats. They presented us with a most memorable sight. Trotting along a dam wall, they surprised a small animal that took refuge under the wall. The entire pack of fourteen dogs stood lined up side by side looking into the water where their reflections formed a perfect image on the mirror-like surface of the water. We managed to snap a few pics, but sadly, as often happens, the perfect image eluded us.

Mac is known for his ‘Kalahari Safari,’ and we were treated to an exhilarating drive to keep up with the fast-moving pack. Heading home, he tried to outrun an impending thunder storm that had been threatening to break all afternoon. We made it back just as large raindrops started plopping, sending small puffs of dust into the air and filling our nostrils with the fragrance of wet earth and vegetation.

We were overawed when we happened upon a rare sight – a proper crash of rhino. Six individuals were grazing together. A fine sight, but one that future generations might only see in picture books and old DVDs. One member of the group, a female who had with her a small calf, had a white scar in the middle of her forehead, right between her eyes. Mac told us that it was an old poaching wound, now healed over. She’d been shot with a small calibre rifle and the bullet didn’t penetrate. How anyone can kill a beautiful creature for sport, malice or a bit of horn is utterly beyond me. Seeing this close-up made me realise in what dire straits these animals are. The poachers are brazen enough to ply their evil trade in close proximity to heavily patrolled areas. This is war. War for the survival of a species and I have no problem with the ‘shoot first, ask questions later’ option. Humans are numerous, but rhino few.

Breakfast on the day of departure can be a sad event, but I was cheered when a massive elephant bull came strolling down the riverbed. I took it to be a good omen. And we had another of Mac’s beautiful drawings to remind us of this very special piece of our country for many years to come. 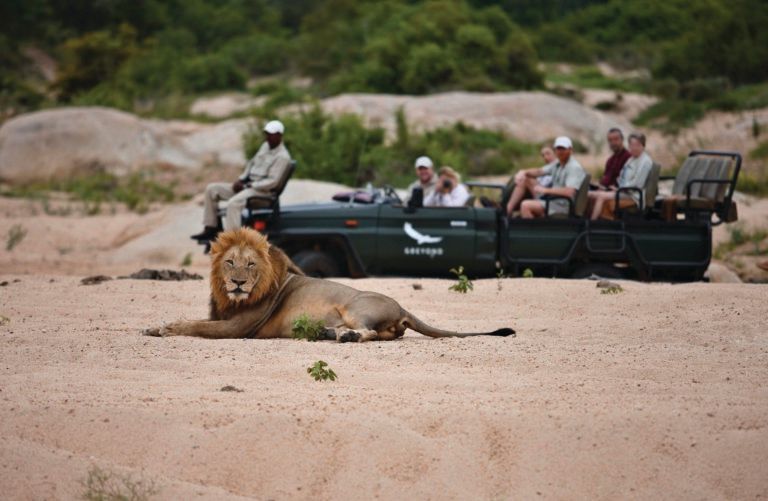 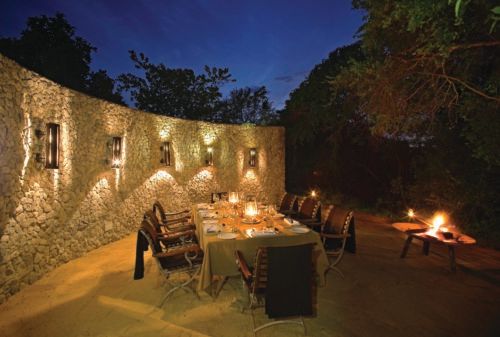 PrevPreviousLooking: Keith Bain remembers a time when what you saw was what you got.
NextGay Pages Autumn 2015: NudismNext