A TRIBUTE TO CHARL VAN DEN BERG – In 2000, whilst managing a hotel in Knysna, Madiba’s Tide Country House Hotel, I got together with Johan Myburg who at the time was working for the local Tourism Bureau in Knysna. We discussed the state of gay South Africa. Gay tourism within SA, and especially Knysna, needed some direction and there was a need to establish a solid foundation/platform within the gay community for the future. The Pink Loerie Mardi Gras kicked off with its first event in 2000.

We invited a few local friends and role players and the Pink Loerie Mardi Gras was born – a celebration of the gay culture and all the different facets within this complex and important community. One of the main ideas at the time was to ensure that this platform was to show South Africa and the rest of the continent that it is vital for this community to be recognised, respected and that this community was playing and would in future play an essential part in the politics, economy and wellbeing of our society.

We wanted the Pink Loerie Mardi Gras to set the pace and establish a platform from which the LGBTI community had a voice. Sixteen years later this platform still exists and has become an institution that is known around the world.

In 2010 three of us, myself, Coenie Kukkuk and Cor Jansen van Rensburg came together to discuss a very serious and necessary issue in the gay community. This was again about the image, the stereotyping, the preconceived ideas and that we needed to do something about it – and we all agreed that this was an essential move in the right direction. Soon all the legal work was in place and the Mr. Gay SA competition was born. So began the search for the ultimate gay man to represent South Africa’s gay community. He had to be a good-looking, intelligent, well-spoken, presentable gay man who would relentlessly strive to better the image, “educate” the masses and to assist to make homosexuality part of day to day living, and seen as “just normal” by the haters, the homophobes, the different cultures and religions.

And that is exactly what our first winner, Charl van Den Berg did. I first met him in an interview at Café Manhattan in Cape Town and we had a long conversation about his thoughts and feelings on gay life in South Africa. I will never forget his calm demeanour, his knowledge, his concerns, his thoughts about the future, his compassion, his kindness, his loyalty to the gay community and his dreams, visions and ideas for our society. What an education it was from a beautiful, young and bright man – total sincerity. Charl went on to win the first ever Mr. Gay SA title in Pretoria at the bastion of Afrikanerdom – the Opera House of the State Theatre. No better place could be thought of to launch this new completion, the image attached to it and presenting it to the world out there.

It was a glittering occasion, attended by 1200 people, twelve of the most beautiful men in this country, celebrities, government officials, VIPs, and five judges from around the world – all from different continents. World class entertainment was provided by artists such as Judy Page, Timothy Moloi and world senior dance champion Kevin Ellis. Clothes were designed by Peter Bonesio, and underwear was specially designed for the show by Wilco of Bone Wear. The show was directed by Anne Williams and choreographed by Gerrit Prinsloo. Nico Steyn and the Vietnamese photographer, Duy Vo Lap, took care of all visuals. The show went off perfectly in the hands of MCs Cathy Specific, TV host Jason Greer. Sponsors included the prestigious world class hotel group, Kempinski Hotels, Jean-Paul Gaultier and more. We had to show South Africa and the world that we have it all!

And there Charl was, as I often refer to him as “the most incredible, most normal human being I have ever met.” He was an unbelievable man and the world soon got to meet him and love him. And boy-oh-boy, did they ever! And I am sure always will. I loved him like my own child and in fact I always referred to him as “my child” and he called me, “Ma.”

Soon after, Coenie Kukkuk, our attorney at law and one of the most active people in the gay community, totally unsung for the most wonderful work he does in the community to make our lives just that much better, was appointed as the first Director for Africa for the Mr. Gay World competition, after Brian Merriman from Ireland decided to step down.

Our first winner of the Mr. Gay SA went on to win the Mr. Gay World title. How proud we all were – our native son, “my boy” – now on top of the world! He travelled across the globe and made friends with all kinds of people, all religions, all colours and creeds and he was loved by all.

He now is in heaven and I am sure he is as loved there too. We will never forget him for the legend he was even in his own lifetime. Love you always, my boy. 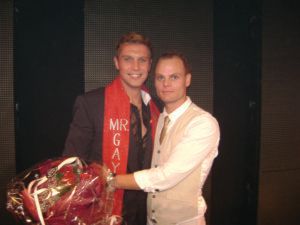 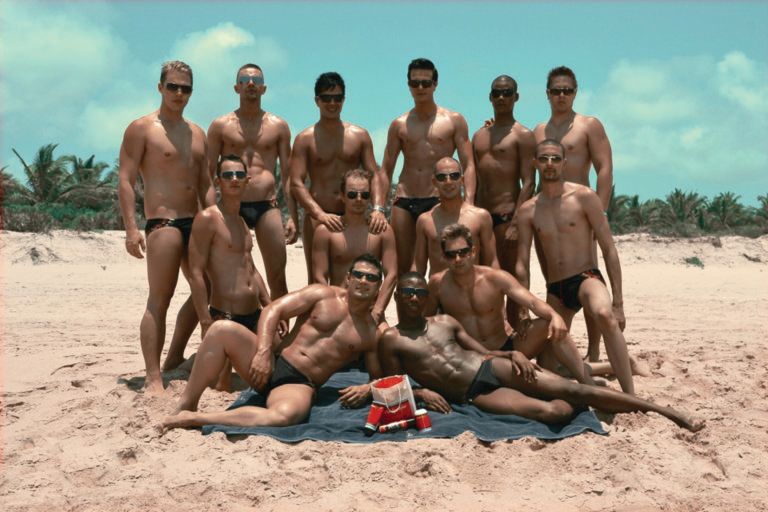 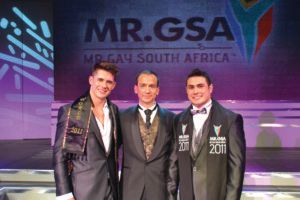 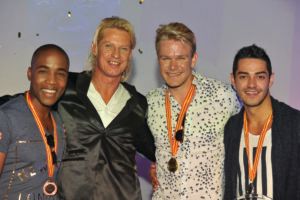