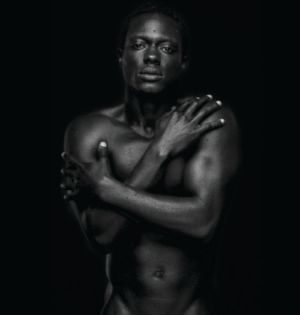 “Beauty is present in all creation, but the dangerous fact is that, because we human beings are often cut off from the Divine Energy, we allow ourselves to be influenced by what other people think. We deny our own beauty because others can’t or won’t recognise it. Instead of accepting ourselves as we are, we try to imitate what we see around us. We try to be what other people think of as ‘pretty’ and, little by little, our soul fades, our will weakens, and all the potential we had to make the world a more beautiful place withers away.” – Paulo Coelho, Manuscript Found in Accra.

After reading the paragraph to the right, I had one of those “ah-ha!” moments that Oprah is so fond of. This particular extract got me thinking about the nature of beauty and our obsession with how others define it. Often we deny our own beauty because we are constantly comparing ourselves to what society tells us is beautiful. This is nothing new. From Adonis, the Greek god of beauty and desire, to Michelangelo’s David and countless men thereafter, the ideal male form has been praised and emulated for centuries. However, when it comes to male beauty in contemporary society the lines between admiration, celebration and obsession have become increasingly blurred, heightened by our interconnectedness and the omnipresence of the media.

The cliché claims that beauty exists in the eye of the beholder, but the reality is that our eyes have been trained to judge ourselves against often impossible standards of perfection and attractiveness. In a recent BBC article titled How being a gay man can make your body issues worse, Nick Arnold refers to a survey by Attitude magazine which revealed that 84% of respondents felt “under intense pressure to have a good body” while “only 1% considered themselves ‘very happy’ with their appearance.”

The average gay man does not look like the chiselled models that grace the covers of glossy magazines, or the Herculean men seen in porn (those of you who hang around the golden beaches of Clifton and Camps Bay over the summer might disagree with that point of view). We are bombarded with images of the “perfect” male physique, toned and tanned, and internalise the idea that these images epitomise masculine beauty. We find these images both appealing and upsetting as we realise that we will never be able to emulate such perfection. That doesn’t stop us from trying of course.

The cameras on most phones include a beauty filter – a feature that enables users to filter away any imperfections in an attempt to look more like what the world is telling them is beautiful. Image filters can soften features to the point that blemishes and lines simply disappear with a swipe while unsightly bulges can be cropped away. These useful tools enable people to create outward images that they want the world to see instead of the flaw-riddled images they perceive in those heartless rectangles of reflection. The world of social media is one in which self-esteem and self-worth are attached to the number of likes an Instagram post receives or how many followers can be accumulated, neither of which can be achieved without images that attempt to imitate the beauty of others. The quest for physical perfection (and by extension approval and acceptance) causes many men who feel inadequate to devote themselves to The Gym so that others in turn may worship their sculpted physiques.

Gay men are often accused of being superficial, of judging other men harshly based on their outward appearance. While individual tastes and preferences vary, generally men who check all of the boxes when it comes to looks get more taps on Grindr, more Instagram followers and more public adoration than their more “average” counterparts. It is somewhat ironic that a community that faces so much judgment and scrutiny so often perpetuates society’s obsession with perfection by holding other men to unrealistic ideals of beauty, denying or ignoring their own beauty in the process. In his BBC article, Arnold cites David Leveseque, a gay vlogger, who maintains that gay men are often fixated on outer beauty because they are looking for validation, which in turn has a detrimental impact on their relationships: “A lot of my gay friends say they struggle to find any sort of meaningful relationship because people are so focussed on physicality, and nothing else. It’s so superficial, and it’s actually really sad. Everyone has something beautiful about them, and we shouldn’t just be looking at the body.”

There is nothing wrong with appreciating beauty and reacting with a sense of awe and desire, as you would when appreciating a work of art or a designer outfit or a perfect cheesecake. The problem comes in when the admiration of that beauty is at the expense of self-acceptance. Imperfection is not the antithesis of beauty. In Manuscript Found in Accra, Paulo Coelho reminds us that “it is the imperfect that astonishes and attracts us…who could imagine a giraffe without its long neck or a cactus without its spines? The irregularity of the mountain peaks that surround us is what makes them so imposing. If we tried to make them all the same, they would no longer command our respect.”

We have to do better when it comes to embracing beauty in all its forms instead of basing acceptance – of ourselves and each other – solely on the ideals of masculine perfection that dominate our daily lives. In the immortal words of RuPaul, “If you don’t love yourself, how in the hell you gonna love somebody else?”