David and Patrick’s full love story put together in one video is exactly what you needed to see today! 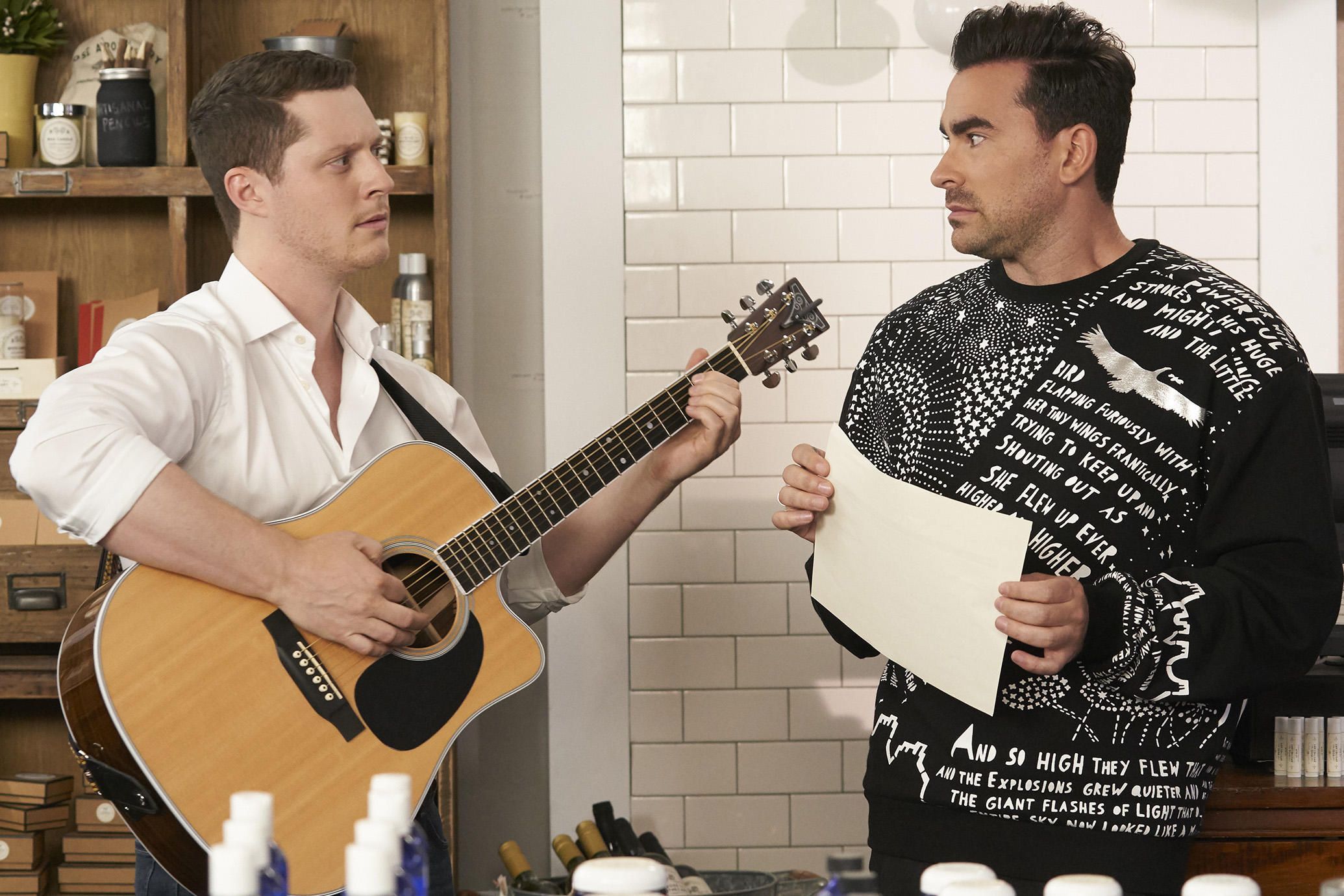 We spent six incredible seasons in that motel in Schitt’s Creek, but it was the love story of David and Patrick that really brought the feels and captivated the world.

Global (26 October 2020) – Schitt’s Creek was our happy place for quite some time, until the comedy series came to a bittersweet ending earlier this year, concluding the story of the Rose family on a hopeful and hilarious note.

The Canadian television sitcom created by Dan and Eugene Levy that aired on CBC Television from January 13, 2015, to April 7, 2020. It consists of 80 episodes spread over six seasons. Produced by Not a Real Company Productions, the series follows the trials and tribulations of the formerly wealthy Rose family when they are forced to relocate to Schitt’s Creek, a small town they once purchased as a joke.

Now living in a motel, Johnny Rose (Eugene Levy) and Moira Rose (Catherine O’Hara)—along with their adult children, David (Dan Levy) and Alexis (Annie Murphy)—must adjust to life without money and with each other.

We spent six incredible seasons in that motel in Schitt’s Creek, but it was the love story of David and Patrick (Noah Reid) that really brought the feels and captivated the world.

David and Patrick are the ultimate couple goals. We watched them meet in season three, fall in love, move in and ultimately get married at the end of season six. It wasn’t always smooth, and they weren’t an obvious match, but we’re obsessed with them.

This is their whole story in just 14 minutes: