Autopsy Study Finds Most COVID-19 Patients Have Macrophages in Myocardium 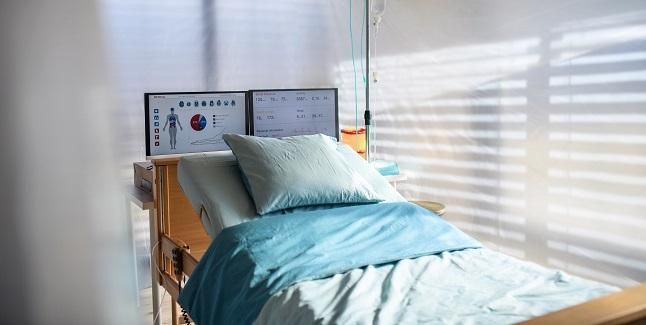 More studies will be needed to understand what the white blood cells are doing and whether they pose long-term risk.

Signs of post-COVID-19 cardiac damage on imaging, even in those who are young and didn’t require hospitalization, have been widely reported and are a source of ongoing debate regarding whether asymptomatic survivors should have routine cardiac magnetic resonance. Most experts agree that they should not.

Other autopsy series in this setting have suggested that viral presence of SARS-CoV-2 in cardiac tissue does not necessarily cause an inflammatory reaction consistent with clinical myocarditis. Additionally, a single case study autopsy of a COVID-19 patient with STEMI found extensive microvascular thrombi with no evidence of viral infection in any part of the heart. Less-cardiac-focused autopsy data have shown endothelial damage leading to a clotting disorder in the capillaries of the lungs and lung weights that are up to four times heavier than normal.

To TCTMD, Stone said confirmation of the findings in larger autopsy studies will be needed, as will attempts to answer questions about what is driving the macrophages into the heart, and whether they pose a long-term risk of cardiac complications by being there.

“They may be driven mostly by cytokine storm and the elevated systemic cytokines. So, they may not directly relate to the body’s response to the virus itself,” he said. “Even though they may be there for a good purpose, such as clearing virus, their presence is certainly going to be correlated with cardiac changes that are that are not beneficial to the patient.”

Commenting on the study for TCTMD, Behnood Bikdeli, MD (Brigham and Women’s Hospital, Boston, MA, and Yale University School of Medicine, New Haven, CT), said while the efforts to provide more-nuanced cardiovascular histopathological findings in COVID-19 patients is commendable, the results of this and other small autopsy studies have to be taken with a grain of salt.

“They did their best to recruit [patients] consecutively, but only those who had cardiac pathology assessed by a cardiovascular pathologist were included, so that might have brought limitations for the representativeness of the cases,” he noted. “Secondly, as a clinician, I would have loved to see more of the clinical correlates of these findings.”

More specifically, Bikdeli said information from echocardiograms and other studies done while the patients were alive would be helpful in terms of making connections between the postmortem histopathologic features and what clinicians observe at the bedside.

In the paper, published recently in the European Heart Journal, Stone and colleagues from the Society for Cardiovascular Pathology and the Association for European Cardiovascular Pathology, led by Christina Basso, MD, PhD (University of Padua, Italy), report that 18 of 21 patients had increased interstitial macrophage infiltration in the myocardium without clearly associated myocyte injury. While two of three patients with confirmed lymphocytic myocarditis had increased macrophage infiltration, so did plenty of other patients with no evidence of myocarditis. The researchers thus urge caution in using the term “myocarditis” when describing COVID-19 patients with elevated troponin; they add that other underlying conditions, including right ventricular strain, as well as other forms of cardiac injury are likely contributors to elevated troponin.

Nearly all the patients included in the autopsy analysis had known underlying medical conditions—primarily hypertension—and one-third had a history of CV disease, including A-fib and CAD. Among the 16 patients for whom troponin levels were available, 11 had abnormal levels.

In 12 of 21 patients, new electrocardiographic changes including new-onset A-fib, partial right bundle branch block, non-specific ST-segment or T-wave changes, transient ST-segment elevation, premature ventricular beats, and ST-segment depression were observed. Patients with myocarditis were more likely than those without to have higher densities of CD3+ lymphocytes and CD68+ macrophages.

To TCTMD, Bikdeli pointed out some other interesting findings from the study, but he noted that they lack important information needed to understand them. For instance, while the authors report no large-vessel thrombosis in the pulmonary arteries, they mention nothing about small-vessel thrombosis. They also show a detailed pulmonary microthrombus stain, but do not clarify how often they observed microthrombi. Furthermore, Bikdeli said the information provided about microthrombi in endocardial vessels also lacks sufficient detail.

Both Stone and Bikdeli agreed that moving forward, COVID-19 patients receiving corticosteroids or statins will prove to be an important source of information on the drivers and mitigators of cardiac inflammation. Bikdeli is coprimary investigator of the INSPIRATION/INSPIRATION-S trial, which is currently studying the use of both anticoagulation and statins in critically ill COVID-19 patients.

“Once we have a better handle on the correlation of the myocardial changes with different treatment approaches that have been attempted around the world, we may be able to say more about which treatments actually help mitigate this injury,” Stone added. “Or we may find that in certain types of presentations there’s a higher likelihood of myocarditis, and thus those patients may selectively benefit from certain interventions that we may not be giving to everyone.”