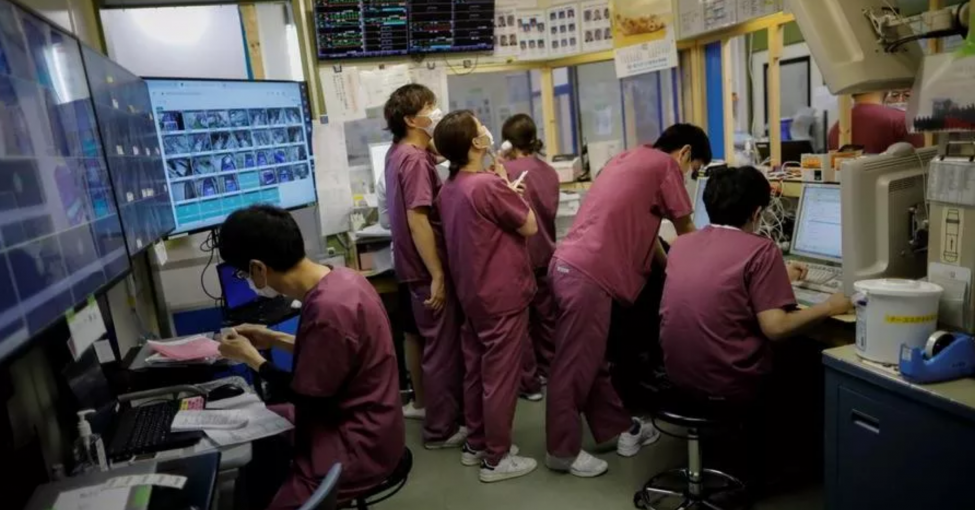 Kobe City General Medical Hospital study on a thousand blood samples: only 0,01% died due to Covid. The prudence of scientists: do not let your guard down.

TOKYO. The mortality of covid19 could be far lower than what scientists had previously believed. Even one in ten thousand. This is what emerges from a study conducted by Kobe City Medical Central General Hospital that collected 1.000 blood samples from patients who visited the hospital in late March and early April.

Patients with coronavirus symptoms were excluded from the sample. Of these thousand 33 people, or 3,3% tested positive for Covid19 antibodies.

If the analyzes were confirmed by further tests in other prefectures of Japan, the mortality of Covid19 would plummet to 0.01%, or even lower than the seasonal flu.

The doctors who performed the tests remain cautious as they are still samples taken exclusively from outpatients, but the director of the hospital, Kihara Yasuki, has however reiterated that there is a high possibility that many more people have actually been infected from Covid19 with respect to the hypotheses made so far. To these data are added hundreds of patients affected by the seasonal flu who had already noticed “unusual” symptoms in January.

Kobe is one of the most cosmopolitan Japanese cities, so that Covid19 arrived here already at the end of last year is not at all improbable.

This discovery could have significant consequences not only from a psychological but also a practical point of view: it could lead to a lightening of the emergency measures taken starting from mid-April. Closing of schools, cancellation of events and request to clubs and restaurants to remain closed.

And it is this latter recommendation that has had the most devastating repercussions. When the curve of the infected by Covid19 returns to levels that are no longer alarming, it will be necessary to count not so much the excess deaths caused by the virus but those due to the consequences of the closure of the economy.

How many small entrepreneurs, restaurant owners fall into the cold statistics of the 1700 suicides that occurred in March it is difficult to establish it but in the chronicles of these days heartbreaking stories emerge. Like the manager of an izakaya in Sapporo who hanged himself after getting into debt to renovate the club in view of the Olympics which were then postponed. Same fate for the owner of a tonkatsu restaurant (fried cutlets) well known in Nerima, north of Tokyo, who has chosen to set himself on fire in his restaurant.

And it is precisely because stories like these are now on the agenda if the governor of Osaka thinks of easing emergency measures already from mid-May.

PrevPreviousHugs, sequins and rainbows as Taiwan enjoys victory over coronavirus
NextAutopsy Study Finds Most COVID-19 Patients Have Macrophages in MyocardiumNext