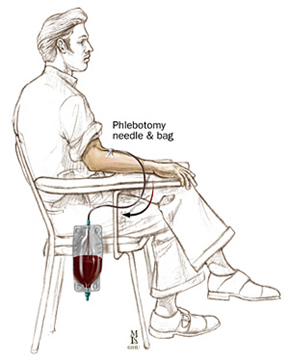 Hemochromatosis is a metabolic disorder in which your organs accumulate excess iron, leading to organ damage. Hereditary hemochromatosis affects one in 300 people in the United States. However, it often goes undiagnosed, partially due to its nonspecific symptoms. The classic form of hemochromatosis is most common in Caucasians of Northern European descent. It is a genetic disease that may be found in families.

Symptoms of hemochromatosis usually appear after age 50, once significant iron has accumulated in the body. Symptoms may appear later in in women, typically about 10 years after menopause.

Many patients with hemochromatosis do not exhibit any symptoms. The disease is usually diagnosed as a result of family screening or after a blood test indicates a high level of iron or abnormal liver enzymes. Early signs are nonspecific and may include:

Patients with hemochromatosis are at increased risk for pancreatic cancer. Arthritis also can develop as a result of the excess iron.

A diagnosis of hemochromatosis begins with a complete physical examination, during which you describe your symptoms and medical history. Other tests include:

Your doctor will order a blood test to check for a high concentration of iron. Blood tests include:

A liver biopsy offers a definitive diagnosis. Your doctor may recommend a biopsy if you have elevated iron levels in your blood, especially if your symptoms are consistent with hereditary hemochromatosis. During a biopsy:

Because hemochromatosis symptoms are nonspecific, patients who are considered at risk for this disease should be screened regularly. This way, if the disease is present, doctors can find and treat it in its early stages.

You should be screened if you have a first-degree relative with hereditary hemochromatosis and you are between 18 and 30 years of age. The risk of organ damage increases the longer it is untreated. The initial testing will most likely include a number of blood tests.

Imaging: MRI of the Liver