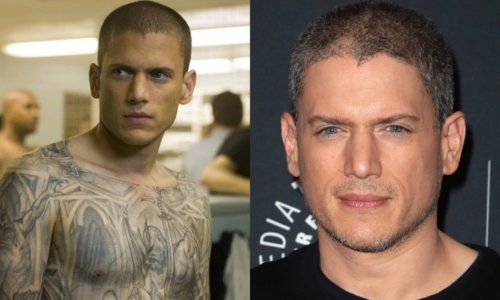 Prison Break star Wentworth Miller has told fans he won’t be taking part in any future seasons of the show because he’s done playing straight men.

The actor appeared in all four seasons from 2006 to 2009, as well as the 2017 revival, as Michael Scofield, who deliberately sends himself to prison to break out his elder brother Lincoln Burrows.

A sixth season of Prison Break is rumoured to be in the works, but it’ll have to go ahead without its lead character after Miller confirmed he’s quit for good.

Miller, who is gay, said his decision was partly linked to the abuse he gets from homophobic viewers, who are presumably unhappy to learn he’s not as straight as his character is.

“Who are these people? On my page? What backwards-ass, Stone Age values country did they crawl out of? The US?” he asked, referring to the offensive comments and DMs he receives.

He went on to explain that he although “won’t be disappearing” from social media, the ability to comment on his posts will.

“I’m not concerned for myself. I can’t be ‘bullied’ in this space. I have too much power. ‘Delete. Block. Deactivate.’ Etc,” he said. “But I take seriously the possibility of queer kids visiting here, recently out of the closet or exploring the idea… I don’t want them exposed to bulls**t.”

Miller admitted his decision to cut ties with Prison Break was “related” to this, and concluded with a message to the fans who were salty about his sexuality.

“I’m out. Of PB. Officially,” he confirmed. “Not because of static on social media (although that has centered the issue). I just don’t want to play straight characters. Their stories have been told (and told).

“So. No more Michael. If you were a fan of the show, hoping for additional seasons… I understand this is disappointing. I’m sorry.

“If you’re hot and bothered because you fell in love with a fictional straight man played by a real gay one… That’s your work.”

Prison Break stars come out in support of Wentworth Miller.

The actor’s Prison Break co-stars shared their support for his decision.

“It was fun mate. What a ride it was,” said Dominic Purcell, who played Miller’s on-screen brother, Lincoln Burrows. “Fully support and understand your reasoning. Glad you have made this decision for you health and your truth.”

Sarah Wayne Calies, who played his character’s wife, Sara Tancredi, added:  “With gratitude for all the work we did together, & with deep love, I’m voicing my support for that choice.”

Wentworth Miller came out as gay in 2013, four years after Prison Break wrapped its original run, in a letter declining an invitation to a Russian film festival. He said that as a gay man, he could not be present on account of the Kremlin’s treatment of LGBT+ people.

Soon after, Miller opened up about the struggles he faced as a teenager while coming to terms with his sexuality, including a suicide attempt.