Ten Signs You Are Partying Way Too Much 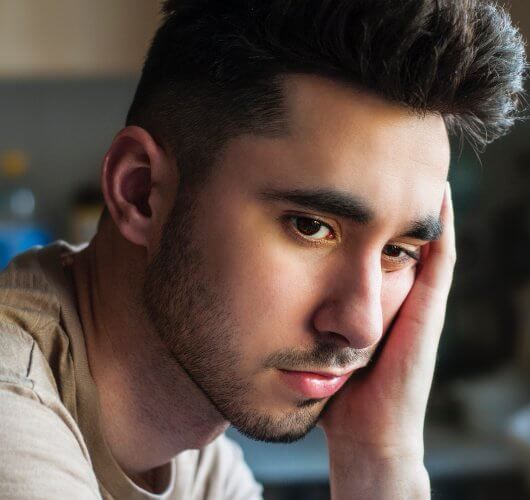 Queerty asked contributor Mark S. King, who has written about his history of drug addiction, to share some signs that a recreational party boy might be headed for serious trouble. He compared notes with other recovering gay addicts and alcoholics, and added his own experience to create this list.

Who hasn’t had a wild night out, putting an exclamation point on it by hurling in the gutter when it ended? Lots of us have awakened bleary eyed, lying next to Mr. What Was I Thinking. Being the last to leave the club, and not under your own power, is practically a gay rite of passage. No wonder alcoholism is more prevalent among gay men.

How do you know when you’ve gone from the life of the party to the point where your friends are telling you partying 24\7 is really not a job?

Just in time for September’s National Recovery Month, here are some clues that your playtime might actually be crossing the line — and a few ideas and resources for what to do about it.

1. You say, repeatedly, “Well, I’m never doing that again,” and then you do

Ever spend the morning trying to piece together what happened after getting your wrist stamped on the way into the club? Or maybe you actually do remember making out with your roommate’s boyfriend after Jello shots (how many were there again?). So, you promise yourself you’re cleaning up your act, and then a funny thing happens: you do something equally as embarrassing the next weekend.

Some of us get the picture and don’t like what we see, so we stop it and move our lives along. If you’re stuck in the never/again/never/again cycle, you might be a hot mess.

2. Partying becomes more important than other things that used to matter

You’re met with a perplexing dilemma: dinner with mom or happy hour. And you really love your mom. So naturally you check out happy hour just so see who’s there. If you’re choosing time with Jim Beam or Miss Tina over family and friends, rethink your priorities.

It isn’t just about people, either. Maybe work isn’t as interesting anymore, or at least it’s not worth showing up on Mondays. You might still belong to your bowling league but only because of the pitchers of beer. The hobby projects you used to enjoy are gathering dust — or repurposed as a surveillance system in your bedroom. Whatever your interests, if you’re missing out on them because there are drink specials at the bar (or a glass pipe in your mouth), it’s time to take a break and rediscover your lifelong passions.

3. Your online profile says more about partying than it does about you

Does your cruise profile devote prime space to phrases like “party and play” and “anything goes?” Did you even notice there are other fields to fill out? And no, “PNP” isn’t a full time job. Do you change your profile location based on whose couch you’ve been crashing? Are your best outfits now being hawked on eBay? If any of these apply, it might be time to stop reading and do an online search for rehab centers.

At least one recovering addict, Broadway musical actor Steven Strafford, has turned his own, true story of alcohol and drug addiction into a one-man show as hilarious as it is harrowing. His brutally honest production Methtacular! is playing in Chicago and headed to other cities (watch a video review on the show below). Steven’s entertaining take on the wreckage of his past demonstrates that there is joy again after facing down your demons — at least when those troubles are seen through the rear view mirror. The first step is starting the work to put it behind you.

The fact your cell phone was cut off or your rent was late again could be a rare financial squeeze beyond your control. Or it might be because constant partying is expensive, and is squeezing out your paid work time, and you don’t have the disposable income of Lindsay Lohan.

Or maybe you’ve been changing your standards — about how wasted you will get, how many times a week you’ll wake up hung over, who you’ll sleep with, the risks you’ll take in bed — and the rungs have been lowered more slowly than a Mad Men episode so you haven’t really noticed the change. Or haven’t cared to notice the change. It might be time to take stock of things, and we’re not talking the liquor cabinet.

5. Something happened while partying that you really regret

You used to play it safe sexually every time, or at least know the guy well enough to make an informed choice. Then one night you decide condoms ruin the mood — a decision you make when you’re completely wasted. With a total stranger.

You got your first DUI, or had a close call with a cop. You wrecked a car. You woke up bruised. You look like they have begun applying the make-up for your Walking Dead cameo. But you write it off to bad luck or say you’re just not feeling very well.

You have your peeps neatly separated into two groups: the ones who party like fiends, and the ones who don’t. And you do not want them to meet each other. Like, ever. So you spend more effort keeping people apart than Charlie Sheen at a family reunion.

7. You’re lying so much you can’t keep track

You’re keeping secrets from nearly everyone. Your social world is getting smaller while you keep trimming away the party pals that can’t keep up with you (or know you too well). You start to feel like you are hiding who you really are, and you’re more anxious about people finding out your true identity than Clark Kent at a wet T-shirt contest.

8. You’re not the dependable guy you used to be

You call in sick. You cancel appointments, even with your mom. You go from Dean’s list to the D List in one semester. And it isn’t just you that isn’t dependable anymore. The party favors — whatever they are — aren’t packing the punch they used to. It takes more to get you off.

Basically, you’re not showing up for life anymore. Nothing is so important you can’t cancel at the last minute, and your reasons are flakier than a Martha Stewart pie crust.

If you’re convinced you can slow it down any time, then try this simple test: stop. Whether it’s drinking or downing a tablet or snorting a line, just take a break from partying. For just two months at first, stop everything. If you can’t manage that, or the very idea sounds impossible to you, then you’ve got yourself a problem. (An exception: extreme alcoholism as well as addiction to certain prescription drugs like Xanax can be very dangerous to stop cold turkey. You may need professional detox.)

Don’t be afraid to ask for help stopping. Talk to someone you trust (your dealer and best party bud don’t count) and check for local resources. You don’t have to live like this.

10. If you’re asking yourself if you party too much, you probably are

It sounds like a trick question but it’s usually true. Underneath your exhuberant party animal exterior, you’re starting to question why you can never seem to walk away from the dance floor, the bar stool or the sticky sofa in your dealer’s bedroom. You take comfort that a lot of the things written above don’t apply to you, but you’re bothered about the ones that do.

There are questionaires to determine if you have a serious drug problem. A sobering wake-up call might be all the help you need, but sometimes you need professional resources.

There are LGBT friendly treatment programs. And there are gay meetings in most major cities of Alcoholics Anonymous and Crystal Meth Anonymous, with some pretty cool people waiting to help.

Sometimes, life is a game of musical chairs. At some point, the music halts and it’s time to take a seat. If the dance beat in your overly self-medicated brain won’t stop playing and you won’t sit down, get some help.