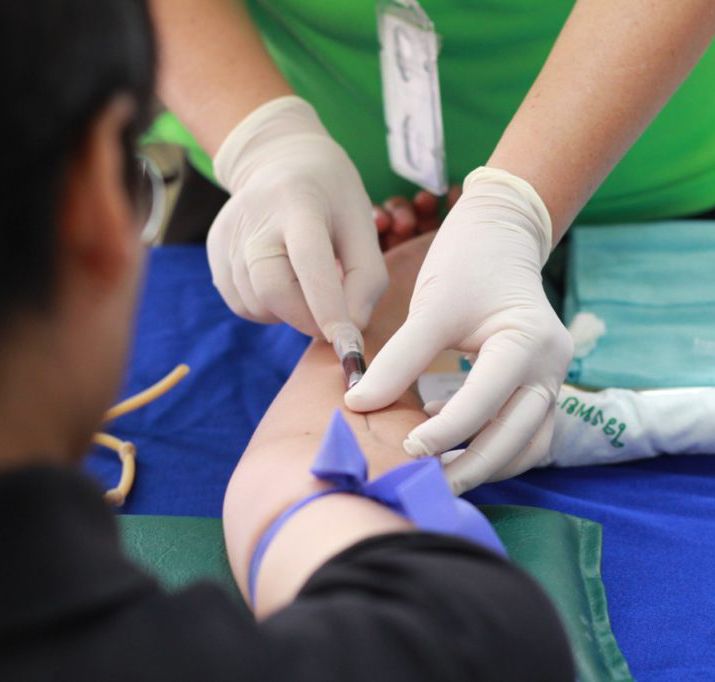 The British government announced Monday (14 December) that it would bin the years-old partial ban on gay and bisexual men donating blood in what activists are seeing as a major stride for equality.

New guidelines described by the government as a “landmark change” will relax roadblocks for queer men to donate blood.

Now, any men who have sex with men and are in monogamous longterm relationships, or have been with their sexual partner for more than three months, will be able to donate blood at any time from summer 2021. This is regardless of their gender, their partner’s gender, or the kind of sex they have.

Moreover, those taking PrEP, the HIV-preventative antiviral drug, and PEP or engaging in chemsex will still not be allowed to donate.

Such criteria implements a change long implored by campaigners – focusing on individual behaviours, rather than blanket assumptions.

The policy even applied to married queer men and those in monogamous relationships, something which activists said showed how entrenched in homophobia it was.

Indeed, many of Britain’s top blood equality groups and sexual health charities hailed the move as “pioneering” while health officials stressed that the decision preserves the safety of the nation’s blood supply.

British government loosens final strands of decades-old blood ban, but there is ‘more work to be done’, say activists

Against a backdrop of withering blood donation numbers and activists even launching an “illegal blood bank” earlier this year to spotlight how futile it is, the government eased the ban.

Health advisors recommended the changes after examining the latest evidence in blood donation and sexual health.

The committee also acknowledged that “all donors”, including heterosexual people, have the potential to carry infections. Chemsex, the use of drugs during sex, was also counted among risky behaviours.

Su Brailsford, associate medical director at NHS Blood and Transport, said: “Patients rely on the generosity and altruism of donors for their life-saving blood

“We are proud to have the safest blood supply in the world and I’m pleased to have concluded that these new changes to donor selection will keep blood just as safe.”

The Department of Health and Social Care accepted recommendations from the For the Assessment of Individualised Risk, a steering group of blood services and LGBT+ charities, in a report published Monday.

While Ethan Spibey, founder of equal blood donation pressure group FreedomToDonate, said: “We welcome a pioneering new policy and are immensely proud that more people than ever will be able to fairly give the life-saving gift of blood.

After six years campaigning for the restrictions to be lifted, he added: “Simply being a man who has sex with men is not a good enough reason to exclude someone from donating blood.”

Dr Michael Brady, medical director at the country’s leading sexual health charity Terrence Higgins Trust, applauded the move as he sought to stress that: “There is certainly more work to do.

“We will continue to work to ensure that our blood donation service is inclusive, evidence-based and both maximises the numbers who can donate while ensuring our blood supply is safe.”

The three-month-long deferral window was an iteration a haunting move by lawmakers in the 1980s where, in in the throes of the AIDS crisis, a lifetime ban on gay and bisexual men donating blood was first introduced.

At the time, with fear and homophobia simmering, little was known about the human immunodeficiency virus, which causes the disease, and there was no quick test to determine whether somebody had acquired it.

For decades, campaigners have sought to stress that banning men who have sex with men from donating blood is unnecessary, discriminatory and a waste of safe blood.

But science – and understanding of HIV – has immeasurably advanced, with simple tests now commonplace to swiftly identify whether blood contains the virus. Yet, the ban remained in place.

The lifetime ban was eased to one-year deferral in 2011 and then three months years after, based on advice from the Advisory Committee on the Safety of Blood, Tissues and Organs. Blood services of England, Scotland and Wales implemented these blood donor guidelines.