Is the WHO fit for purpose? 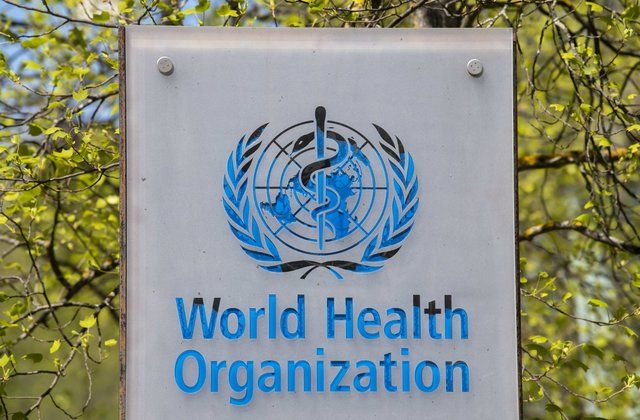 It’s been a year since the WHO notified the world about a ‘pneumonia of unknown cause’ discovered in China. Given that its primary purpose was to combat contagious diseases, it has fared poorly.

In mid-December, news agencies reported that the World Health Organisation (WHO) would lead an international mission to China in the first week of January to investigate the origins of the virus that sparked the Covid-19 pandemic.

The first week of January 2020 was when it first notified the world about a ‘pneumonia of unknown cause’ originating in Wuhan, China. Health ministers from member states asked the WHO to investigate the origin of the virus in May. So, this investigation is extraordinarily late.

Almost immediately, the United States – which has accused China of obfuscating the origin of the virus and the extent of its own outbreak – denounced the terms of the WHO mission, which is to conduct further studies to build on China’s own findings. This apparent deference to China does little to allay suspicions, expressed openly by the US, that the WHO has been dancing to the tune of the Chinese Communist Party.

With some of the team already en route, the news broke that China had denied entry to the WHO team. Clearly, the ‘transparent and inclusive’ investigation upon which the US had insistent, was a bridge too far for the Chinese.

This latest setback compounds the WHO’s bungling of the Covid-19 pandemic.

The missteps began very early on in the pandemic.

China reported the outbreak to the WHO on 31 December 2019. On the day WHO announced a ‘pneumonia of unknown cause’ to the world on 5 January, Chinese scientists investigating the coronavirus completed its genetic sequencing. Yet it would take another week before the WHO was let in on the secret.

On 14 January, nine days after the WHO first reported the discovery of the new pneumonia, and two days after it published the genetic sequence of the coronavirus that caused it, Maria Van Kerkhove, acting head of WHO’s emerging diseases and zoonosis unit, told Reuters: ‘[It] is very clear right now that we have no sustained human-to-human transmission.’

A week later, the WHO reconsidered this view, admitting that there is ‘at least some human-to-human transmission’, but could not decide whether the outbreak ought to be categorised as a public health emergency of international concern. It would take yet another week before it made that decision, on 30 January 2020.

When it learnt of China’s draconian lockdown in Wuhan and Hubei province in January, the WHO’s representative in Beijing said: ‘The lockdown of 11 million people is unprecedented in public health history, so it is certainly not a recommendation the WHO has made.’

Yet the WHO did nothing to discourage similar lockdowns in the rest of the world. It never expressly advocated them, instead emphasising its ‘test, track and trace’ strategy, but it wasn’t until October – after the global economy had been brought to a grinding halt by most governments – that the WHO unequivocally turned against lockdowns, calling them a ‘ghastly global catastrophe’.

On 3 February, when other countries started to cancel flights to and from China, the WHO’s director-general, Tedros Adhanom Ghebreyesus, said there was no need to ‘unnecessarily interfere with international travel and trade’.

This statement was widely interpreted as an attempt by Tedros to protect China’s economy. When the WHO finally issued a statement on international travel on 29 February, it reiterated that travel and trade restrictions were largely ineffective, and would likely have many negative consequences, including to pandemic response efforts. It conceded that for countries with few international connections and limited response capabilities, a short restriction on international traffic may be justifiable, but only at the beginning of an outbreak.

Nobody listened. Everyone shut down international air travel. In South Africa, the shutdown lasted for many months.

In early March, scientists the world over were describing the Covid-19 outbreak as a pandemic, but the WHO resisted doing so. Tedros said: ‘Unless we’re convinced it’s uncontrollable, why [would] we call it a pandemic?’

Three days later, with the disease having spread to 118 countries, the WHO finally relented, calling it a ‘controllable pandemic’.

The WHO initially recommended against mask-wearing for the general public. It only reversed that stance on 5 June 2020, and even then said that mask-wearing was ‘not yet supported by high quality or direct scientific evidence’. This dithering substantially undermined the credibility of mask mandates around the world.

Obsessed as it had become with lifestyle-related, non-communicable diseases, the WHO could not resist making statements linking smoking to Covid-19 risk. By referring only to studies about the severity of disease in cases where smokers did contract Covid-19, the WHO ignored numerous studies that found smokers are less likely to contract the disease in the first place, which on balance made smoking somewhat protective against Covid-19.

The WHO’s advice, therefore, was unhelpful, and in South Africa, it had the effect of supporting a baseless prohibition on tobacco products which compounded the economic strain on the country and led to thousands of unnecessary job losses.

In March, the WHO launched the Solidarity Trial, under which it would investigate the effectiveness of four proposed treatments for Covid-19, these being remdesivir, hydroxychloroquine, lopinavir/ritonavir, and interferon. In October, it proudly announced: ‘Solidarity Therapeutics Trial produces conclusive evidence on the effectiveness of repurposed drugs for COVID-19 in record time.’

You’d have had to read further to discover that none of the four treatments were found to be effective. The only drug that has proved to be effective against severe and critical Covid-19, corticosteroids, was not part of the WHO’s big trial.

It launched the COVAX Global Vaccines Facility in August, with the aim to procure two billion vaccines for poor countries in 2021. While much of the rest of the world has already begun large-scale immunisation campaigns, and even India has managed to secure 2.2 billion vaccine doses for its population, the COVAX facility has only managed to secure 700 million doses to date, and countries that subscribed to the facility will have to watch healthcare workers die for several more months before they receive even the first doses from COVAX.

The WHO has demonstrated that it frequently dithers even when the stakes are high. It has no actual power and is unwilling to publicly criticise or gainsay member countries. Its member countries do not take its recommendations seriously. It proved unable to recommend effective treatments against Covid-19, and it is falling short on offering equitable access to vaccines.

Throughout this pandemic, it has proved to be ineffective, often clueless, and entirely toothless in the execution of one of its core mandates.

In future columns, I’ll review the WHO’s broader historic performance, consider the reasons for its successes and failures, and examine some ways in which it might be reformed.