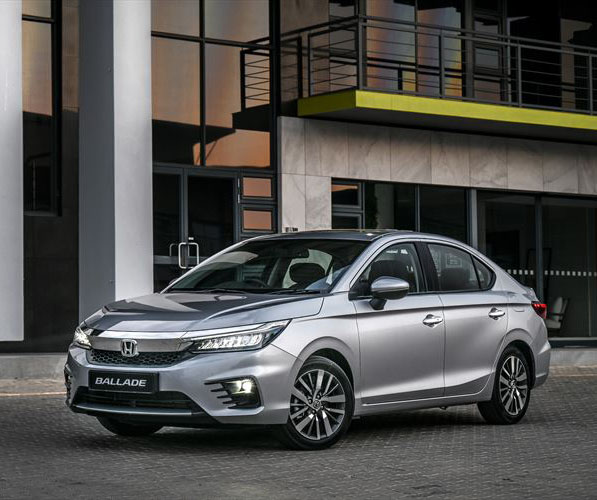 We had the privilege to enjoy the Ballade recently and was extremely impressed with it’s fuel consumption, space, well insulated cabin with spine-friendly seats and suspension.

Originally launched in South Africa in 1982, eight generations later it has become one of Honda’s most iconic models in the country, with a superb reputation for reliability and durability.

Now, 39 years later, the Honda Ballade is one of SA’s  most recognisable brand names locally and has played a significant role in contributing to the establishment of Honda Motor Southern Africa as a stand-alone entity here.

Brand loyalty amongst Honda customers has always been very strong due to a high degree of trust in the products that are well built and well priced.

While remaining true to Honda’s proud heritage, the all-new Ballade raises the bar to a whole new level. “With a strikingly sporty and sophisticated exterior design, exceptional interior space and an extensive list of high-tech features, the all-new Ballade represents many generations of Honda innovation at its best,” states Dinesh Govender, Honda GM of Automobiles and Corporate.

Having lived personally with a Honda Ballade in the family for decades from my late teens to being the primary care giver to my mother,  I also took care of the maintenance of the Ballade. Not that much was required which was a pleasant surprise versus many previous cars lumped together over a similar time frame.

The new Ballade is the first model to introduce the global Honda ‘RS’ brand name locally and  ‘RS’ is defined as ‘Road Sailing’, a nod to the smooth nature of a boat sailing on water.

Sleek exteriors reflects a striking and sporty silhouette. It has a lower and wider stance, along with a longer bonnet and short front overhang than it’s predecessor. It’s also slightly larger and lower which has improved overall driving dynamics and interior  space for improved passenger comfort.

Our Elegance RS model had LED headlights and fog lights, but all models come standard with LED daytime running lights and distinctive wrap around LED taillights that accentuates the aerodynamic design. 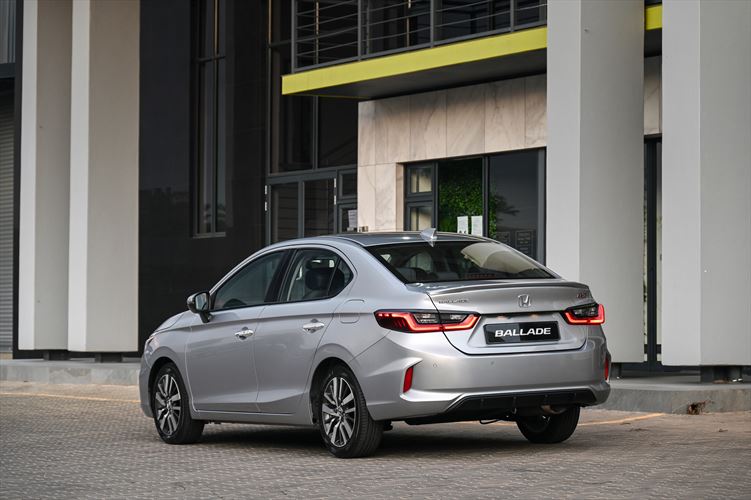 Slim A-pillar and repositioned side-mirrors provide an excellent field of view for the driver  minimising blind spots. A high-resolution eight-inch touchscreen display has been neatly integrated into the instrument panel with a new standard infotainment system on the Elegance and RS models, grants the user full Apple CarPlay and Android Auto functionality.

Honda is known for generosity with standard features, but our flagship RS model had many additional features and technology such as smart entry with walk-away auto locking, a rear-view parking camera, electric sunroof, and a new intuitive 7-inch TFT multi-information display replacing the traditional analogue instrument cluster. Contents contents displayed on the instrument cluster can be adjusted via controls on the steering wheel.

A new 1,5L DOHC engine with i-VTEC technology is more efficient with reduced emissions, and slightly more power and a better torque curve at a lower engine speed. Usually I dislike CVT transmissions, but I liked the revised version of the Continuously Variable Transmission (CVT) that features ‘G-Design’ shift control, which  creates the sense of driving a traditional automatic transmission through the integration of artificial gears during acceleration, but offering the enhanced fuel efficiency of a CVT.

Typically Honda, there are many safety features like an advanced Anti-lock Braking System (ABS) with Electronic Brake-force Distribution (EBD) and Vehicle Stability Assist (VSA) control. Rear parking sensors are standard on all but the base Comfort model, while the RS model gains a reverse parking camera for added convenience.

Honda’s ACE body structure allows for the even distribution and redirection of collision energy away from the passenger compartment, while at the same time minimising damage to other impacted vehicles.

I recommend a test drive if you’re in the market as the balance between practicality, performance and pricing is optimal.

The Ballade comes with a four-year/60 000km Service Plan 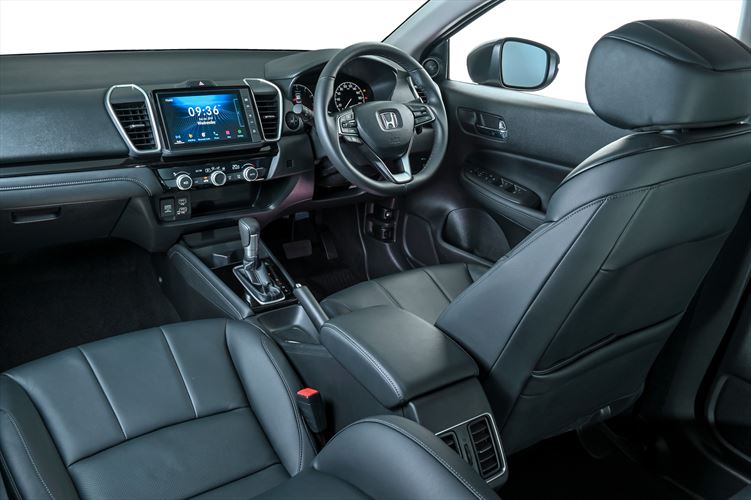 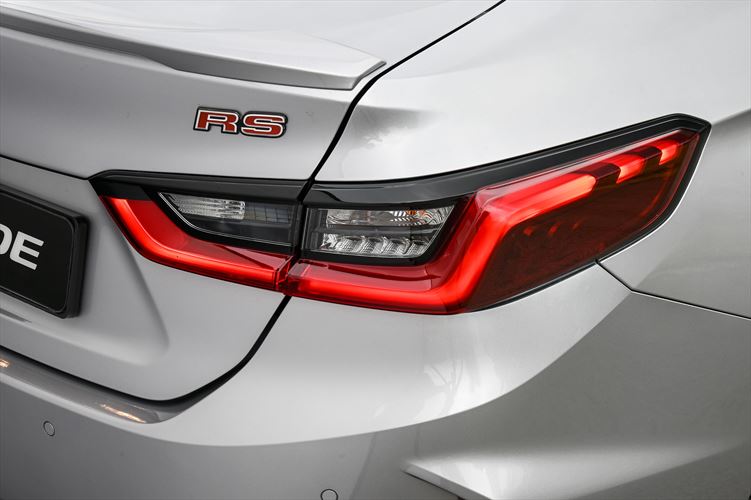