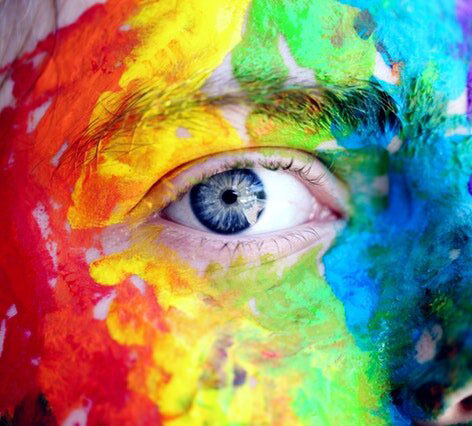 Meet the movers and shakers who form The Future (25 and Under) category, supported by Clifford Chance, in the inaugural Attitude 101 list.

The inaugural Attitude 101 list is here, and we’re shining a rainbow-coloured spotlight on 100 LGBTQ trailblazers – and one Person of the Year – whose contributions to their fields are changing the world as we know it.

After a difficult year, it’s time to look firmly to the future as we celebrate queer accomplishments from across a range of sectors.

Attitude 101 consists of 10 categories, each containing 10 individuals, and importantly forgoes any kind of ranking; instead highlighting the collective power of our community’s individual achievements.

The categories are as follows: Science, technology, engineering & mathematics; Fashion and design; Sport; Third Sector & Community; The Future (25 and Under), supported by Clifford Chance; Media and Broadcast; Financial & Legal; Arts & Entertainment. Plus a very special Person of the Year, whose achievements in 2020 have set a new precedent for what’s possible for LGBTQ people.

Young people are our future and the LGBTQ trailblazers who make up The Future (25 and Under) category, supported by Clifford Chance, are giving their senior counterparts a run for their money.

This category includes actors, activists, creatives and campaigners. The one thing they all in common is that they all demand to have their voices heard through talent and hard work. Check them out below:

A precocious – not to mention unapologetically queer – talent, 20-year-old Arlo, aka Anaïs Oluwatoyin Estelle Marinho, is being tipped for very big things and has popped up on all the notable “ones to watch” lists.

Of course, the pièce de résistance is taking pride of place in Attitude’s 101 The Future category.

“It’s quite surreal, especially to be experiencing this growth in a year like this – I can’t quite believe it, because I spend most of my time at home playing Scrabble with my dad and cooking ramen, do you know what I mean?!” she chuckles. “It’s weird how the world has expanded, and the consciousness of my music has expanded so much, but I’m still trying to make sense of it all.”

Arlo Parks’ debut album Collapsed in Sunbeams is out on 29 January.

Jazz Jennings first stepped into the spotlight in 2007, when she was six years old — wearing a dress, she appeared on US television and opened up about being a transgender child.

She has been a prominent media figure ever since, releasing her own children’s book, a memoir (2016’s Being Jazz: My Life as a (Transgender) Teen featured on the list of the most banned books of the decade) and, with the support of her family, she set up the TransKids Purple Rainbow Foundation.

Now 20, Jazz is the star of her own reality TV series, TLC’s I Am Jazz, holding a mirror to the trans experience.

Plucked from obscurity, Max Harwood is set to make a real song and dance in Hollywood as the show-stopping star of Everybody’s Talking About Jamie.

The British newcomer — who has no previous screen credits — reigns supreme as the teen drag queen dreaming of a stage bigger than his South Yorkshire home, in director Jonathan Butterell’s glittering adaptation of the Olivier-Award-nominated West End musical.

Max, 23, admits he was nervous about trying the famous red heels on for size.

“It was daunting because obviously lots of people have played the role before on stage,” he tells Attitude. “But I feel very lucky.”

Star Trek history was made when it was announced that Blu del Barrio was joining the ranks of Star Trek: Discovery and would, ahem, boldly go forward as the first-ever non-binary character in the franchise.

Making their screen acting debut, Blu, 23, plays mysterious cadet, Adira, in the sci-fi spin-off. The American star, who studied at the London Academy of Music and Dramatic Arts, said the role gave them the courage to come out.

“I hadn’t told the majority of my friends and family that I was non-binary,” they told GLAAD. “When this happened, it felt like the universe saying: ‘Go ahead.’”

In 2018, she won the first-ever MTV EMA Generation Change Award in recognition of her work, while a year earlier she was named Stonewall’s Campaigner of the Year after tackling LGBTQ inequality in schools and online.

Jones produces a wellbeing-themed newsletter, titled Reasons to Keep Going; hosts her own podcast, Never Read the Comments — exploring how the internet can be used to positive effect — and runs an Instagram account (@disability.lgbt) designed to amplify and educate on disability and LGBTQI+ matters.

As a teen, Beth Ingram struggled with mental health and spent a lot of time in and out of hospital.

After becoming all too aware of the lack of support services for young people, Beth founded Hearts and Minds in September 2017.

The peer-led charity — staff and volunteers have experienced mental-health difficulties — specialises in creating spaces and communities where 14-/15-year-olds can be seen, heard and reminded that they’re not alone.

In the summer, Beth’s efforts were rewarded when she received The Diana Award, the highest accolade a young person can receive for social and humanitarian action.

Travis Alabanza is one of the UK’s most influential trans voices.

A fixture on London’s queer scene, the artist, performer and writer published their debut poetry collection, Before I Step Outside (You Love Me), in 2017, followed a year later by their acclaimed theatre show, Burgerz — inspired by a transphobic attack, in which they were pelted with a burger and verbally abused by a member of the public.

Leading the way in the national conversation around transgender rights, Travis’s new play, Overflow, is set inside a women’s toilet cubicle and flushes out prejudices as it explores trans safety.

Anick speaks out for people with variations in sex development and intersex traits.

Born with ‘atypical genitalia’ — before a chromosome test determined him to be male — Anick underwent multiple surgeries as a child to ‘normalise’ his appearance, and in the BBC’s 2018 documentary, The Intersex Diaries, he is seen preparing for a procedure to create a phallus.

Bringing intersex issues out of the shadows, Anick campaigns for children’s rights and is against genital surgeries — for cultural reasons, or non-life saving concerns — until a person can provide informed consent. “You don’t own anyone else’s body,” he said.

British model and activist Yasmin Benoit shines a light on the sometimes overlooked, often misunderstood letter at the end of the LGBTQIA acronym.

“When you say you don’t experience romance and sexuality and that those things are, innately, not a part of you, people think you’re less human,” she said previously.

Righting the wrongs (and striking a pose while doing so), Yasmin serves fierce, long-overdue representation.

A University of Cambridge graduate, with a first-class degree in human, social and political sciences, Zareen was the university’s first LGBTQ+ officer of the African and Caribbean Society, where she worked to improve LGBTQ+ inclusion.

She later became the first-ever president of FUSE — a safe space for BAME LGBTQ+ students. Zareen is also the co-founder of the slam poetry collective, GlobePoets, and has won and competed in several national and international contests.