The wealth tax idea is back 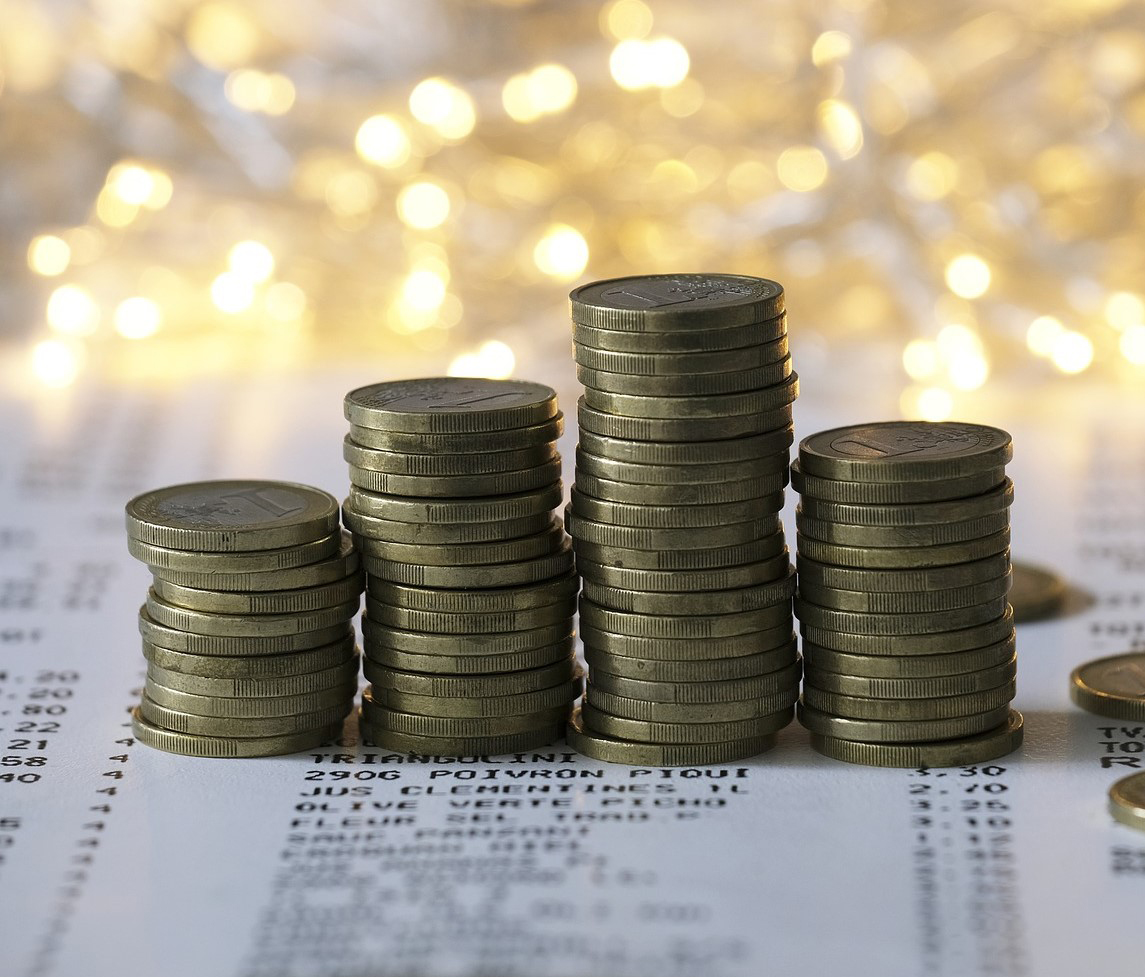 The SACP/ANC alliance has long wanted a wealth tax to help ‘discipline’ capital and advance the Freedom Charter’s goal of ‘sharing’ the country’s wealth.

The economic fallout from the prolonged Covid-19 lockdown – coupled with the government’s claimed inability to finance vaccine purchases out of existing tax revenues – has prompted wealth tax proponents to dust off their proposals and return to the fray.

The latest out of the blocks is a working paper published last week and entitled A Wealth Tax for South Africa. Written by three academics (from Wits University’s Southern Centre for Inequality Studies and the World Inequality Lab at the Paris School of Economics), the paper claims that a progressive annual wealth tax – levied on the top 1% of South Africans at rates ranging from 3% to 7% – could raise R70bn to R160bn a year.

Since a 30% evasion rate can be expected, the annual yield would realistically be some R134bn, they say. This would suffice to ‘cover some 85% of debt-service costs and about 60% of all expenditures on social protection’, including social grants. (This claimed ‘coverage’ seems incorrect, however, as South Africa’s debt service costs are budgeted at R236bn in 2020/21 and its social protection spending at around R200bn – so the wealth tax would have to generate about R320bn to cover the proposed shares of those expenditures.)

What, then, is an annual wealth tax – and how does it differ from three related taxes South Africa already levies: estate duty, capital gains tax, and transfer duty? The critical difference is that a wealth tax is charged on the mere holding of assets, whereas these other three taxes kick in only when relevant assets are transferred (on death, sale, or purchase).

Wealth taxes are generally applied to assets ranging from houses and land to cash, pensions, savings, and shares in listed and private companies. The tax is levied on net wealth, after the deduction of debt and other liabilities. But it commonly applies to assets that yield little or no income – and which may have to be sold to help pay the tax. This deters investment, reduces growth and jobs, and encourages a flight of capital and skills.

Take, for example, the plight of some 500 peasant farmers, fishermen and small holders living on the Île de Ré off France’s Atlantic coast. Property prices on the island soared after a bridge to the mainland turned it into a popular tourist destination. Many of the original inhabitants then found themselves liable to pay France’s wealth tax, despite their meagre incomes. Some had to sell off nearly all their land to pay wealth taxes that regularly exceeded their entire annual earnings.

Rebates and deferments are often needed to help reduce hardships of this kind. But these exceptions undermine the efficiency and fairness of the tax and reduce its yield. Yields are generally low in any event, raising questions as to whether the tax is worth its high implementation costs.

The authors of the working paper brush aside these many problems. Instead, they assume that an annual wealth tax in South Africa would have a high enough exemption threshold to avoid the problem of the ‘illiquid’ taxpayer.

But what they actually propose is that the ‘wealth threshold’ for liability to the new tax should be set at R3.82m. This would extend the tax net to some 360 000 people – most of whose wealth consists mainly of their homes and pension savings.

The tax burden will fall hardest on those who have managed to pay off mortgage bonds and build up pension savings to amounts just large enough, at current low interest rates, to generate modest monthly incomes in retirement.

The authors dismiss the plight of people in this situation. Since the tax would be levied only on additional wealth above the R3.82m threshold, an individual with R6m in net worth would pay a wealth tax of 3% on R2.18m (the ‘excess’ above the threshold). The tax payable would thus be a mere R65 400, rather than R180 000.

Forced sales of homes to pay the tax would soon bring housing prices sharply down, while pension savings would quickly diminish and might soon run out. The value of listed shares would drop steeply too. Yet the authors assume that the wealth tax will somehow succeed in bringing in some R134bn a year, despite the wealth destruction it will cause.

In South Africa the tax base is also inordinately narrow. Though more than 22 million people were registered for personal income tax in 2019, only 4.3 million earned enough to be assessed for tax. Of these 4.3 million, moreover, a mere 890 000 people had taxable incomes of R500 000 or more. Hence, it was this small group that paid 73% of the R530bn in personal income tax collected that year.

What would happen if this small group of some 890 000 taxpayers were to shrink rather than expand? The risk of this is real, for already the number of individuals assessed for tax in 2019 is sharply down on the 5.9 million people assessed in 2013.

If looming threats to property rights, private healthcare, and business autonomy (through stepped-up employment equity, BEE, and minimum wage requirements) were to encourage roughly half the taxpayers in the R500 000-plus income bracket to emigrate, the personal income tax take would drop by more than 30%. The impact would be devastating, for the government has little room to borrow more and would battle to sustain its spending on the public sector wage bill, social grants, infrastructure, education, healthcare, and other needs.

In addition, the Davis Tax Committee, chaired by Judge Dennis Davis, has already investigated the introduction of a wealth tax in South Africa and advised against it – at least until various obstacles have been overcome.

In its 2018 report, the committee noted that institutional capacity would have to be built up, more information on net wealth collected, and difficult questions about the taxation of pension savings investigated further. The committee also noted the ‘wasteful/corrupt government expenditure’ that many commentators had flagged, while stressing that tax evasion would have to be curbed.

Added Davis (in an article in the Financial Mail in June 2020): ‘Without the ability to implement a wealth tax, optimistic scenarios as to revenue that can be collected are simply guesswork. [However,] the decline in the JSE and property prices means that revenue from capital gains tax will fall, [along with] collections from VAT and corporate tax.’

Can the risk of a wealth tax be discounted, then? Not easily, it seems, for the idea keeps coming back.

In October 2020 a coalition of civil society organisations calling itself the Budget Justice Coalition SA (BJC) urged the introduction of a net wealth tax, as part of a general package of increased taxes expected to yield some R143bn in additional revenue.

This seemed to have considerable impact on the National Treasury, which echoed much of the BJC line in telling Parliament in November last year that it was investigating the introduction of ‘a progressive net wealth tax’, as part of its endeavours to increase the tax take.

However, the Treasury is also well aware that South Africa’s tax burden far exceeds the global average. So it fudged the issue by adding that ‘the lowering of taxes at the top end of the income distribution’ might be needed ‘to encourage wealthy individuals to stay…and continue contribut[ing] to tax’.

Now, however, the government’s claimed inability to afford Covid-19 vaccines has provided a convenient hook on which to start pushing for a wealth tax once again. But the argument that the government cannot find R10bn or R20bn for vaccines out of a R2 trillion budget for the 2020/21 financial year is absurd. So too is the notion that the country can tax its way out of the economic hole the SACP and ANC have dug for it.

The only solution is to kick-start growth and then increase its pace as rapidly as possible. That demands an end to expropriation without compensation (EWC) and other looming threats to property rights, a shift from destructive BEE to an effective system of empowerment for the disadvantaged (EED), and the repeal of coercive labour laws.