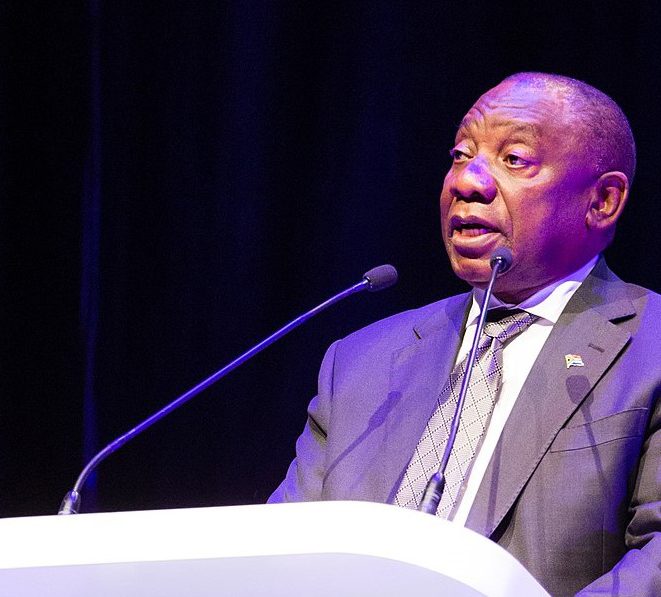 The IRR was responding to Ramaphosa’s comments in a special address to the World Economic Forum (WEF) at its digital Davos summit.

In a statement, the IRR says Ramaphosa should not try ‘to blame others for the catastrophic failures of his own government with regards to Covid-19 vaccine’.

‘The acquisition and roll out of Covid-19 vaccines in South Africa has been a disaster because of the SACP-ANC government’s obsession with state control and its hostility to free enterprise and business,’ the IRR said.

The statement goes on: ‘While the President is correct in saying that countries should collaborate so that no country is left behind, he cannot shy away from the fact that his government was found asleep at the wheel when it came to saving South African lives and livelihoods through an effective vaccine plan. It is absurd that the president can drop the ball, and then accuse other countries, with whom South Africa needs close collaboration, of rigging the game.’

Says IRR Head of Strategic Initiatives Hermann Pretorius: ‘South Africa’s political elites can only play the blame game for so long before the people they are supposed to be serving run out of patience.’

The IRR points out that reports over recent weeks ‘have established the painful and embarrassing reality of a government missing one opportunity after another to seek constructive collaboration with global partners to procure Covid-19 vaccines for one of the worst-hit countries of this pandemic’.

‘These failures happened over many months – a shameful indictment of the Ramaphosa government’s seemingly callous lack of concern for the lives and livelihoods of South Africans. Requests for collaboration and various efforts to engage with the Ramaphosa government went unanswered, each being a missed opportunity for the SACP-ANC government to put South Africans ahead of its own ideological obsession with state control and its irrational and dangerous disdain for business.’

Pretorius comments: ‘It takes some gall to blame others for your own failures. This is sadly what the president did on the world stage on Tuesday.’

He adds: ‘South Africa was once a leading voice internationally, but under successive ANC administrations we have seen our prestige, and the goodwill of the world, diminish. When the Health and Racquet Club leisure and health franchise collapsed two decades ago, the standing of former president Nelson Mandela was such that a personal phone call to Richard Branson saved thousands of jobs. Mandela used his leadership and the position his government had secured for South Africa on the world stage to save jobs by reaching out to business. President Ramaphosa could not even be bothered to match his predecessor to save lives.’