Plato and the allegory of the ANC 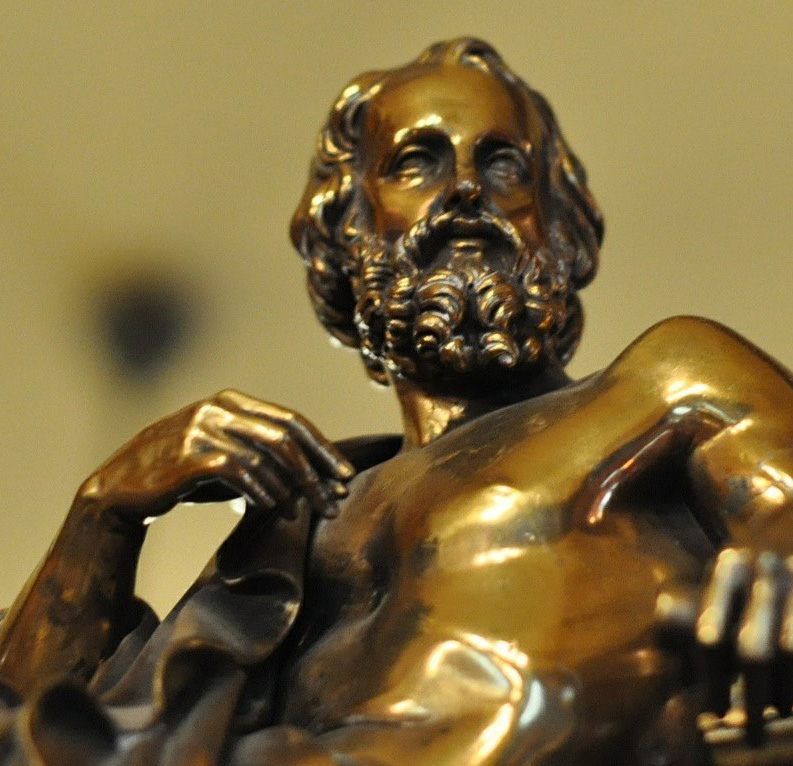 While the Democratic Alliance (DA) in the Western Cape has chosen to deal with the COVID-19 pandemic head-on, and to secure its own supply of Covid-19 vaccines, the African National Congress (ANC) is once again clinging to outdated thinking.

The Greek philosopher Plato’s famous allegory of the cave provides a good template to understand what is going on. In this piece, Plato’s mentor, Socrates, describes a group of people who have been chained inside a cave for their entire lives, facing a blank wall. They can see only shadows projected on the wall from objects passing in front of a fire behind them. They give names to these shadows, which – while they constitute the reality of this group – are not accurate reflections of the real world.

The ANC, like the people in the allegory, is also stuck in a cave. This is a cave that has been constructed out of the party’s own ideology and outdated policies. The Sunday Times reported this past week that the vaccine procurement process will be centralised in an effort to prevent a repeat of the vast PPE corruption. My colleague, Nicholas Babaya, put it another way: “decapitation process to be centralised in effort to prevent a repeat of vast losing of heads”. Of course, this is absurd but that is exactly the point. While the DA speeds ahead through policy innovation, the ANC is still clinging to its belief in intellectually bankrupt beliefs and a dogmatic approach to policy embodied in their intention to once again centralise systems of government.

Chained within an ideological cave, the ANC comes up with shadow-like policies that come nowhere near to dealing with reality. This is something we have experienced over the years – the ANC refuses to listen to reason and appears to occupy a self-referential version of reality. Ideology trumps reality.

The shadows they see on the blank wall are the supposed improvements that their socialist policies will bring. On some level, they look to countries like Venezuela and Zimbabwe for inspiration. But much nearer at hand – though they have their backs to it – is the reality that reveals that socialist policies do not lead to shared prosperity but only shared misery. Venezuela’s inflation rate was expected to reach 929 790%, the highest inflation in the world, according to the 2019 World Economic Outlook report. Zimbabwe has demonstrated its own tragic trajectory; its inflation rate was more than 600% in 2020, forcing many Zimbabweans to flee to South Africa in search of a better life.

The ANC’s policies have led us, and continue to lead us, down a path to economic ruin. What the party cannot – or refuses to – understand is that if policy is to be productive, it must produce beneficial outcomes, not merely embody sentiments or reflect ideological predispositions.

‘Land reform’ is an exercise in futility when that land cannot be worked, or when it is prone to the venal gaze of crooked officials. Ask Zimbabweans (in fact, ask a good many South Africans).

Radical economic transformation can lead to radical economic consequences, but not the positive kind. Ask the Venezuelans, as they trek to Colombia to shop – or just to get away.

The reality which the ANC does not see reflected on the wall of its ideological cave is that its policies have put South Africa on a path of steady decline for the last decade, both in social and economic terms.

In 2008, Gross Fixed Capital Formation (GFCF), which is a measure how well a country uses or invests capital, was 23.51% as a proportion of the Gross Domestic Product (GDP). Fast forward to 2019 and, according to World Bank data, GFCF declined to 17.9% as a proportion of GDP. South Africa is not only poorer, but is losing the capacity to make itself wealthier.

Social welfare does not give hope either; in 2001 there were 313 people employed for every 100 people receiving a social grant, but in 2018 this declined to 91 for every person receiving a social grant. Moreover, the number of social grants went from 3.9 million in 2001 to 17.8 million in 2018. This is no reason to celebrate, as increased grant payments mean that a growing class of people are unable to take care of themselves and rely on state assistance. There is plenty of evidence to show that what South Africans want is wage-paying work.

Besides, having bled the economy, we could be approaching a moment in which those grants become all but impossible to pay. The data clearly shows that South Africa is in a hole and the government simply keeps digging.

In the allegory of Plato, Socrates says that the philosopher is like a prisoner in the cave who is freed and subsequently understands that the shadows on the wall are not an accurate reflection of reality at all.

However, the other captives in the cave do not even have a desire to leave the cave in the first place, for they do not know better. The ANC ranks among the latter captives. It shows no desire to be freed from the shackles of its own ideology. Its existence has been structured in such a way that it cannot or will not see beyond the cave, or seek liberation from its chains.

So, it is up to us, the freed philosophers, to leave the ANC in their cave and free ourselves from their ideology.