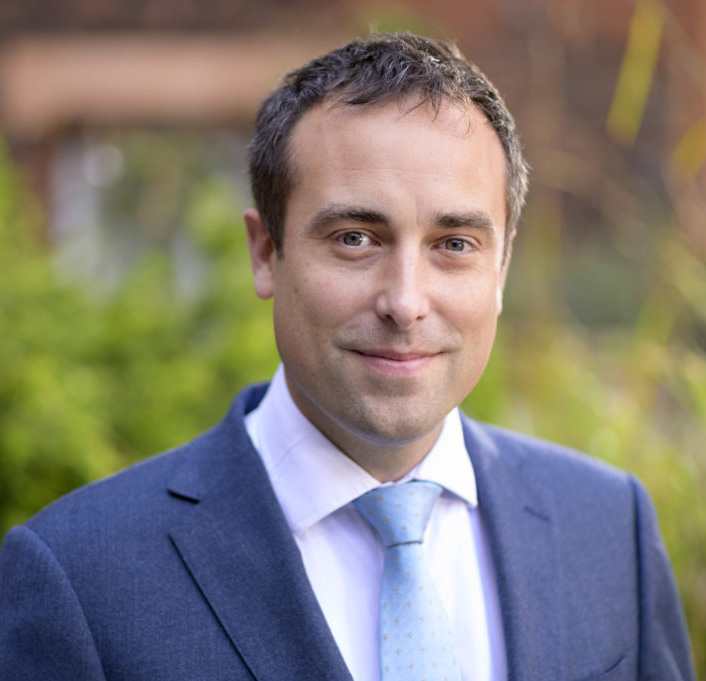 A headmaster in Britain is set to make “education history” by coming out as gay during an online school assembly Monday (1 February) – and he knows he’s going to cry.

Nicholas Hewlett, who leads St Dunstan’s College in the Catford neighbourhood of southeast London, said a conversation with a student who spoke about being gay bolstered him to do the same ahead of the school’s LGBT+ Week.

In doing so, The Times reported, Hewlett is thought to be the first acting headteacher to come out in front of his students and staff.

“Not long ago I was doing interviews with the pupils, and one of them was talking about how comfortable he was about being gay,” Hewlett said.

“I was so blown away by the courage of him that something flipped in my head. I thought then of my own situation and thought: ‘This is ridiculous.’

“Here I am as a happily married gay man, and the children do not know that at school.

“There will be kids who are struggling with their own sexuality and who would benefit from knowing that you can be happy and gay, and I have a privileged position to show them that.

“I felt that I owed it to the pupils to be open and courageous too. I am inspired by them.”

Hewlett, who leads the £18,000-a-year private school, spent a day deliberating whether to come out or not. He married Alberic Elsom, director of music at Whitgift School in Croydon, south London, in 2014.

He has to come out, he later realised, reflecting on how few senior LGBT+ educators there are in Britain, especially headmasters.

He knows “very, very few openly gay heads”, none of whom have come out in front of their school. “I am glad I am coming out in an online assembly,” Hewlett said. “If I were delivering it from the stage, who knows if I might cry.”

“Growing up in the 1980s and 1990s, they were astronomically different times in terms of perceptions around sexuality,” he added.

“15 years ago, I was told by a senior colleague in the school I was then working in that, as an openly gay man, it would be virtually impossible for me to become a headmaster.

“Some people still have that standpoint.”

Hewlett continued: “My only regret is not doing it earlier because seven years of children will have gone through the school without the benefit of a role model.

“The message is simply have the courage to be true to yourself. Sexuality should never be a barrier to success or happiness.