Actor Nathaniel Hall on Getting His HIV Diagnosis 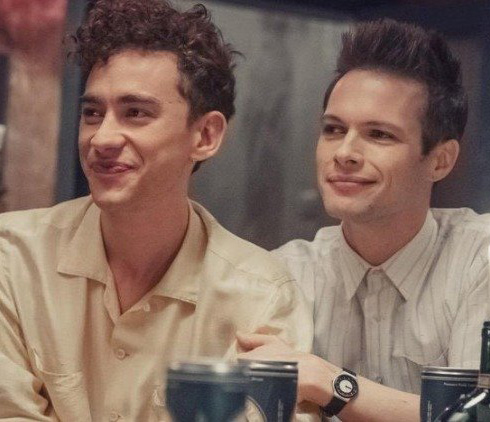 Losing one’s virginity is always a memorable experience, no matter how forgettable we’d like it to be. For actor and theatrical producer Nathaniel Hall, though, the experience is one he will never be able to forget.

Now appearing in Russell T. Davies’ HIV drama It’s a Sin, (debuting in the U.S. on HBO Max February 18), Hall spoke with Attitude in 2019 about the devastation of learning he had contracted HIV following his first sexual experience at 16. Attitude republished the article yesterday with updates.

“It was like being hit by a truck” the now-34-year-old Hall remembered of his diagnosis.

Hall revealed he had been involved in a whirlwind romance with an older lover (“between 23 and 26” and given the pseudonym Sam by Hall). Sam claimed he had tested negative at the time, so Hall gave protection and safe sex little thought. But two weeks following his 17th birthday, he received the news he was now living with HIV. He was bluntly (and inaccurately) informed he’d most likely be dead by age 37.

“That was so hard to hear, to have a date on it,” he recalled.

Like many others before him, Hall was filled with “fear and stigma, self-hatred and shame” and hid his diagnosis from friends and family. He turned to drugs and alcohol, self-medicating through substance abuse. By 2017, however, he realized his abuse was destroying his “drive and sense of purpose” and he no longer recognized the hollowed face staring back at him from the mirror.

Finally realizing his “mental health had taken a nose dive,” he decided he “could either let this eat me up and swallow me whole, or flip it and turn it into [something] positive.”

Of course, Hall chose the latter.

The result of his epiphany was First Time, his hilarious but gut-wrenching one-man show, where he revealed to the world he was living with HIV. The hour-long production debuted in 2018 at the Edinburgh Fringe Festival in partnership with HIV Scotland. The autobiographical piece delivered punchlines without pulling punches. Brunching on pills to skewering the moment he learned of his HIV status from an irreverent, misinformed, but understanding nurse, First Time was a cathartic milestone for Hall and a big hit at the festival.

While First Time was a success in Edinburgh and when he performed the piece elsewhere, there was just one problem before the curtain rose on opening night, though. His family had no clue he was living with HIV.

Once again, the shame and stigma proved too powerful for Hall to deal with directly. Rather than telling his family individually in person, he sent letters discussing his HIV status prior to seeing the show.

“’I knew they were going to be supportive, but that was the power of the shame,” explained of his choice of notification.

Hall is tackling the issue of HIV again in It’s a Sin. He plays Donald Bassett, the actor boyfriend of protagonist Ritchie Tozer, played by Years & Years’ frontman Olly Alexander. The show follows three hopeful young adults who move to London in 1981 to embrace their lives and identity, only to have their worlds torn apart by the explosion of HIV in the United Kingdom during the next decade. It’s a Sin is currently running on Channel 4 in the United Kingdom and will debut in the U.S. February 18 on HBO Max.

So what ever happened to Sam, the older man who so drastically altered the course of his life while he was still a teen?

“We lost contact for a long time so I never found out directly from him that he was HIV-positive, whether he knew, whether he didn’t know.”

Hall did bump into Sam years later, though. They made eye contact as they passed in the street, and Hall is certain they recognized each other. But the moment was gone in an instant, and he saw no reason to pursue Sam further after witnessing him entering an HIV clinic. It was the confirmation and closure he needed.

“There is no malice. I can only imagine how I would feel if I’d passed on HIV to someone. I don’t see how I would gain anything from being angry towards him.”