The Toxic Impact of Money On Politics 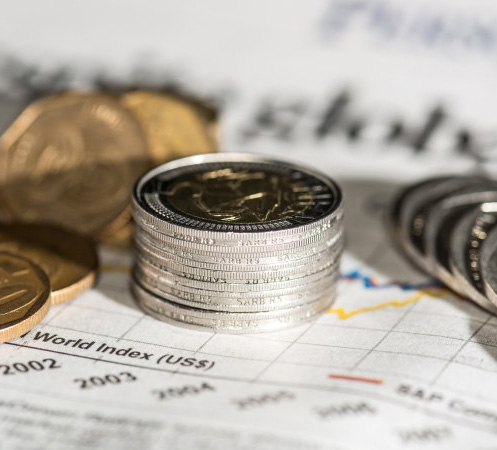 The lacuna in South Africa’s anti-corruption framework has long been the failure to regulate private donations to political parties.

By Judith February – republished from the Daily Maverick

The vexed issue of political party funding and the sustained advocacy on the matter came full circle last week when President Cyril Ramaphosa signed a proclamation for the commencement of the Political Party Funding Act, 6 of 2018, which regulates public and private funding of political parties. The act comes into effect on 1 April.

It was also somewhat poignant to think back to 2017 when the then ANC chief whip and now the late Jackson Mthembu said, “We are late but better late than never,” when he announced that he would “soon” be tabling a motion for the establishment of a multi-party ad hoc committee to develop legislation for increased public funding of political parties and the regulation of private funding to political parties.

His statement came like a bolt out of the blue although the ANC had resolved to tackle the thorny issue of money and politics at both its Polokwane and Mangaung conferences. The issue has a vexed history.

Therefore, 90% of the funding was allocated proportionately, that is according to the percentage of votes received in elections, and 10% was distributed equitably among parties represented in Parliament. The lacuna in South Africa’s anti-corruption framework has long been the failure to regulate private donations to political parties.

In 2007, when the political winds of change were in the air, the ANC’s commitment to transparency in relation to party funding was articulated in its Polokwane resolutions. Yet there was no action.

Private individuals and companies have been able to donate as much in secret as they wished, leaving the door wide open for corruption and the buying of influence. In a country already divided by high levels of inequality, wealthy individuals have without doubt been able to buy proximity to politicians in myriad ways, thus “drowning out” the voices of the already poor and marginalised.

In a somewhat narrow judgment from Judge Bennie Griesel in the Cape High Court (as it was then known), it was found that political parties were private bodies and there was no need for them to disclose their sources of funding.

In 2007, when the political winds of change were in the air, the ANC’s commitment to transparency in relation to party funding was articulated in its Polokwane resolutions. Yet there was no action.

We now know that back in 1999 one of the major drivers of the Arms Deal corruption was political party donations. Because only a handful – maybe even just one or two – of ANC leaders knew where the party’s funding was coming from in those days, it is unlikely that the truth will ever emerge about how much money the ANC itself culled from the Arms Deal.

In another scandal, in 2015 Hitachi agreed to pay $19-million to settle the US Securities and Exchange Commission (SEC) charges that it had violated US anti-bribery law through improper payments tied to the supply of boilers to the Medupi and Kusile power stations. Hitachi agreed to the settlement without admitting or denying the SEC’s allegations. The SEC claimed Hitachi had violated the Foreign Corrupt Practices Act by inaccurately recording improper payments made to Chancellor House Holdings.

The SEC said on its website that: “Hitachi allegedly sold a 25% stake in its South African unit to Chancellor House Holdings (Pty) Ltd, allowing the company and the party to share profits. Hitachi paid Chancellor House, which it knew was a front for the ruling African National Congress, $5-million from the contracts and another $1-million in ‘success fees’.”

The SEC also alleged that in 2008 Hitachi paid an additional $1-million in “success fees” to Chancellor House, which was improperly booked as consulting fees. Hitachi settled the matter and there was, therefore, no admission of guilt. The $19-million settlement, however, raised more questions than answers regarding alleged payments made to the ANC as a result of the deal.

The toxic impact of money on the political system is not unique to South Africa. One need only look to the US to see the influence of “big money” and so-called “Super PACs” on the electoral system. It’s a multibillion-dollar business.

Why would Hitachi have paid a settlement figure? What was that in lieu of? In January 2016, the ANC’s disgraced Beaufort West mayor, Truman Prince, brazenly wrote a letter on a municipal letterhead in which he offered potential donors to the ANC a more than decent quid pro quo.

He could not have been clearer about the aim when he wrote: “We [will] want to see construction companies sympathetic and having a relationship with the ANC to benefit, in order for these companies to inject funds into our election campaign process.”

Recently, more overt and brazen allegations of State Capture have shown a far cruder and more dangerous expression of the challenge to prevent the buying of influence. Former president Jacob Zuma is at the centre of these allegations as are his associates. This plays out in our living rooms daily as the Zondo Commission wends its way to a close.

Clearly, the toxic impact of money on politics has many shades and manifestations. To untangle this web will take some doing.

The toxic impact of money on the political system is not unique to South Africa. One need only look to the US to see the influence of “big money” and so-called “Super PACs” on the electoral system. It’s a multibillion-dollar business.

In Britain, public disclosure of contributions is required only of corporations and unions. Parties are required to submit quarterly reports detailing the name and address of the donor and the nature of the donation to the Electoral Commission. German law entitles parties to receive donations, but donations that exceed a value of €10,000 a year must be publicly disclosed in the annual report by giving the name and address of the donor as well as the total amount. Donations that exceed €50,000 have to be reported immediately.

Whatever the shortcomings of regulating private funding to political parties (and as has been seen in the UK, Germany and the US, there have been problems with the implementation of regulations), complete secrecy about private donations became unsustainable even for the ANC and other South African political parties that benefited from such secrecy. Secrecy only breeds mistrust and an environment that is ripe for corruption.

The new act “establishes funds to provide political parties represented in Parliament and legislatures with funding to undertake their work”. It also requires that donations be disclosed by parties and donors to the Independent Electoral Commission (IEC). The act prohibits donations by foreign governments or agencies, foreign persons or entities, organs of state or state-owned enterprises. Parties may, however, receive funding from foreign entities for training, skills development or policy development. No member of a political party may receive a donation other than for political party purposes.

Through the establishment of the Represented Political Parties Fund, which provides public funding to parties, and the Multi-Party Democracy Fund, which funds parties from private sources, the act seeks to ensure that all represented political parties receive sufficient funds for their work in a “fair and equitable manner”.

In his statement, Ramaphosa said, “The commencement of the Political Party Funding Act on 1 April 2021 is part of the commitment of this administration to improving transparency and accountability in government.”

Time will tell us who pays the piper even as we know legislation is never the panacea for all ills. This law will need to be properly enforced – always a challenge in the South African context. But, the legislation is without doubt a victory for civil society activism and its dogged determination over more than two decades.

At various points, different individuals and organisations picked up the transparency baton – mostly recently, My Vote Counts – and ran the race to the finish line.

It’s how democracies survive – when ordinary people do hard things.

We should not become too cynical to lose that lesson. DM