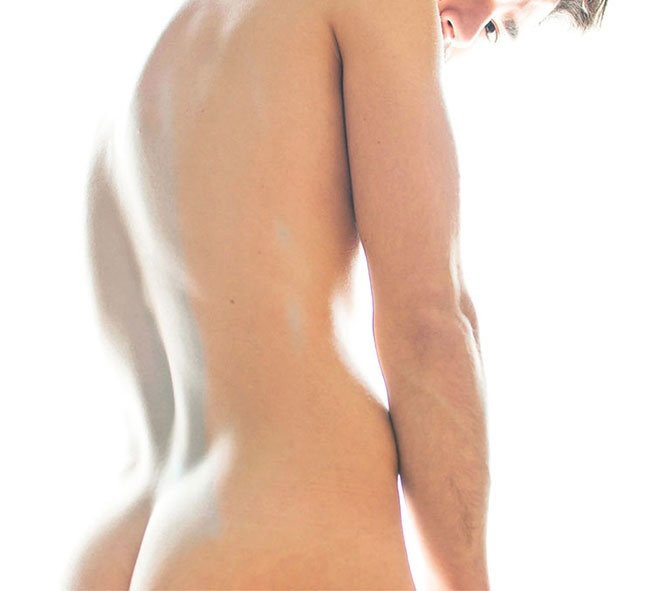 Elska Magazine, the queer publication dedicated to sharing the bodies and voices of everyday men from LGBTQ+ communities around the world, today introduces its latest release, Elska Lisbon, where it puts the spotlight on the local boys of Portugal’s biggest and most exciting city.

Lisbon is undeniably one of Europe’s most beautiful capitals, and it’s a city that’s become a tourist hotspot in recent years, in particular for LGBTQ+ travelers, which makes this latest Elska release the perfect queer souvenir for fans of the city. It’s also something to help us dream about taking a future holiday to Portugal, aided by Elska’s uniquely honest and spontaneous approach, where readers get to know a random cross section of everyday local guys who they very well might happen to meet on their own travels. Reading the issue feels like travelling vicariously alongside the Elska team, something we need more and more during this continued pandemic era.

“I originally shot our Lisbon series in 2016, but COVID-19 hit us hard” says Elska editor and chief photographer Liam Campbell, “meaning it’s become impossible to keep up with our usual goal of six new cities a year. That’s why I decided to ask our most loyal readers to vote for which of our past out-of-print issues to remake, and Lisbon won that vote. But rather than simply reprint the original issue, I decided to remake it completely from scratch, going into my photo archives and then selecting and editing the images freshly. The result is around 50 percent new photos, a couple new stories, and also two new guys who weren’t published in the original edition, mainly because they submitted their stories too late, after our original print deadline. So I’m excited to introduce them to readers at last, as well as loads of previously unseen content. Even though a majority of the indie and LGBTQ bookshops that we are stocked in remain closed due to the pandemic, I wanted to publish something to keep our most loyal fans entertained, and I hope that everyone will enjoy the chance to discover or rediscover Lisbon.”

Inside Elska Lisbon, readers will meet 12 Lisbon locals. Each gets their own chapter, which includes a selection of candid and natural photographs that reveal their city, their style, and often their nude forms; the chapter also includes a personal story that enables readers to get to know them at a most intimate level. Some of the stories in the Lisbon issue include:

• Daniel T’s story about learning to overcome the insecurity brought about by a disability by discovering with a bolder, kinkier side of himself.
• Paulo L’s tale of a crush who repeatedly treated him as a toy until he finally was able to see past the clouds of infatuation and turn the tables.
• Jorge B’s text about how he finds his bliss through drawing, and how the special light of Lisbon serves to accentuate this joy.
• Julien P’s erotic piece of an evening out in Lisbon and the night he spent with a new stranger.
• Pedro C’s confession about what happened when he read a copy of Elska on a train, revealing a side of Portuguese society that he deems sadly too conservative.

Elska Lisbon is 180 pages and is available in a classic print ‘bookzine’ or in a downloadable eversion. Also available is a companion e-zine called Elska Ekstra Lisbon which contains over 300 pages of bonus content, including outtakes, behind the scenes tales, and an additional nine men who wouldn’t quite fit in the main mag. This includes four submissions by guest artists including Elías Barajas, Chris Coelho, Romain Butti, Andriy Melnyk, and Anton Shebetko.

Elska Lisbon is available from select shops around the world as well as from the Elska website, where you can also find details of the subscription service: elskamagazine.com