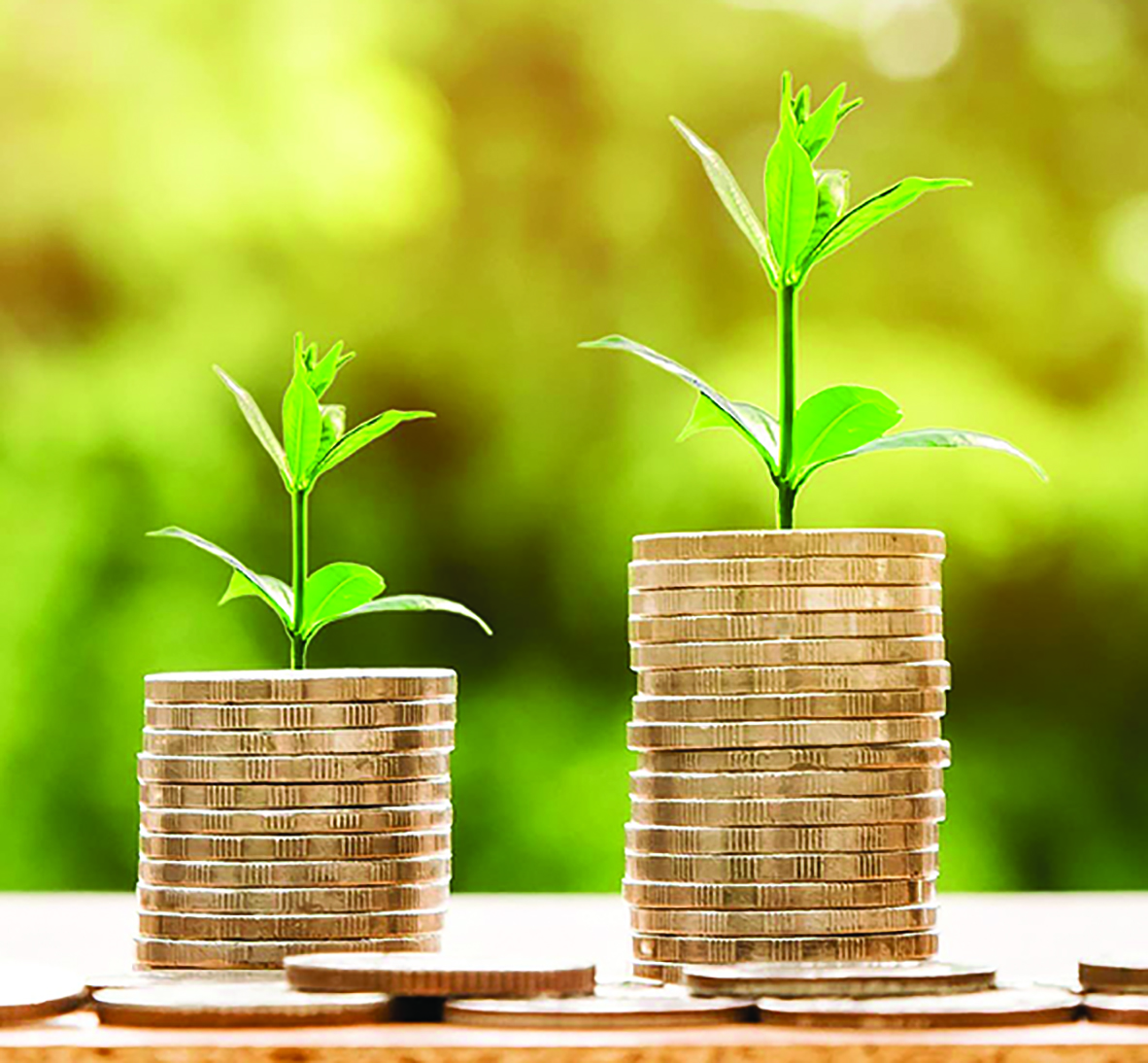 The mainstream media and many financial institution analysts are driving the line that last week’s budget was enlightened and littered with efforts to reduce the burden on taxpayers.

Why then does it not feel that way for many households and businesses? The reason is that the mainstream increasingly suffer from what has all the attributes of a case of collective Stockholm syndrome that makes them unable to discern the extent to which the state is abusing South Africa’s citizens, impoverishing its taxpayers, and taking them for granted. Below follow twelve takes that stand out for us around last week’s budget that you might not hear from your financial institution, advisor, or read about on the mainstream media and they collectively explain why the IRR will from this week launch a national effort to #StopCitizenAbuse.

South Africa’s tax burden is up by around 30%

Contrary to what you’ve been told South Africans have never been more heavily taxed than is the case now. You see that when you compare the size of the government’s tax take to size of the economy. The figure has risen over the past two decades from just over 20% to nearer 30%, which means a net tax increase on society of around 30%!

The fiscal point of no return is behind us

The budget deficit (which is the difference between what the government spends and what it earns) has reached a point that has only been rivalled three times since the formation of South Africa. The first was in the aftermath of the First World War, the second was in the aftermath of the Second World War, and the third was when the apartheid economy was collapsing in the latter years of PW Botha’s reign. And with its current growth outlook that’s a hole the country is not going to get out of any time soon…

The minister projected that economy would expand by 3.3% this year (which is possible given the contraction of last year) but he went on to forecast that 2022 would see growth rates of 2.2% and 2023 of 1.6% (about half of what South Africa’s peers will see). But low as these are by global standards you must consider that over the past decade the treasury’s three-year forecasts have been out by a margin of around 50%. The minister and his government talk up the economy despite knowing that the policies to support growth are not in place and unlikely to be adopted.

Taxation is set to rise even further

Despite illuding to the contrary the government continues to hike levels of taxation. Some of that has already taken the form of health and carbon taxes, which are mechanisms to increase VAT and corporate tax by other means. But because the formal tax take to GDP number is now so very high many new tax increases are being staged outside the narrow realm of SARS. For example, increases in electricity prices that are far out of line with economic growth and inflation are a form of taxation on investors and households. So too are toll-fee hikes and proposed new TV license fees. Prescribed assets – where the government seizes pension funds to plug spending gaps – is a further, pending, form of taxation.

The minister (and analysts) dodged the biggest tax hike of all

Its amazing that with reference to the budget no analysts flagged the fact that Parliament is currently finalizing its expropriation without compensation plans. Expropriation is the ultimate tax as it raises the rate of taxation on your assets, business, and income to 100%. It will be of little consolation to investors to hear that corporate tax rates will dip from 28% to 27% when the government is also moving to tax some hapless investors at 100%.

You have already been taxed half-way to penury

Your rand-denominated assets (home, business, savings, pension) have already suffered the consequences of a pernicious ‘tax’ in the sense of their value having declined over the past decade especially in relation to the US dollar and property and asset prices in other parts of the world. Policies that undermine growth and investor confidence have the same consequences for households as steep hikes in levels of taxation. We estimate that the extent of value destruction has been equivalent in many families to a wealth tax of 50% or higher on their assets.

The government is ‘taxing’ the poor and civil servants by increasing social grants at rates below inflation (inflation in poor households is much higher than CPI) and stunting civil service salaries. This is one point that the mainstream has got right but it failed to explain why this is happening. The reason is that the major anti-investment policies of the government have hounded so much income tax out of South Africa that the country can no longer afford its civil service and welfare bill. The irony here is tremendous; that the supposed beneficiaries of the government’s most prominent empowerment policies must be taxed into poverty and even unemployment in order for the state to pay the costs of those policies.

A tax revolt is coming to a community near you

South Africa is ever closer to the brink of a tax revolt – but not in the form of a naked refusal to pay income tax (this is unrealistic and won’t happen…but see the paragraph below). Instead, this revolt is being organically brought about by businesses and communities that are forced to circumvent public services – because of corruption and management incompetence – and redirect money that would have paid for public services to the provision of private services. This happens most prominently where communities go completely ‘off-grid’ in areas ranging from education to electricity to television, meaning that revenue flows to the state simply stop.

The government has already ensured an income tax boycott

The effect of the feared boycott of income taxes has already played itself out but not through taxpayers inciting a boycott but rather via the government chasing them out of the country and economy. It is remarkable to think that the policies of the government have done more harm to its revenue collection than any opposition group with malicious intent could have dreamt of achieving.

You pay tax at least twice (and many people, and many black taxpayers, thrice)

All taxpayers suffer double or even triple taxation. Double taxation occurs when a household is forced to pay for services, from security to electricity, education, etc without the option of bypassing the state. Triple taxation occurs where households have the additional responsibility of shoring up the living standards of the community around them via phenomena such as the ‘black tax’, a tax incurred by many employed and middle-class black families who have the responsibility of using what income they have left after paying SARS to help family members without jobs and incomes get through the month  – a phenomena that of course plays out in poorer white families too and is now beginning to creep into the white middle class. The ‘black-tax’ burden rises as jobs and investment is lost and welfare payments are reduced.

You are a civil servant

An astounding thing happens when you quantify the above tax burden by time. To do this add:

The government regards you with contempt

For all that hard work and for financing the country, one of your rewards is to be insulted, threatened, and stigmatized by the government and left-wing activists, according to whom you are doing nothing to build a better society and are rather causing poverty, inequality, and social conflict. Before the budget speech, the finance minister suggested that most whites – whose taxes he enjoys – were racist. That is a comment on a par with the ‘clever blacks’ contempt that factions of the ANC hold for the black middle classes.  But the primary contempt that taxpayers and citizens face can be found in the refusal to take firm action against the tens of thousands of corrupt officials in the government and the ANC who loot with abandon. How many arrests exactly have taken place? How many officials and ANC leaders jailed? Scapegoating Jacob Zuma and Ace Magashule and creating media circuses around them might fool some people but most will learn to see through these efforts as nothing more than PR designed to distract the public from the true depths of corruption that exist across the cadre-deployment networks of the government.

Even though it does not look like it, you are probably winning

You are perhaps winning – even if it does not feel like it. Deep deficits bring about changes in government. Life is terribly hard now for the great majority of South Africans and the financial stress the government has placed so many families and people under is a terrible thing. But South Africa’s government has an Achilles heel in that the more it abuses its citizens and taxpayers the faster it runs out of money and the weaker it becomes. There might still be a lot of asset prescription and thereafter rand-printing ahead of us, but, if citizens organize to resist, that will help to hasten the political realignment that will offer a window to stop the abuse turn the country around.