Time to hurry up and wait 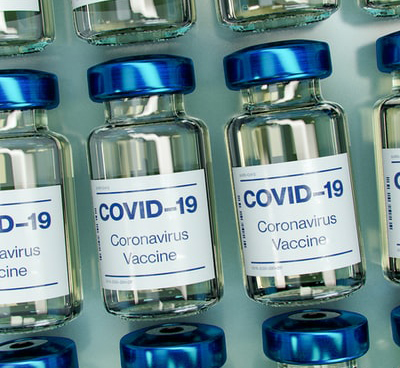 You can almost bet on it. The minute there’s a rash of renaming some new government corruption scandal will come to light.

So it came to pass. The announcement of a name makeover across the struggling Eastern Cape (which would probably have benefitted more from some more health workers and water) just as Pieter Louis Myburgh hit us with what a late departed friend and master of the craft of tabloid Journalism would have called “a cracker of a story.”

It seems close friends of our Health Minister, Dr Zweli Mkhize, who worked for him at various times, have been benefitting from juicy tenders from the Department of Co-operative Governance and Traitionals Affairs (Cogta) and the Department of Health (DOH). The DOH tender for messaging and communication on the NHI and Covid-19 is being investigated by the Special Investigating Unit and Mkhize has said he ‘approved’ it. Well he had to didn’t he? It would have looked pretty bad if he hadn’t.

Two aspects of this story particularly amuse me. The company that was awarded the tender, Digital Vibes, according to Myburgh, has no website to its name but it is Myburgh’s diligent trawling of the social media postings of the people involved with the company which produced some really interesting photos to illustrate the story.

I am curious. What service was Digital Vibes actually providing for the many millions it was being paid?

Is it responsible for sacoronavirus.co.za, the Covid Alert App, the National Department of Health’s rather turgid website? Is it driving a covert social media campaign? I do hope we are not paying it for the repetitive text message I get every day – ‘South Africa is experiencing the resurgence of the Covid-19 which necessitates immediate behavioural change from all citizens’ – whichh is not very useful, not very well expressed, not topical or updated.

I admit I was expecting a bigger flurry, a louder buzz and a good deal more bustling in the hedgerows as we began rolling out our belated vaccination programme on February 17th.

Clearly I was influenced by the Westerns I watched in my formative years trading comics on Saturday mornings at the Adelphi cinema and those I’ve watched on Netflix while languishing in lockdown. They generally follow an ‘Overcoming the Monster’ plot which according to Christopher Booker’s recent doorstop of a book is one of the seven basics plots underpinning all the stories we tell in every age and in every culture.

All of them, from The Magnificent Seven classic (seven gunfighters and a diversity of Mexican villagers) to Netflix’s brutal Godless series with its town of bereaved womenfolk, include a scene in which everyone prepares, with whatever resources they have, to repel a fearsome opponent.

A vaccination programme is an exciting, major development at the end of the first year of an infectious disease that has led to changes in all our lives and our psyches. Yet our government seemed intent on downplaying this milestone, constantly reminding us these vaccinations are being done as an implementation research study ‘conducted under The Sisonke Open Label Program, to assess real world effectiveness among health care workers’ and not the actual big push to come when more vaccines arrive at the end of March.

It also continued to be stingy with the flow of information around this programme. Something the mostly supine media has let it get away with, presumably ‘for the greater good’. Transparency, a DoH boardroom bingo word if ever there was one, has never been its forte.

All this may have something, or nothing, to do with Digital Vibes being under scrutiny: it may be due to the Jabba the Hutt centralized control obsession of the African National COngress which predisposes it to reluctantly drip feed information or it may be that they’re really unrolling this whole implementation plan for the vaccination of 67% of the population on the fly.

Initially we were told there would be 17 vaccination sites nationally (or 18 sites depending what part of the Department of Health’s media statement you wish to cite). At one stage Mkhize there’d be 20 sites to inoculate 500 000 health workers who were being targeted in this study.  He said 164 vaccinators would be used and would each vaccinate an average of 6 people per hour, per day. Sites would operate for up to 10 hours a day 7 days a week.

By my calculations that gave us around 68 880 jabs in one week (if 10 hour days were indeed put in which is a highly unlikely contingency in the South African public sector) and even my no-maths-in-matric brain could work out we had a need for more speed if 500 000 people were to receive a jab by the end of March..

It was also a bit concerning that the biggest province, Gauteng, was allocated only two public hospital vaccination sites. No surprise then when couldn’t cope when health workers and medical professionals turned up from other provinces. One even had to close down over the first weekend ‘for security reasons’. A few days into the inoculations Deputy Director-General of Health, Dr Anban Pillay, said another 6000 vaccinators were needed. On Friday Mkhize was announcing the opening of another two hospital vaccination sites in Gauteng.

Why such an underestimation of what was needed?  Or were they just being very cautious?

The Johnson & Johnson vaccine is coming in batches every two weeks. The first batch gave us 80 000 doses. Presumably they have to be used up before the next batch comes in. The government tender call for distribution and storage of Covid-19 vaccines is now closed, the decision on which cadre gets this one still has to be taken.

On Thursday, 8 days after the start of the study, Mkhize said that we’d vaccinated over 32 000 people. Mediahack which is trying valiantly to keep a tally of vaccinations on its Dashboard showed 52 000 by that date.  On Saturday the department issued a release trumpeting that ’63 648 patient-facing healthcare workers in the public and private sector have been vaccinated against COVID19’ in just over a week.

Wonderful for them. But at this rate we’re never going to make our end March target and the virus will have mutated several times by the time we even get onto the next category of recipients which will hopefully include me.

Still Mkhize throws out more questionable numbers. He reportedly tells the National Council of Provinces on Friday that we’ll have vaccinated 1.1 million South Africans by the end of March. Where did that 1.1 million suddenly come from?  Wasn’t the target for the end of March 500 000 health workers?

Ja-nee, as we used to say in the Cape, but these numbers are confusing and this minister is all over the place.

But maybe it’s all going well despite the slow, stuttering start. Dr Pillay at least has given us some indication of the practical plans for the next, more extensive Phase 2 vaccination rollout. He says the jab will be available from public health sites, private pharmacies, GPs, NGOs, through mobile outreach and work based programmes, at the mines and in the public sector.

Hopefully we will pick up the pace and pull it off, as we did back in 2010 when we actually managed a successful FIFA World Cup which many of us thought then, in the early days of our descent into the abyss, was a step too far.

The government could also benefit from doing some reading. I suggest it starts with a recent article analysing why Israel is so far head of other countries in the vaccination race. It’s been averaging 8 people per hour per nurse per day and on Thursday delivered 100,000 jabs.

Of course, Israel had the advantage of having ensured it had an adequate vaccine supply to start with as well as an existing, working, digitized vaccine database. It also has a health system that combines the benefits of universal coverage and competition (four health fund organization are funded by a low health tax on income), a smaller population and country. But writer and researcher Shany Mor, in his story for Unherd, ascribes Israel’s vaccination success primarily to its logistical planning.

It is not a skill I associate with the ANC government in recent years but of course, as a citizen and a prospective vaccine recipient I do want it to pull that proverbial rabbit from the hat and get this particular job done speedily and comprehensively.

Even so it’s going to be a long wait until I get my vaccination appointment.

Back to my books, the couch and Netflix.  Fingers crossed I await the call.