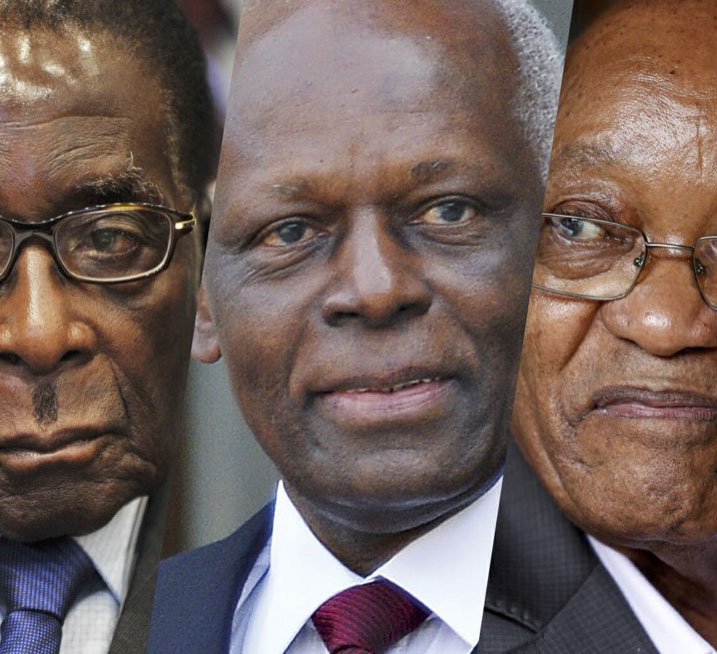 Criticism of the ANC was quite restrained until about five years ago when evidence gushed forth of rampant patronage.

For a sense of perspective, we should consider the pace of last century’s global progress away from bowing to monarchs and saluting dictators, to holding elected officials accountable.

Monarchies, and the patronage networks they spawned, were the common political structure throughout the agricultural era. As economies industrialised, nations which combined representative forms of government with the rule of law and secure property rights outpaced countries with alternative structures. Such lessons didn’t come cheaply or quickly.

During the last half of the 20th century, most resource-rich nations were decolonised with the hope that representative governments would pursue broad prosperity. Unfortunately, the ruling classes of many such nations knew they could continue to live sumptuously while keeping much of their populations isolated, destitute and poorly educated.

The evolution from the autocratic rule to representative government survived ideological battles that framed 20th century history. What followed were rapid technological innovations which supported intense global integration leading to massive poverty alleviation across much of Asia and, to a less dramatic extent, South America. The African National Congress (ANC) was unusual among successful liberation movements in that it only came into power after the collapse of communism.

Political and economic progress became ever more interwoven – except for extraction-focused economies.

The “general will” of the people was subjugated to the will of the generals in resource-endowed nations, because adequate economic output was not dependent on increasing worker productivity. Rather, governing was about how best to divide the spoils to entrench a narrow ruling class. For aeons nearly all humans were peasants conditioned to pay homage to “their betters”.

The Covid pandemic can be seen as marking the beginning of a new era. Policy makers must adjust to the implications of work-from-home becoming much more common and the recent abrupt shifts to embrace green economy initiatives.

The role of traditional manufacturing has clearly peaked. Amid notable exceptions, the significance of resource extraction will also steadily erode.

This region has never been more in need of a “role model” economy. Digital technology offers tremendous potential to overcome the geographic barriers which have always been central to Africa’s isolation and resulting rampant poverty. South Africa’s economy should be serving as a gateway to the world and a role model to embrace the future. Rather, the ANC’s electoral support reflects the classic “big man” syndrome; exploiting resource abundance to fund a patronage network, while keeping much of the population poor and reliant on government handouts.

Big-man politics was endorsed in the 1990s when our business leaders sought to build bridges with former liberation movement leaders. Looking back, there was far too much emphasis on enriching elites.

By the late 1990s, our banks began aggressively expanding credit to many previously unbanked households. This resulted in lower-income communities failing to accumulate meaningful wealth due to excessive debt-servicing burdens.

Inadvertently or otherwise, this benefited the faction within the ANC seeking to create widespread dependency on government, while enriching those within senior political circles. Inflating the civil service wage bill alongside aggressive consumer lending advanced government and household debt traps while cementing massive poverty.

Rather than synchronising commercial and developmental interests, our politics and economics aligned to enrich and entrench a political fiefdom.

Monarchical and patronage structures were stable when national economies were largely independent and centred around agricultural production. Such structures don’t accommodate the innovativeness and competitiveness demanded by industrialisation and globalisation. Rising demand for raw materials does, unfortunately, support a revival of traditional governing structures and patronage in resource-endowed countries struggling to develop a post-colonial culture of accountability.

Few accomplishments compare to the rise of Asia over recent decades. The key insight is that aligning commercial and development interests need not be difficult and doing it well triggers massive quality-of-life benefits. South Africa was never close to getting this right notwithstanding tremendous political progress.

The economic devastation accelerated by the pandemic should provoke introspection as a precursor to debating effective growth policies. Instead, many choose to believe that our president can solve the country’s problems despite so many in his party being united in opposing him.

Grasping the growth opportunities which are suddenly within reach requires a political reset. For our elections to enforce accountability, our national dialogue must be enthused with an updated global perspective and be spurred by an appreciation of what is possible.