Poland to ban gays from adopting 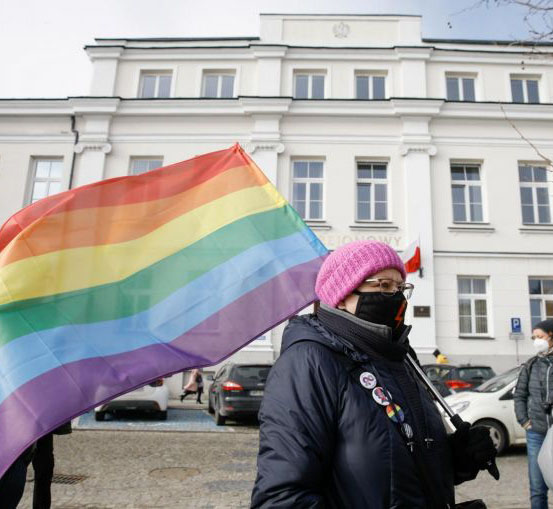 People living in same-sex couples will be barred from adopting children in Poland even as single parents, under a new law announced on Thursday by a nationalist ruling party which has made anti-gay policies a major part of its governing platform.

The announcement is likely to intensify a clash between Poland and the European Union over LGBT rights, which the EU says must be respected in all member states, but which Poland calls a threat to its Roman Catholic culture and a purely domestic issue.

The Polish government announced its plan for the adoption ban hours before lawmakers in the European parliament adopted a major gay rights resolution that was seen as a direct rebuke to Warsaw’s recent policies.

Poland already allows only opposite sex couples or single people to adopt children. The change announced on Thursday would require the authorities to vet single people seeking to adopt, and bar them if they are cohabitating with someone of the same sex.

“We are preparing a change where (…) people living in cohabitation with a person of the same sex could not adopt a child, so a homosexual couple will not be able to adopt a child,” said Deputy Justice Minister Michal Wojcik.

Wojcik said the purpose of the measure was to protect children: “It’s about a child’s safety, about its wellbeing,” he said. LGBT rights activists said it would instead punish children by restricting adoptions.

“You really have to be a mean human being to deny children a home, whether that would be in a same-sex or heterosexual couple. Children deserve a home,” activist Bartosz Staszewski told Reuters.

Poland’s curbs on gay rights, which are being mimicked in nearby Hungary, are among several issues that have created friction between the EU and right wing governments in power in those two ex-communist member countries. Brussels also complains that Warsaw and Budapest have curtailed the independence of media, courts, NGOs and academics.

Over the past two years, more than 100 towns and areas in Poland have declared themselves “LGBT-free zones”. The EU has responded by threatening to withhold some European funds from such towns, which the Polish government has offered to replace.

The European Parliament’s resolution, adopted with 492 votes in favour versus 141 against, said: “LGBTIQ rights are human rights”. It declared all EU territory to be an “LGBTIQ Freedom Zone”, a clear rebuttal to the “LGBT-free” designation used in Poland.

Poland’s ruling Law and Justice Party (PiS) says gay rights are a threat to the traditional lifestyle in one of the most Catholic countries in Europe. Its critics say it has turned to politics of bigotry to cling to power, particularly since an election last year, which PiS incumbent President Andrzej Duda narrowly won with an appeal to conservative voters that emphasised anti-gay messages.