Tax and the broken social contract 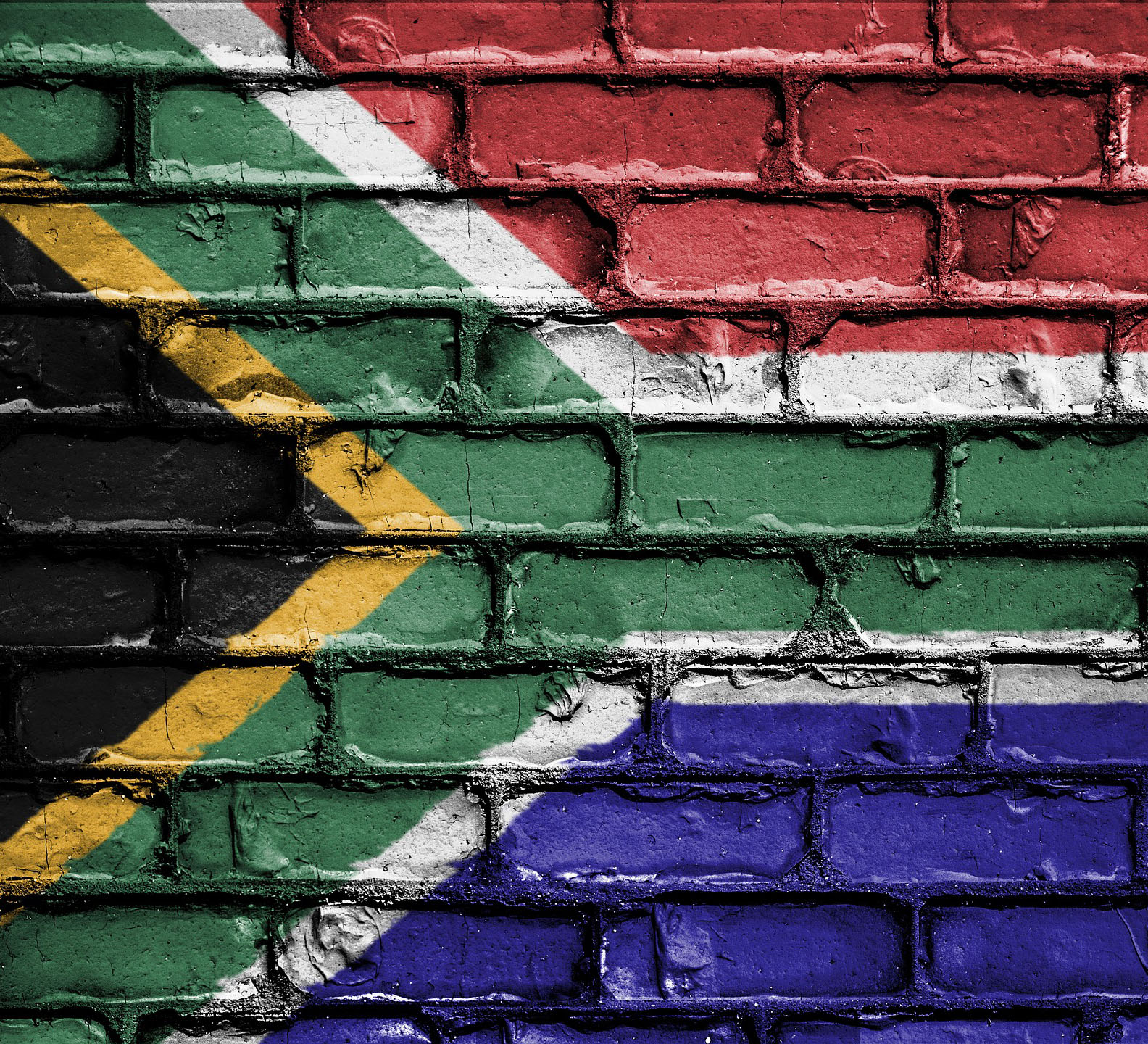 Last year, the SA Revenue Service put out an advert to the country’s taxpayers.

Taxes are hardly popular anywhere, under any circumstances, but an argument along these lines has traditionally been enough to win the consent (perhaps grudging) of those on whom the burden falls. Taxes are paid, in part, because there is a recognition of a common responsibility to provide for the workings of a state.

Of course, taxes are also paid because the state has the power to enforce taxpaying as a legal duty, with severe consequences for not doing so. The satirist PJ O’Rourke has written that since a failure to pay taxes leads to imprisonment, and that attempting to escape from prison gives the state the right to shoot the escapee, the justification for any tax-funded programme can be reduced to whether or not one would shoot one’s mother to see it implemented.

But since taxes embody the use of government coercion, in constitutional and democratic societies they have come to represent part of the governance bargain. The state, as a representative of the society’s people, has the right to take a portion of their money, on condition that it treats them with the respect due to them.

As the Johns Hopkins University scholar Deborah Bräutigam has written: ‘The duty of paying for government legitimizes demands for services and accountability.’

This is a very important insight. Bräutigam – among others – argues that taxation is more than a means of collecting revenue, but of building successful and developmentally focused societies. Where taxes are collected from a broad range of people and institutions, the burden is shared, but the incentive to hold accountable those using the funds is expanded. This has the potential to improve the capacity of governance, to help to build institutions and to foster democratic engagement by a country’s citizens.

Countries well-endowed with natural resources or able to attract copious foreign aid may be able to acquire the funds they need, but at the expense of social and political stagnation – through corruption, gate-keeping, the suppression of dissent and so on – for there is scant need for power-brokers to negotiate consent with the broader population.

South Africa is an interesting case. It has earned kudos for its success in ‘resource mobilisation’, in generating state revenue through its tax system and relying relatively little on foreign aid. Indeed, South Africa is actually a donor of some scale, particularly if transfers to the other members of the Southern African Customs Union are taken into account.

Yet concerns about this have been growing. One concern is that SARS – colloquially often described as ‘the only part of government that actually works’ – was evidently subjected to the overt capture that afflicted so much of the state over the past decade. It is difficult to retain faith in an institution tasked with collecting money when it is has been compromised. Yet perhaps this can be repaired, and perhaps some of the measures taken in recent years point to this.

What may be more difficult to address is the breakdown in the contract between the state and the citizens. Bluntly put, in many of the issues of greatest importance to South Africa’s people, the state is failing in its obligations.

There is no doubt that the demands being made on South Africa’s people by the state have been escalating. South Africa has seen the state taking a steadily larger amount out of the pockets of its taxpayers – whether in the form of income taxes, corporate taxes or VAT – for decades. In 1982/83, national revenue came in at some 20.5% of GDP. By 1990, this was at 23.3%. It hovered around this level for most of the decade (though with some steep deficits), and stood at 23.1% in 1999/2000. For the next few years, the tax take grew as SARS improved its ability to collect. The then head of the revenue authority memorably said in the 1990s that taxpayers were paying ‘voluntarily’. The economy grew, and the deficit shrank. (We even achieved modest surpluses in 2006/07 and 2007/08). But with the economy in turmoil at the end of the decade, the chunk of the economy taken up by state revenue went into overdrive. By 2015/16 it was at 25.9%, with a deficit of 4.2%. By the end of the decade, 2019/20, it had reached 29.7% along with a 5.7% deficit.

Estimates for 2020/21 – the year Covid struck – put tax revenue at 27.7% of GDP along with a deficit of 14%. An extreme and abnormal year to be sure, but projections for the years ahead still point to revenue remaining in the upper twenties, and deficits well above 6%. South Africa is well on the way to the state taking a third of GDP in revenue.

In short, the tax burden on South Africa’s people is growing, as are the future liabilities for which they and their descendants will be responsible.

Yet for this considerable outlay, South Africans get relatively little back. They must contend with the reality of extensive violent crime, with health and education services that all too often fail to deliver on their mandates, and with an infrastructure that has been neglected, in some cases (quite arguably), criminally.

This means that for those able to afford it, de facto secondary taxes are imposed to make up for the failures of the state in keeping its side of the contract. These include private security, private education and private healthcare. These are, incidentally, not the province of the wealthy, as the growth of low-fee private schools in South Africa’s townships illustrates. For all aside from the very wealthy, they impose costs for which there should be no need and soak up resources which could be better deployed elsewhere.

Indeed, incompetence and official neglect have even pushed private citizens and interests into undertaking the maintenance of the public sphere. In theory, this should unambiguously be the responsibility of the state; infrastructure and so on are, after all, under the state’s control. Yet the degree of decay in much of South Africa’s municipal governance makes this unrealistic.

In an utterly damning judgment in December last year, for example, a court found that the Kgetlengrivier Municipality in the North West (already under administration) was in violation of its duties, and ordered the Municipal Manager to be jailed if he did not address the problems. Ultimately, the court endorsed a takeover of the sewage plant by the residents’ association. Marius Pieterse of the University of the Witwatersrand noted: ‘The High Court seems not only to have given up on the municipality, but also on the ability of North West Province to provide support or oversight.’

Kgetlengrivier may provide a potential way forward, but, as Pieterse notes, it carries the risk of undermining the constitutional order (albeit, one should note, because of the stance of the state). It is also far from clear just how widely this model can be applied. Challenging a dysfunctional municipality is a different proposition from challenging the national government and the means it has to collect its own revenue.

And on this front there is much to be concerned about. National government continues to pour billions into supporting state-owned enterprises that have shown little ability or appetite to get their finances in order. That South African Airways will continue to receive bailouts – in the current circumstances – makes this case in stark detail.

All of this highlights the state’s disregard for South Africa’s people, even as they fund the state institutions that abuse them. Yet even this does not describe the full extent or implications of this abuse.

The tax burden that South Africans carry is in part a function of the failure of the economy to grow, to generate more wealth, more opportunities and more social mobility. This in turn is in no small measure a direct consequence of state policy. The National Development Plan called for growth of 5.4% a year – something last approached more than a decade ago.

The state has broken its contract with its citizens by policy regimes that have undermined the prospects of achieving this sort of growth and the opportunities that would come with it.

South Africa cannot expect to advance while it maintains a state incapacitated by political patronage. (It is positive that the president has indicated that political meddling will be removed from the civil service, although this will mean a fundamental realignment of the ruling ANC’s governance strategy). It will struggle to attract investment when it imposes what amounts to further taxes on business through empowerment requirements. And if property rights are threatened – as is the case with the expropriation without compensation agenda – the country presents itself as essentially ‘uninvestable’.

This compromises the future – and puts in doubt whether the tax base will remain intact. Disturbing evidence exists that South Africa is shedding many of those upon whom both individual and company tax receipts depend.

‘To all taxpayers, pay your fair share! Do it for your nation. Your tax matters,’ says SARS. Indeed. But the conduct of the state and the manner in which it abuses its citizens hoists a large question mark over this. What is a fair share, when squandering and incompetence are an ever-present reality? Tax matters, certainly. It’s time the government acts as though it does.