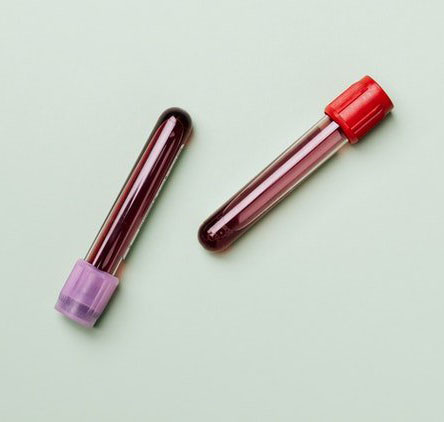 The president should demonstrate his commitment to LGBTQ+ equality by ending this antiquated rule.

The Biden administration has demonstrated early goodwill as an LGBTQ-friendly administration. Biden appointed the first out cabinet member in U.S. history, expanded LGBTQ+ nondiscrimination protections for federal employees, and reversed four years of anti-LGBTQ executive actions from the Trump administration, like the ban on transgender military service.

These moves have been a breath of fresh air, but the Biden administration should go one step further by immediately reversing the thirty-year ban on men who have sex with men (MSM) from donating blood and plasma. Biden has the power to act on this issue unilaterally, without input from Congress, by simply updating this antiquated policy of the U.S. Food and Drug Administration (FDA).

In the early 1990s, the FDA implemented a lifetime ban for MSM due to this population’s greater risk of contracting HIV. The lifetime ban was lifted in 2015, but replaced with a one-year celibacy rule for blood donations from MSM. In April of last year, as the coronavirus raged throughout the country, the FDA swiftly reduced the requirement for MSM to just three months. Whether it is one year or three months, it is still discriminatory. Straight people don’t have to promise celibacy to donate blood.

The ban perpetuates a well-known stigma that gay and bisexual men have dealt with for decades. Instead of implementing a ban on individuals with high-risk of contracting HIV, the FDA has chosen to focus on excluding a community that has a long history of being discriminated against. It feeds into harmful tropes that gay men are sexually promiscuous, engage in dangerous sexual activity, and aren’t relationship-oriented. It’s an antiquated and discriminatory guideline based on perception, not science.

It is true that HIV disproportionately affects the LGBTQ+ community, but that’s not the full story. According to the CDC, MSM accounted for 69 percent of the nearly 38,000 new HIV diagnoses nationwide in 2018, while 24 percent were traced to heterosexual contact. However, the fear of HIV-contaminated blood is unnecessary. The FDA screens every unit of donated blood for infectious diseases before it enters the donation pool.

Since 2002, the FDA has used a rapid HIV antibody test that allows for same-day results. This technology identifies the HIV virus within weeks of exposure. During testing, only 12 of the 37,164,054 units screened tested positive for HIV— that’s 1 in 3.1 million.

In 2014, the Williams Institute at the University of California, Los Angeles found that the available blood supply in the U.S. could increase by two to four percent annually if the MSM population were able to donate. That’s over half a million units of blood that can be used to save people’s lives. Recent events, like extreme winter weather and the coronavirus epidemic, have created a nationwide shortage of blood and plasma donations; the time is now to lift this unnecessary ban. The goal of the FDA should be to develop policies that enable the largest number of citizens to donate healthy blood. Instead, they have chosen to exclude whole groups of people based on stigma.

In December 2020, the FDA announced they will conduct a study on whether to implement a risk-based questionnaire in lieu of the ban on MSM donors. This would be a step in the right direction, but the FDA has not announced any timeline for when the study will be completed. ABC News has reported that it could take until the end of the year. There’s no reason to wait that long. At least 17 other countries, including our neighbors in Mexico, have no restrictions on gay and bisexual men donating blood and plasma. The time to act is now. The FDA should immediately implement a policy based on the risk presented by each individual, rather than the harmful stereotypes associated with one’s community.

The Biden administration has made great strides for the LGBTQ+ community during the first few weeks of his administration. Biden has the ability to right this historic wrong, while maintaining the integrity of the blood donor eligibility requirements. Biden has made a vague promise to ensure blood donation requirements are based on science, not stigma. If he is serious about this promise, he should immediately end the ban based on sexual orientation.

Kevin Eamon Muehleman is an MPA Candidate at the NYU Wagner Graduate School of Public Service.