Support the campaign to DEFEND OUR DEMOCRACY 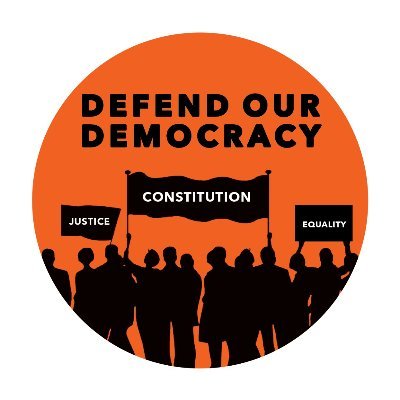 Sign and share this petition link as widely as possible. We cannot be passive observers when our democracy and constitution are under threat.

We have all seen rampant corruption; institutions undermined and attempts to undermine our constitutional democracy, that protects us all and requires our government to serve us, the people of South Africa.

Former president Jacob Zuma has refused to attend the Zondo Commission, despite having previously been a witness there.

Dangerous and anti-democratic forces have been incited to support Zuma; this is a grave threat to the stability and democracy of South Africa.

We therefore, call on all people to vigorously oppose this threat to our democracy and to stand united against those intent on violating the values and principles embodied in our Constitution.

Finally, we demand that Jacob Zuma go to the Zondo Commission or face the consequences of his actions.