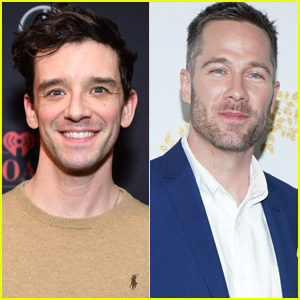 A holiday-themed romantic comedy centered on gay men is coming to Netflix from Michael Mayer, the Tony Award-winning director of the Broadway sensation “Spring Awakening.”

In a genre that has seen increased calls for inclusion, the ensemble project “Single All the Way” boasts beloved actors of pop culture sensations past and a pedigreed filmmaking team.

Desperate to avoid his family’s judgment about his perpetual single status, Peter (Urie) convinces his best friend Nick (Chambers) to join him for the holidays and pretend that they’re now in a relationship. But when Peter’s mother sets him up on a blind date with her handsome trainer James (MacFarlane), the plan goes awry.

“What I love most about this hysterical, moving project is that it is simply a genuine holiday romantic comedy that explores friendship and love between gay men,” said Rice. Mayer noted it was “really gratifying to tell a story that happens AFTER coming out!”

Hodge added that when he “sat down to write this movie, I made a list of all the things I personally wanted to see in a holiday rom-com. The list ran the gamut, from honestly portraying the uniqueness of gay friendships and relationships, to the often hilarious dynamics of our families, to Jennifer Coolidge. I’m so grateful to Netflix for embracing all of it. I can’t wait to see it come to life.”

Urie rose to fame with his breakout role in ABC’s “Ugly Betty” and, later, Lifetime’s “Younger.” He is repped by Paradigm and Seven Summits. MacFarlane starred on the groundbreaking family drama “Brothers & SIsters,” and is repped by APA and Management 360. Chambers previously starred in the drama “Of Hearts and Castles,” and is repped by Amatruda Benson & Associates.