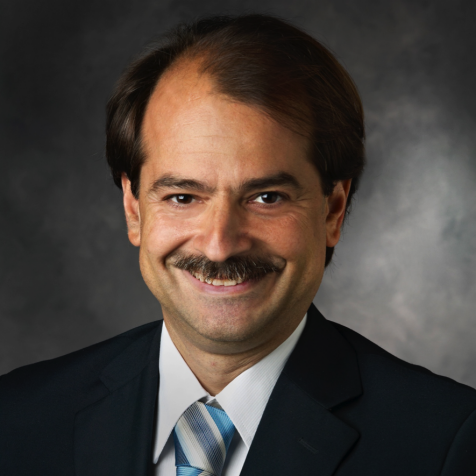 In an exclusive interview, Stanford University Professor Dr. John Ioannidis spoke with Greek Reporter this week, assessing the different vaccines being administered currently around the world and giving his opinion on how the global fight against the coronavirus is faring.

“The development of effective vaccines for COVID-19 was a major scientific achievement,” the eminent professor stated. “Many people are anxious to understand which one of the vaccines that have received emergency authorization is the best.

“The truth is that we simply have no such comparative data,” he added. “In all clinical trials releasing and publishing results to date, each vaccine was tested against a control non-vaccination group, not against other vaccines.

“Therefore, a comparison of the estimates of efficacy that were observed across different trials with different vaccines and different populations is precarious. Acknowledging this limitation, there are no obvious differences in these efficacy estimates at least for the first two authorized vaccines, by Pfizer and Moderna, both of which had estimated 95% efficacy in their phase 3 clinical trials.

Johnson & Johnson vaccine candidate much easier to store and transport

“Novavax seems to be in the same range (89%). The Oxford/AstraZeneca (70%) and Johnson & Johnson (66%) may have lower efficacy, but they may have other advantages in terms of ease of use,” Ioannidis explained.

Notably, the Johnson & Johnson vaccine, now being studied at the US Food and Drug Administration, does not have the strict parameters for storage that make the Pfizer and Moderna vaccines so tricky to transport around the world. Ultracold temperatures of between -80°C and -60°C (-112°F and -76°F) are required for the Pfizer inoculation and the Moderna product is only slightly easier to take care of, requiring temps of down to
-25°C and -15°C (-13°F and 5°F).

Greek Reporter also asked Dr. Ioannidis about the prospects that the Oxford University/AstraZeneca vaccine, currently in use in the EU and the UK, will be approved in the United States. “There has been divergence in the regulatory decisions of various agencies around the world regarding the Oxford/AstraZeneca vaccine, in terms of whether they approve it or not and whether they approve it for specific age groups,” Ioannidis notes.

“Many regulators have concerns about the relative dearth of data for efficacy in older individuals and the potentially lower overall efficacy. I think the major challenge is whether a vaccine with only modest effectiveness in real life may not offer much benefit, especially if people who get vaccinated get a false sense of over-confidence that they are totally immune, while they are not, and then they markedly increase their risk exposures,” he adds.

“This is what we call risk compensation, and I have tried to model its impact in a recent preprint. Even for the Pfizer and Moderna vaccines, we have no solid estimates of their performance in the real world yet,” Ioannidis points out.

“The most mature data are from Israel and so far they look very promising. Press releases have mentioned that there were zero deaths, only four severe cases, and a 0.1% overall documented infection rate among 523,000 fully-vaccinated Israelis.

“The press release suggested that such a control comparison was done and suggested 93% effectiveness, but without seeing how exactly it was done, it is difficult to be sure that this is accurate,” he warns.

“This is not an easy task to be taken lightly. We should also not forget that the efficacy estimates in phase 3 trials typically come from data on all documented infections of at least some modest severity/symptoms. Severe infections were a small minority and hospitalizations and deaths during these phase 3 trials were very rare.

“The numbers of events for these severe outcomes are probably so small, however, that the uncertainty around these estimates is huge. In all, we can think positively that vaccines will be as effective as they seem to be (or even more), but we need to be very cautious, avoid over-promising and carefully collect long-term data for both effectiveness and safety, when these vaccines are widely used in the community.

“It is likely that about 25% of the global population has been infected by now, with large differences across countries and locations and natural infection seems to confer some lasting immunity to the vast majority of people infected.

“Recently we published data on re-infection risk from the entire population of Austria and we saw that previous infection reduced by 91% the risk of infection in the next season.

“The receding pandemic waves around the world are not due to vaccination, given that only about 1% of the global population has been fully vaccinated to-date (approaching 5% in the USA). Therefore, it is important to continue diligently with the vaccination effort,” Ioannidis cautioned.

Earlier this year, Greek Reporter had spoken to the eminent epidemiologist after the UK variant of the virus had appeared and asked him for his take on the emerging mutation and what that meant for the world.

“Even if a new strain is not more lethal, a higher transmissibility means that more people need to be infected (or vaccinated) before an epidemic wave stops. Even with equal fatality risk per infection, more infections would translate to more total deaths,” he noted.

Like all other viruses, the medical professor says, the coronavirus, officially named SARS-CoV-2, does change through mutations, and there are “many such mutations that have been documented” already.

After the emergence of the new UK strain, he explains, there were other variants, including one from South Africa and one from Nigeria, that have caused experts to speculate about the possibility of higher transmissibility.

“Of course,” he says, “the scientific community will check all these very carefully, but it would be wrong to have the public panic, trying to follow in the news every single new variant that emerges.

“Good reason to be optimistic”

“The large proportion of already infected people plus added high proportions of vaccinated individuals by the end of summer should hopefully lead to a situation where we will not see major pandemic wave resurgence later in 2021,” the professor stated this week. “However, with respiratory viruses (even with influenza), every season is a new season and one cannot make predictions about the height of next season epidemic waves with any high certainty.

“E.g. escape variants for which vaccines or previous natural immunity do not work may evolve, even though they are not currently a major problem.

“If such variants become dominant, vaccines can be redesigned, and this is already ongoing in the vaccine development planning. We have been doing this practically every year with influenza vaccines,” he explained.

Ioannidis concluded by saying “In all, I think we need to continue to be careful, but there is good reason to be optimistic that the current season’s epidemic activity is coming to a close – plus we can be much better prepared for any coming seasons.”