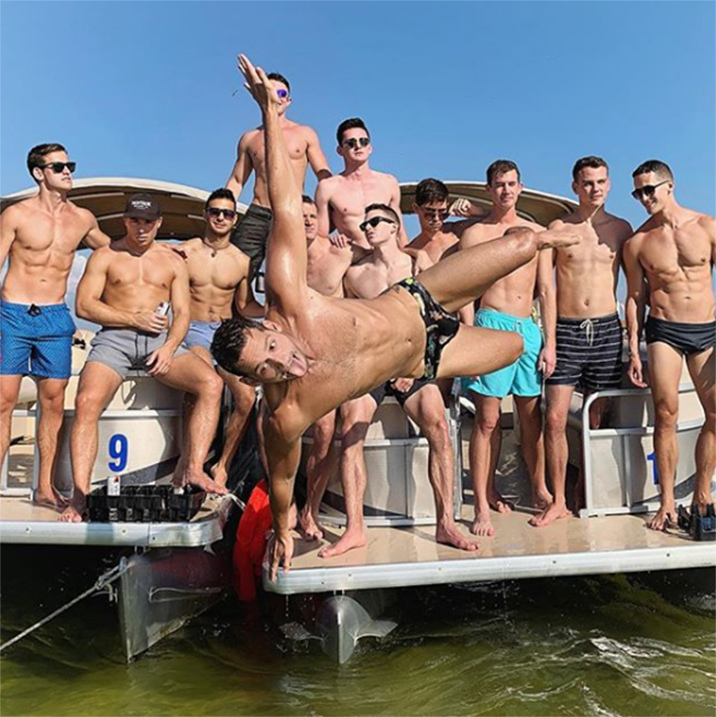 For some users, particularly gay men, the image-centric platform has morphed from being a social network for friends to a sea of semi-nude “influencer” posts.

Grammy- and Oscar-winning singer/songwriter Sam Smith, who is openly gay, fought back against body shaming last week with a shirtless Instagram post. He said it was the first time he didn’t starve himself “for weeks” before a photo shoot, even a fully clothed one.

The body-positive message drew widespread praise, but the platform for the message, Instagram, struck some gay men as ironic.

Instagram, which boasts roughly a billion users, is arguably the most visual social media platform, as its content is comprised of mostly photos and videos, with some memes sprinkled in. But for some users — particularly gay men, who have long dealt with social pressure to have a body that fits the “masculine ideal” — the image-centric platform has morphed from being a social network for friends to a sea of semi-nude “influencer” accounts.

These accounts, often dubbed “thirst traps,” typically feature scantily clad men with chiseled physiques hanging out on the beach or gay hot spots. They can have anywhere from 10,000 to a million followers, and they often post sponsored content where brands can promote their products. But this “eye candy” can have a negative consequence for some men who follow these accounts.

Patrick Lehe, 29, has struggled with his weight, including periods of binging and crash dieting. He said Instagram often reinforces the stereotype that gay culture is only for “ripped, statuesque men.”

At 6 feet tall, his weight has fluctuated between 188 and 277 pounds. He came out as gay after moving to Los Angeles, but he said because of his heavier weight, he feels even less accepted now than he did in the small town in Indiana in which he grew up.

“I’m at a healthier weight now, but it’s not one that is accepted by most in the community,” Lehe told NBC News. “Instagram helps create this idea that gay life is only for the ‘six-pack pals.’ I’ve felt this insecurity I couldn’t shake unless I fit the façade of beauty.”

Approximately 20 million women and 10 million men in the United States will have an eating disorder at some point in their lives, according to the National Eating Disorder Association. The organization found gay men struggle disproportionately with body image issues and eating disorders: Though they are thought to make up only 5 percent of the national male population, gay men account for 42 percent of men who report having an eating disorder.

Asher Pandjiris is a therapist in New York City who treats LGBTQ people with eating disorders and was also a program director at an eating disorder center. She said high rates of disordered eating in the LGBTQ community are often reactions to the homophobia internalized in youth.

“Queer people often try and prove heteronormativity by having a muscled or thin body,” Pandjiris said. “But it’s almost more insidious that the queer community polices or generates these unattainable standards.”

Pandjiris said it’s common to see patients engage in disordered eating, such as starving themselves if they miss a workout or before trips to gay events where their bodies are on display. She said looking at statuesque bodies on social media can play a hidden role in the problem.

“It’s hard for patients sometimes to connect the dots — that they saw a post on social media that makes them feel like they have to look a certain way in gay spaces, that they need to work out obsessively and starve themselves before a trip to Fire Island,” she said.

Some of the ripped men on Instagram took note of Smith’s post. Max Emerson, whose page has more than a million followers, mostly posts photos of himself in his underwear, either alone or with other men with a similar physique.

Emerson, 30, said he’d like to feature more diversity on his page, but he said the reality is that posts with diverse bodies don’t get as much engagement.

“If you’re not selling a fantasy at first, you’re not going to get the platform,” he said. He pointed out that sponsors often cast his posts and that people with diverse bodies may not want to appear in photos with him, and that by keeping the platform popular, he’s been able to raise significant funds for LGBTQ causes.

Lehe still follows a few “thirst traps,” but some gay men decide to cut them out altogether.

Patrick McNaughton, 35, said he unfollowed all such accounts about six months ago. When he joined Instagram in its nascent days in 2011, he enjoyed it as a way to keep up with friends.

“Eventually, it changed. It became hundreds, if not thousands of these hot guys posting pics,” he said.