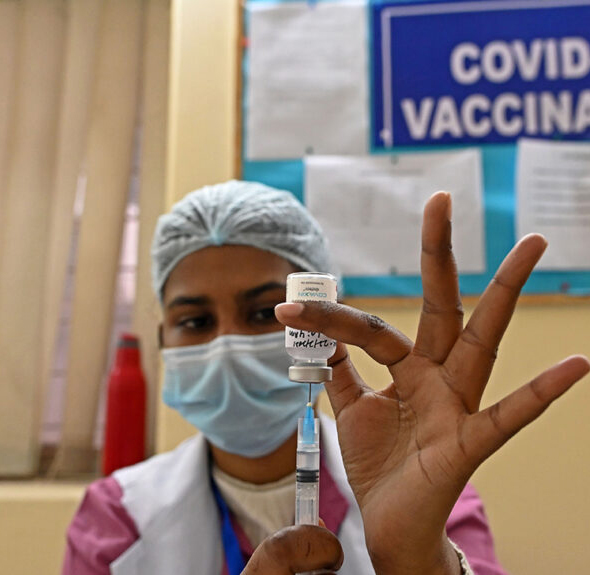 Currently, in various areas of the world, 13 COVID-19 vaccines have been authorized for use. In this feature, we look at the types and their reported side effects.

As the global effort to produce vaccines that can curb the COVID-19 pandemic forges ahead, headlines continue to highlight development breakthroughs and safety concerns.

This article summarizes the known side effects of the 13 authorized vaccines and provides insight into risks that researchers are still investigating.

The table below gives an overview of the 13 authorized vaccines, categorized by type, based on how they function. It also shows their efficacy.

Each of the following vaccines has received use authorization in at least one country.

* Covishield is the Oxford-AstraZeneca vaccine produced for India.

Vaccines allow the body to build immunity by activating T and B lymphocytes, cells that, respectively, recognize the targeted virus and produce antibodies to combat it.

A vaccine cannot cause COVID-19. No vaccine contains a complete form of the virus responsible for this illness.

While their body builds immunity, it is normal for a person to experience minor side effects.

According to the Centers for Disease Control and Prevention (CDC)Trusted Source and the World Health Organization (WHO)Trusted Source, common side effects of a COVID-19 vaccine include:

A person might also experience side effects around the injection site, which is usually the upper arm. These might include swelling, pain, redness, an itchy rash, and other mild forms of irritation. People sometimes refer to this issue as COVID armTrusted Source.

Health authorities recognize that each of the 13 authorized COVID-19 vaccines can cause side effects. These are often mild and last for only a few days. They are not unexpected.

Every vaccine facility in the United States has to report specific post-vaccination symptoms, known as adverse events, to the government’s Vaccine Adverse Event Reporting System (VAERS). Individuals can also submit reports through the VAERS portal.

The Food and Drug Administration (FDA)Trusted Source, CDCTrusted Source, and other regulatory agencies are closely monitoring VAERS to scrutinize the safety of the vaccines used in the U.S.

Similar systems are in place in other countries. In the United Kingdom, for example, the scheme is called Yellow Card. The European Union asks people to report suspected side effects to their healthcare practitioners or fill out dedicated online forms.

Rarely, a person experiences an allergic reaction to one or more of the ingredients in a vaccine. They might develop hives or another type of skin rash, swelling, and respiratory symptoms.

A severe allergic reaction is called anaphylaxis, and it involves low blood pressure, nausea, and difficulty breathing, among other symptoms.

Anaphylaxis is an extremely rare side effect of vaccination. According to the CDC, around 2–5 people per millionTrusted Source, or fewer than 0.001% of people vaccinated in the U.S. have experienced anaphylaxis afterward.

Allergic reactions to mRNA vaccines have been of particular concern, as they contain a chemical, called polyethylene glycol (PEG), that has never been used in an approved vaccine before. PEG is in many drugs that have occasionally triggered anaphylaxis. In these vaccines, it coats the mRNA molecule and supports penetration into cells.

There are similar concerns about the Janssen vaccineTrusted Source, which contains polysorbate 80, a chemical that is structurally related to PEG.

A studyTrusted Source of data about allergic reactions to mRNA COVID-19 vaccines noted that most people who experienced anaphylaxis afterward had a history of allergies and this particular severe reaction.

The data suggest that there is a very low risk of anaphylaxis as a result of mRNA COVID-19 vaccines. Regardless, the CDCTrusted Source recommend that vaccine administrators conduct prescreening for specific allergic reactions. These vaccines are safe for people with common allergies, such as to foods, pets, environmental elements, latex, and oral medications.

The CDC also recommend that anyone who has had an allergic reaction to one dose of a vaccine not receive a second dose of the same type of vaccine.

Frequency of side effects in women

Side effects appear to be more commonly reported in women than men. A study by CDC researchers shows that 78.7%Trusted Source of adverse event reports submitted during the first month of U.S. vaccination involved women.

Another study observed that females represented 15 out of 16Trusted Source people with anaphylaxis after a vaccine.

These findings are in line with a 2013 study on the H1N1 vaccine during the 2009 flu pandemic, which found higher rates of hypersensitivity reactions among females of childbearing age than other groups in the study population.

Reproductive hormones, such as estrogen and testosterone, may play a role in this sex discrepancy. A studyTrusted Source in mice suggests that estrogen causes the body to generate more antibodies, leading to a higher immune response.