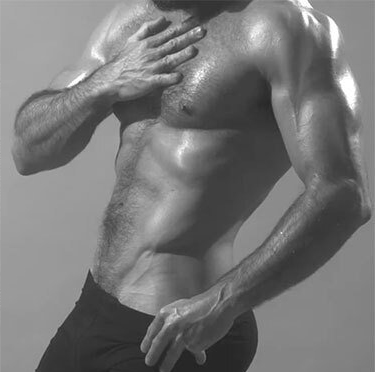 “We don’t just want to deliver gay images but also make a fun sexy distraction for people in these times of lockdown.”

Boy Butter has had a special place in our hearts for some time. Outside of its product, the company has been turning out ad campaigns — sometimes they are campy but recently they’ve been increasingly sexy —that bring gay-specific imagery to mainstream audiences. For years that’s been done through a spot on RuPaul’s Drag Race, but beginning this week the company launches a new spot set to air on Bravo’s Real Housewives of New York City.

“Bravo is probably the greatest pop-culture channel in this country and the world,” Eyal Feldman tells Out. “The most popular and widely viewed reality shows exist there and they are viewed by countless straight women and gay men, which is who we want to appeal to. Real Housewives represents so much.” So, Feldman has decided to serve them up a clip inspired by the Bob Mizer and Calvin Klein imagery of years passed.

“We want to enter their domain and bring them gay imagery and shake things up for them and the country,” Feldman continues. “We don’t just want to deliver gay images but also make a fun sexy distraction for people in these times of lockdown.”

The ad is in promotion of the company’s water-based, clear lubricant formula which is “a favorite across genders and sexualities,” a release says. It features Facundo Rodriguez, bar owner and Boy Butter spokesperson of the moment.

“We wanted to elevate the brand and portray a strong confident male figure that unabashedly owns his sexuality while still appealing to both men and women,” Donna Feldman, co-founder of Straw Hat Productions who produced the 30-second spot, said in a release. Donna worked in collaboration with Michael Blank who has previously worked with Calvin Klein, Burberry, and H&M.

The campaign will begin airing during Real Housewives episode on Thursday, April 23, and run for four weeks.