How QAF broke the mould for gay people on tv 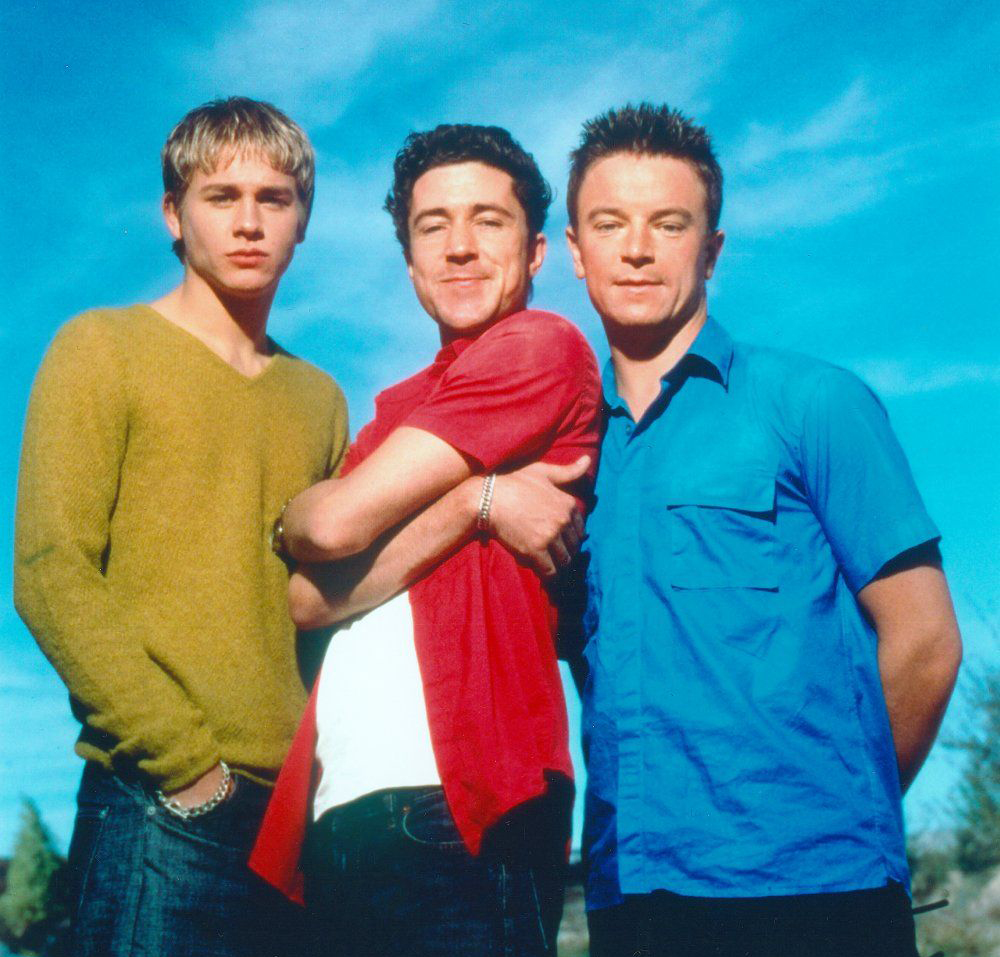 When Queer as Folk landed on screens 20 years ago, it immediately divided opinion.

It portrayed the lives of three central characters living in Manchester’s Gay Village in a frank, funny and explicit way that had never been seen on screens before.

But gay campaign groups protested at the launch that it failed to tackle issues such as Aids.

Today it is regarded as a milestone in LGBT representation on TV. We spoke to viewers, critics and insiders about its impact and enduring appeal.

‘It showed gay men being unapologetic’

Owen Corrigan was 15 and living in rural Ireland when he chanced upon Queer as Folk while channel-hopping at home on a Friday night.

“I had never really met a gay person, I’d just heard the schoolyard taunts. I didn’t know I was gay at the time, or I hadn’t acknowledged it,” he says.As a teenager, Mr Corrigan says he was a “bit of a mummy’s boy” and normally he would wait up for his mother to return from her job where she worked nights.Now he found himself being drawn into this portrayal of a “sexy and slightly outrageous and exciting” world, clutching the remote control and hoping he could finish watching before his mother walked in.

He says: “It helped me to overcome whatever sense of shame I had because it showed gay people without shame. But watching it with my mother was absolutely out of the question.”When he watched the programme, moments of camaraderie and fun – like the characters getting together to watch a recording of Princess Diana’s funeral – had as much impact on him as the explicit scenes that made headlines at the time.”What it showed, that I had never seen before, was gay people being normal. They had this circle of gay friends, having a laugh and hanging around,” he says.The show’s unabashed depiction of sex was not only shocking for older, straight critics.

“It shocked me, the explicit stuff. Some of it is still risqué 20 years later,” says Mr Corrigan, recalling frank scenes involving bodily fluids.”What was so refreshing about Queer as Folk was that it showed gay men being unapologetic. It showed without shame that all these people were sexual beings with inner lives,” he says.Characters ranged from the “extremely beautiful” to those with “normal bodies”, from the “completely confident” to the “more buttoned-down”.A year after he saw the programme, he realised he was gay (with the additional help of the internet and a Jennifer Aniston movie).”British TV channels corrupted me,” he jokes.’Nothing like it had existed before’Writing about her first experience of seeing “explicit homosexual sex on television” in 1999, the Daily Mail’s Lynda Lee-Potter said she felt “intense sadness that actors are being exploited this way”.Even reviewers which praised the show, such as AA Gill in the Sunday Times, celebrated it for not making gay rights a “tub-thumping issue”.But few of these responses seemed to be written with a LGBT audience in mind.James Luxford, a film critic for the Radio Times and City AM who is bisexual, was 15 when the show first aired and says it provided his “first glimpse of LGBT life”.

“I was so far in the closet that this glimpse was overwhelming,” he says. “There just wasn’t anything like that on television.”Soaps such as EastEnders and Brookside had featured gay relationships but such portrayals were rare and often controversial.”At the time, the usual depiction of LGBT people on TV was as an accessory to the main straight character – the ‘gay best friend’ stereotype,” says Mr Luxford.”To see gay people living full lives, having sex lives, being fully-formed characters was startling.”If it were being made today, he says that the characters might be a bit more nuanced and that as the story unfolded, it did slip into melodrama.

“It’s difficult to judge it because it was a pioneer. It didn’t borrow from anything else because nothing like it had existed before,” he says.But it left a legacy of shows which put LGBT lives centre stage, including a US remake which ran for five seasons, as well as the L Word, Looking and Channel 4’s The Bisexual.Queer as Folk’s taboo-breaking nature means parts of the story still shock today, such as the casual portrayal of a relationship between a 29-year-old man and a 15-year-old.”That’s not something that would fly today,” says Mr Luxford, who says audiences would be much more sensitive to the power imbalances in the #MeToo era. “But it was all taboo then.”‘People still say it changed their lives’Queer as Folk started with an idea to bring gay characters out from supporting roles and into the limelight, according to executive producer Nicola Shindler.Writer Russell T Davies had frequently written gay supporting roles until Channel 4 executives suggested he create a show dedicated to them.

But he refused to take on the burden of representing a whole community, and faced protests by gay campaigning groups when the show launched for not including issues such as Aids.”We kept saying, we’re not representing anyone or anything. Russell T Davies got attacked from the gay community and the homophobic community. His gay men were fun-loving and sex-loving and drug-taking,” says Ms Shindler.”‘It’s not my job,’ Russell said, ‘to represent the whole of the gay community’. He was brilliantly strong about it.”Channel 4 was “brilliantly supportive” but bosses got last-minute nerves about a show featuring underage sex, moving it to a later timeslot of 10.30pm.”The channel were scared because they had never seen anything like it before,” she says.

Ms Shindler says she and Mr Davies have since discussed the issues about age and consent raised by the show. “We probably would make that character 16 now,” she says.But she says the teenage role, played by Charlie Hunnam, is part of the reason the show made an impact on young people discovering their identity.”There were people who had never seen an underage boy who was allowed to be gay on screen before. That made such a difference.”Ms Shindler says she would want to include more gay actors if she were making the show today, when concerns are increasingly raised about roles for LGBT performers.Queer as Folk helped to make stars of Aidan Gillen, now in Game of Thrones, and Charlie Hunnam, from Sons of Anarchy. But Ms Shindler says: “We were certainly turned down for a lot of auditions.”If the show caused outrage and nervousness on its launch, those are not the feelings that have lasted.

She says: “It’s the only show I’ve ever worked on where people still say it changed their lives.”