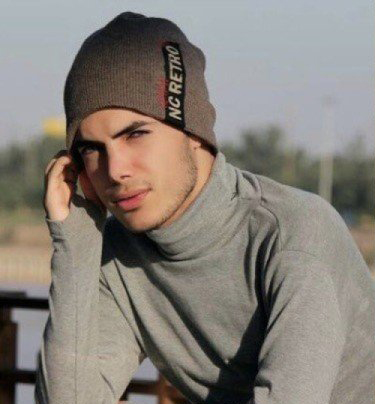 “Beautiful soul” Alireza Fazeli-Monfared, 20, was about to flee to Turkey to be with his boyfriend, reports say.

A gay man was murdered and beheaded by members of his own family in Iran last week, according to reports.

Alireza Fazeli-Monfared, 20, was planning to flee to Turkey to be with his refugee boyfriend when he was killed by his half-brother and cousins, reports Pink News.

The family are said to have discovered Fazeli-Monfared’s sexuality after he was exempted from military service because of “sexual depravities.”

Same-sex relations are illegal in Iran under Islamic law, and punishable by imprisonment, lashing and execution.

“The family dumped this poor man’s body under a tree”

Journalist Masih Alinejad shared the news on Twitter over the weekend, telling followers: “Rest in peace Alireza Fazeli Monfared. This 20-year-old beautiful soul from Iran was brutally killed by his brother & cousins for being gay as part of an honour killing.

“Iran’s LGBTQ community is brutalised both by the regime & by bigotry in certain families.”

Alinejad added in subsequent tweets: “Alireza was killed by being beheaded by his family. After beheading him, the family dumped this poor man’s body under a tree outside of the city of Ahwaz. Alireza was about to flee Iran to join his boyfriend, who’s a refugee waiting for him in Turkey.

“Through its homophobic laws, anti-gay propaganda, and light sentences for honour killings, the Islamic Republic of Iran is responsible for facilitating the murder of countless members of the LGBTQ community in Iran. This community is yearning to be heard by the world.”

RuPaul’s Drag Race star Jackie Cox, whose mother is Iranian, also addressed Fazeli-Monfared’s death on social media, saying: “My heart is broken for #Alireza – beheaded in Iran by his own brother for being gay. He was attempting to seek asylum in Turkey with his boyfriend. Only TWENTY years old. Imagine what his life would have been had he escaped?”

“Alireza’s stepbrother called his mother and told her: ‘We have finished him off’”

The Ahvaz-based Fazeli-Monfared was taken to the village of Borumi to be killed, according to IranWire.

“At 7pm on Tuesday, Alireza had a phone conversation with his mother for the last time,” Aghil Abyat, Alireza’s friend, claimed while speaking to the publication. “Then his half-brother came to him and on the pretext that their father wanted to see him, got him into the car and drove him outside the city.

“There was no news of him until Wednesday when Alireza’s stepbrother called his mother and told her: ‘We have finished him off.’ In other words, he confessed to murdering Alireza. They found his body under some palm trees. It’s now with the medical examiner and his mother has been hospitalised because of the shock.”

IranWire cites a 6Rang report saying three suspects were arrested and a case against them opened in court; two of the suspects were said to be the man’s cousins.

According to a 2020 UK Home Office report on military service in Iran, “the USSD 2019 Iran Human Rights Report states that: ‘The law requires all male citizens older than age 18 to serve in the military but exempts gay men and transgender women, who are classified as having mental disorders'” – meaning LGBTQs passed over for service can be effectively outed to their communities.