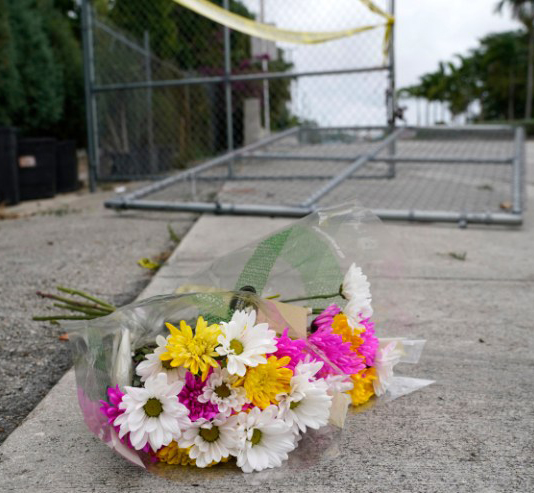 “To my knowledge, this was not an attack on the LGBTQ community,” said the president of the Fort Lauderdale Gay Men’s Chorus.

The driver of a pickup truck that struck two men, killing one, at a Pride parade in Florida was connected to the Fort Lauderdale Gay Men’s Chorus, and so were the victims, the group’s president said Saturday.

The truck was to be part of the chorus’ entry in the Stonewall Pride Parade in Wilton Manors, the organization said.

“Our fellow Chorus members were those injured and the driver is also a part of the Chorus family,” Justin Knight said in a statement. “To my knowledge, this was not an attack on the LGBTQ community.”

One man was killed and another injured after they were struck by the truck Saturday evening just as the parade was about to get underway near Fort Lauderdale, officials said.

“We know two individuals marching to celebrate inclusion and equality were struck by a vehicle,” Broward County Sheriff Gregory Tony said in a statement. “One person has died and the other remains hospitalized.”

The victims’ names have not been released. The survivor was expected to recover, said Det. Ali Adamson at a news conference.

She said the cause of the crash was under investigation.

“We are evaluating all possibilities,” Adamson said. “Nothing is out of the question right now.”

She said the driver was being questioned, and the FBI was assisting with the inquiry.

Fort Lauderdale Mayor Dean Trantalis, who was at the event, said that he and others were “terrorized” by the crash. In a statement, he said he was concerned it may have been intentional, though authorities have offered no evidence supporting the assertion.

“Law enforcement took what appeared obvious to me and others nearby and investigated further — as is their job,” he said. “As the facts continue to be pieced together, a picture is emerging of an accident in which a truck careened out of control.”

U.S. Rep. Debbie Wasserman Schultz, D-Fla., who was also at the event, said she is “so heartbroken by what took place at this celebration.”

“This tragedy took place within feet of me and my BSO team, and we are devastated having witnessed this horrific incident,” he said, referring to the sheriff’s office. “Our prayers are with the victims and their families.”