Race hustling is a menace and an insult 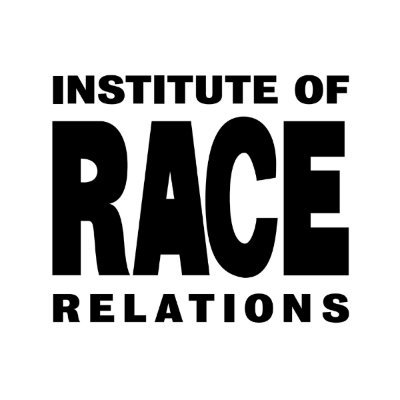 The campaign against “race hustling” currently being launched by the Institute of Race Relations (IRR) comes not a moment too soon.

This growing industry is as big a menace as politicians who blame their own failures on apartheid. It is also insulting to both blacks and whites.

According to an IRR statement issued last week, the “race hustler consultancies” that are springing up are exaggerating the extent of racism in schools and businesses to “win contracts to address this allegedly ubiquitous crisis”. The IRR intends to expose all these “hustlers”.

What the IRR labels as their “unsubstantiated insistence that racism is the biggest problem” facing South Africa in fact flies in the face of no fewer than seven nation-wide opinion surveys commissioned by the IRR over the past 20 years. Race issues were a concern for only 8% of South Africans in 2001 and only 3.3% last year. Unemployment, crime, living conditions, and poor education have long been of far greater concern.

The false claims about ubiquitous racism not only ignore contrary evidence, but also the history of what has been achieved in this country.

Back in 1978 the IRR published a book describing the content of this country’s apartheid laws, including the security laws designed to suppress resistance. Written by Muriel Horrell and entitled Laws Affecting Race Relations in South Africa, the compendium ran to 479 pages. The book had to be that thick and that long because there was no aspect of life that was not governed by racial restrictions.

Twelve years later, in 1990, the IRR published my book, South Africa’s Silent Revolution.  Most of it written before F W de Klerk’s famous speech of 2nd February 1990, this book described how that mighty apartheid edifice was “crumbling all about us” and how the “new society is taking shape”. I had in fact already chronicled the process of the “erosion of apartheid” in testimony to a congressional sub-committee in Washington DC in March 1988.

Unlike desegregation in the United States, which was ordered by the courts and sometimes enforced by soldiers deployed on presidential orders, the erosion of apartheid in South Africa was a bottom-up process. It occurred not because of the law, but despite the law.

The admission of black children to white schools, the erosion of job reservation, the removal of the colour bar from the industrial relations system, and the desegregation of beaches all took place before the law was changed to cater for the new reality already created on the ground. So also with the pass laws, which restricted black urbanisation, and were repealed in 1986 because they had become unenforceable as millions of ordinary men and women simply voted against them with their feet by moving to town despite the risk of arrest.

In 1991 President de Klerk announced the repeal of the Group Areas Act. But by then even the Conservative Party had recognised that the de facto desegregation of many white residential areas had already become irreversible. In 1989 the Johannesburg City Council said that black people were living in every single one of Johannesburg’s 36 supposedly white suburbs; the attorney general of the Witwatersrand said it was now a “logistical impossibility” to prosecute everybody living illegally in a “seriously infiltrated” Johannesburg.

Studies conducted by the IRR before the Group Areas Act was repealed showed that if whites were asked whether they would mind if blacks moved into the house next door, the answer would be yes, they would object. But if blacks moved in anyway, the whites generally shrugged their shoulders and accepted the new reality.

Black trade unions and pressure groups of various kinds played a part in some of these changes, but the erosion of apartheid was brought about by the actions of countless numbers of ordinary people all over the country. There was plenty of political violence in the country, but the process of eroding social and economic apartheid was essentially non-confrontational and peaceful. Nor did it involve revolutionary organisations.

And the process was well under way well before Mr de Klerk became president in September 1989. It was well under way before economic sanctions were intensified. Certain aspects, such as the erosion of workplace apartheid, were under way even before the revolt of the schoolchildren in 1976. And it occurred despite all the racial laws designed to impose segregation and keep the whites as top dogs.

Propagation in 2021 of the notion that South Africa is still awash with racism belittles what has been achieved. It also risks inciting racial tension. By labelling today’s whites as racists it insults them despite the fact that they, or their parents and grandparents, accepted a multi-racial society since before some of these “diversity” consultants were even born.

By perpetuating the accusation that blacks are still victims of white racism, or ‘systemic racism”, or whatever, these consultants will no doubt make themselves bags full of money by offering all manner of training courses to gullible schools and naïve companies. But they ignore the heroic achievements of those “victims” and their antecedents in bringing about the demise of apartheid despite the massive edifice of laws designed to keep the whites on top.

This is a perversion of the historical record and a betrayal of those whose triumphs should be celebrated.