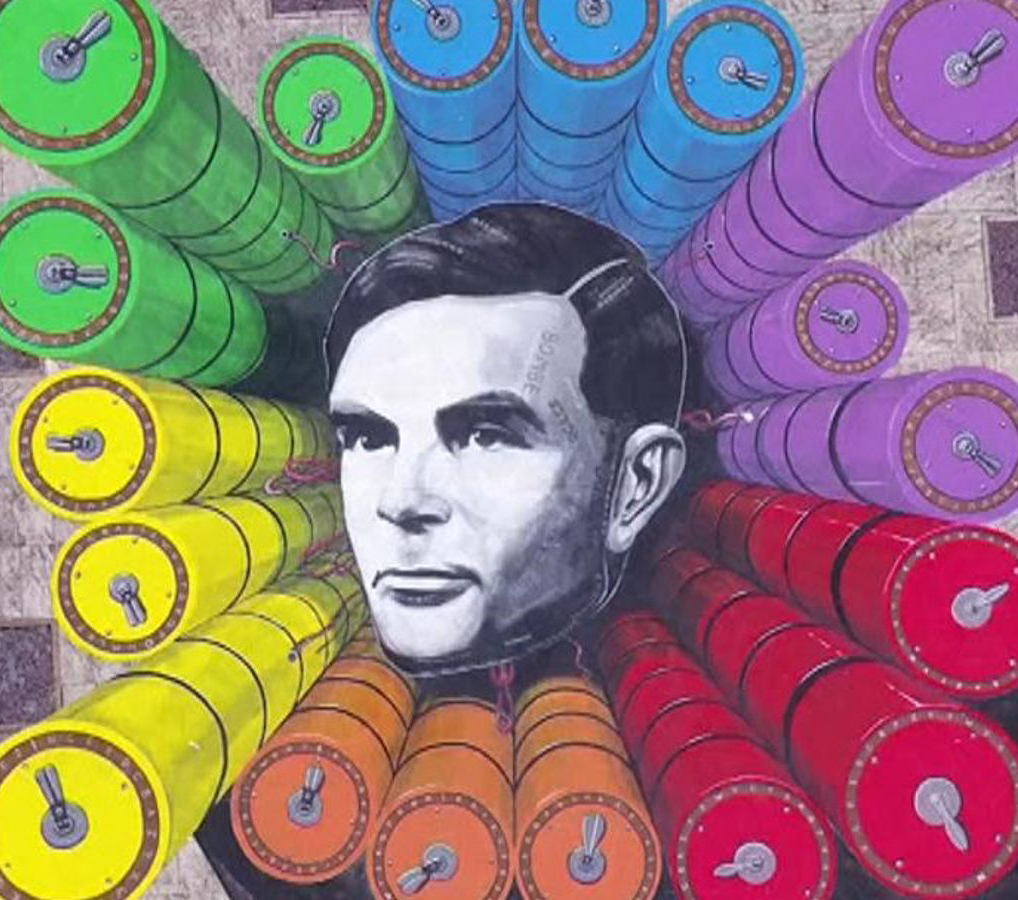 In dropping Wednesday (23 June), the release date coincides with what would have been Turing’s 109th birthday.

With the £50 bill’s entry, it means all of the Bank’s printed banknotes are made of plastic for the first time – paper £50 notes will no longer be accepted at shops from October next year.

The note itself, first announced in 2019, features a 1951 photograph of Alan Turing taken by the photography studio Elliott & Fry.

It also includes a 1949 quotation by him about one of his computer inventions: “This is only a foretaste of what is to come, and only the shadow of what is going to be.”

The polymer note, made of a thin and flexible plastic that is more durable than paper, is part of the British government’s efforts to right some of the wrongs Turing was subjected to throughout his lifetime.

Turing’s biography was one of ground-breaking discovery – and suppressing who he was at a time when being gay was illegal. Often hailed as the grandfather of modern computing, his work provided the theoretical basis for the modern computer and artificial intelligence.

His work, the Bank of England wrote on its website, was “pivotal” and “set the foundations for work on artificial intelligence by considering the question of whether machines could think”.

The mathematical prodigy broke the German Enigma codes, an act credited with shortening the war.

Yet, his wartime achievements remained vastly out-of-sight and his seismic contributions offered little solace when he was prosecuted for “gross indecency”, or being gay.

He was convicted in 1952 under a Victorian-era law and forced to undergo chemical castration. Decades on, and the government, despite immense pressure, still has not yet banned conversion therapy.

“He was a logician, mathematical biologist, a designer of computer logic, computer languages, and computing machines. And all those things are pretty amazing achievements, even without his achievements in code-breaking.”

Decades later, and in 2009, the government apologised for the “appalling” treatment of Turing and Queen Elizabeth II granted him a royal pardon four years later. A law that pardoned hundreds of queer men convicted for historical gay sex offences was named after him.

Above all, Alan Turing’s face on the £50 bill is a reminder of how far Britain has come and how as much as the nation has made great leaps in LGBT+ rights, the fight has not yet been won.

Jeremy Fleming, director of GCHQ, a government intelligence and security agency, called the bill a “landmark moment in our history” in a statement when the final design was announced in March.

“His legacy is a reminder of the value of embracing all aspects of diversity,” he said, “but also the work we still need to do to become truly inclusive.”