Pride is a protest. Time to remember why 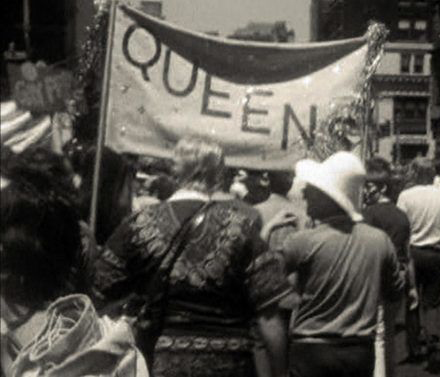 Dive into queer and queer-adjacent titles of the past that deserve a watch or a re-watch.

With pride month on the wane, and with discussion of police brutality continuing to capture headlines, all LGBTQ people should revisit a defining chapter in the history of queer people, and in America. Stonewall Uprising, as the name implies, retells the events of the famed riots that kicked-off the modern-day queer rights movement with towering authority. Co-directors David Heilbroner & Kate Davis interview actual survivors of the riots who recount their own actions the night of June 28, 1969, and conjure images of a community in righteous revolt. Though other riots and protests in favor of queer rights had happened before, the night of the Stonewall Uprising galvanized the community in a way that it never before had. The line had been drawn, and our people said “No more.”

Beyond recalling the state of LGBTQ culture in the lead-up to the protests, Stonewall Uprising pays homage to other major protests by LGBTQ people against police harassment. The film also dispels some of the myths surrounding the riots themselves. Contrary to popular myth, Marsha P. Johnson and Sylvia Rivera did not start the riots, nor did Judy Garland’s death ignite the protests, nor were the crowds composed solely of white folks, men, people of color, women, transpeople, drag queens, upper class or poor people. The beauty of the Stonewall Inn, as with New York’s East Village at the time, was that it catered to all people of the LGBTQ community–a sort of United Nations for every letter of the spectrum. We have a feeling that’s why that fateful night in 1969 marked a turning point: queer people had finally become a community.

The story of Stonewall is that of a community finding itself–of uniting against oppression, of establishing steps toward justice and of learning to love itself. Pride honors not just the active community today, but both those that have come before us to pave the road toward equality, and those who still walk the path. Stonewall Uprising should be required viewing for any member of the LGBTQ crowd, for anyone interested in American Civil Rights, and anyone who wants to see the American promise of a More Perfect Union fulfilled.