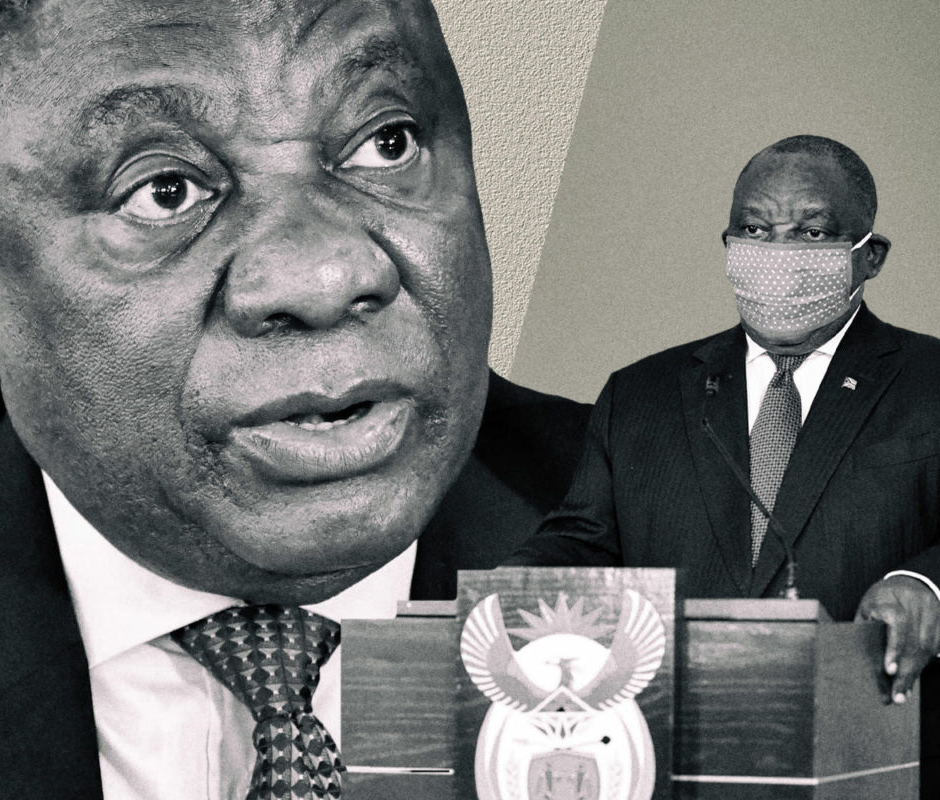 The President’s latest announcement to the nation in reality revealed this government’s incompetence, lack of accountability and the continued sacrificing of certain sectors of the economy because of this government’s wholesale disastrous vaccine roll-out plan.

This week Ramaphosa proudly announced that over 2 million people had been vaccinated, as if vaccinating less than 1% of the population is something to be proud of!

Other third-world countries such as Chile and Uruguay have vaccinated 53% and 43% of their populations respectively and are now able to properly open up their economies.  In South Africa this bumbling government, has shown its ineptness every step of the way.

As a mitigation measure against their own pathetic record of non-performance, government is sacrificing the usual suspects, which Ramaphosa calls “non-essential”; namely restaurants, the tourism sector as a whole and the hospitality sector.

Instead of getting the job of vaccinations prioritized and done, government has announced a harder lockdown level with no consideration taken about international tourist groups that are already within our borders and those that are en route towards us.  There’s simply no consideration about the impact on people’s livelihoods and the job losses that will result as a result of this pathetic hollow government.

Of course, this attitude is not surprising considering that the Minister of no tourism, Mmamoloko Kubayi-Ngubane, has since her appointment made it her mission to destroy tourism in South Africa.  As acting Health Minister, Kuyayi-Ngubane is now able to do a proper job of completely obliterating and killing the tourism and hospitality sectors.

Afterall, I have no doubt that Kuyayi-Ngubane will agree with Ramaphosa, and demonstrate their indifference, that these sectors are “non-essential”.  People who still can’t objectively see how useless this government is, are blind and choose not to see!

PrevPreviousNYC Pride: Everything you need to know
NextIs Covid-19 treatment based on trial and error?Next