What Ramaphosa should have said 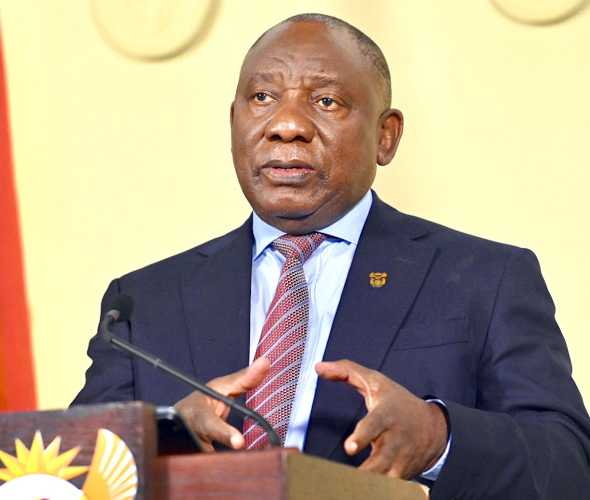 Had Ramaphosa taken responsibility for the fact that the government failed to do what it had to, it would at least have shown leadership.

True, President Cyril Ramaphosa was in a corner.

With infection rates predictably soaring, the delta variant predictably ripping through the country, and venal politicians like the EFF predictably holding rallies as if there was no pandemic, it was all, well, predictable.

So, the lockdown rules he announced on Sunday night — a 14-day circuit breaker, schools closed from Wednesday, all gatherings banned (except for funerals), prohibition on alcohol sales, and a curfew from 9pm to 4am — were, perhaps, inevitable, given his government’s muscle memory for how to respond to a new flood of cases.

But by eschewing accountability for why we’re in this mess in the first place, Ramaphosa miscalculated the national mood. He could have done it far differently.

Had he started by apologising for his government’s role in messing up the acquisition of vaccines in the first place — a strategy which would have prevented many of the 1,198 Covid deaths SA experienced in the past week — it would have defused much of the public anger.

Had Ramaphosa taken responsibility for the fact that the government failed to do what it had to, it would at least have shown leadership.

Instead, he coyly mentioned “missteps”.

But that was far too demure an admission given the world-class delinquency when it comes to ordering vaccines, the fiasco of not having budgeted properly to keep field hospitals open (like at Nasrec), bungling the reopening of Charlotte Maxeke hospital, and the fact that his health minister is on special leave for possible corruption.

As political analyst Daniel Silke put it, the new lockdown underlines the failure to “adequately prepare the health facilities for possible dangerous additional waves over the last year, as well as [the] inadequate and inefficient vaccination rollout”.

That there is bristling anger is obvious. Even in countries that are more advanced in their vaccine rollout, people are fuming at new lockdowns.

Sydney, a city of 5-million people, was placed on a strict two-week lockdown on Saturday, which included closing borders and a ban on outdoor activity (though, like the rest of the world, it didn’t ban booze, obviously).

But, as CNN reported, anger is rising at the low vaccination rate in that country compared to say, the 46% of the US that is vaccinated, or the 47% of the UK.

One sign in the window of a vintage shop in the Sydney suburb of Annandale sums up the sentiment. “Dear customers. We will be closed for the foreseeable future because [prime minister] Scott Morrison is a useless dickhead who only ordered enough vaccines to vaccinate 4% of the population, 18 months into a pandemic.”

Many of SA’s restaurants, which will open their doors today only able to sell takeaways, would empathise.

Of course, it’s easy to grumble from the sidelines. So what could he have done differently?

Raymond Parsons, economics professor at North-West University, says it’s “a pity that there was no indication of possible renewed support measures to offset the potential business distress and job losses that may now develop”.

For example, had Ramaphosa simultaneously announced new relief measures to help the restaurant or liquor industry, such as tax breaks, it would have helped mitigate the fury.

National Liquor Traders Council convener Lucky Ntimane was so emotional on Sunday night, speaking on eNCA, that he accused Ramaphosa of “lying” to the nation about how he has “followed the science”.

And, as DA leader John Steenhuisen argued, Ramaphosa could also have announced that the government would be paying health-care workers overtime, to expedite the glacial vaccine rollout.

Steenhuisen pointed out that just 2,289 people were vaccinated on Sunday — a fraction of the 300,000 per day target Ramaphosa is aiming for. As it stands, with many public vaccine sites operating only from 9am to 3pm on weekdays, there seems to be a distinctly unhelpful civil service work ethic.

Phumzile van Damme, the former DA MP, argues that Ramaphosa should have said that “in addition to imposing some restrictions, we are mobilising additional state resources to speed up vaccination”.

Because the only way to counter successive waves of Covid is to vaccinate South Africans. In the absence of that, lockdowns and closures are predictable.

For Ramaphosa to claim his government only found out about the delta variant two days ago, when this was something that scientists have been speaking about for weeks, says a lot about how on top of the pandemic his government really is.

It also speaks to the government’s planning. Again, they’re making rules on the fly without consulting those most affected, or considering how to mitigate the consequences.

As Steenhuisen asked, how can you force a restaurant to close overnight? “What about all the food sitting in fridges waiting to be sold tomorrow? The government may not plan ahead, but business owners do,” he said.

Ramaphosa needed to act — and people were going to be angry either way, even with the more defensible and science-based of the new measures. But an honest appraisal of why we’re having to do this would have gone a long way to taking the sting out of it.

Rose is editor of FM